US market report: Flexing the muscle

Big ticket R&D projects in biopharma are the main driver of business for cleanroom solution providers in the US. The need for particle-free manufacturing spaces adds to the optimism in the market 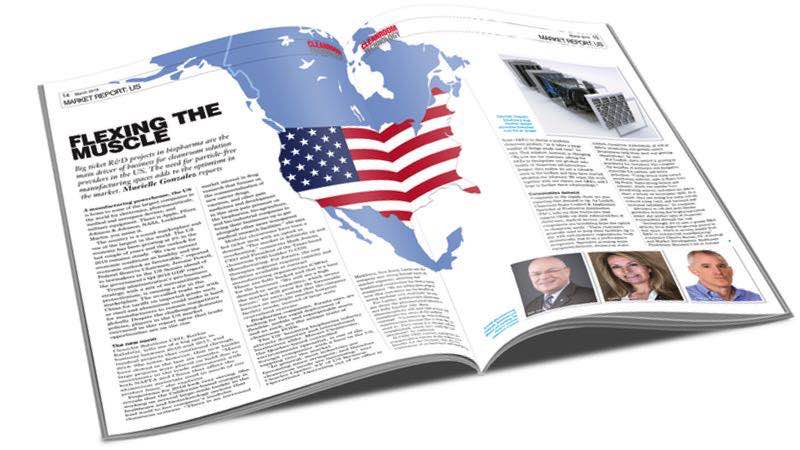 A manufacturing powerhouse, the US is home to some of the largest companies in the world for electronics, pharmaceuticals, medical and aerospace devices, and military equipment. There is Apple, Pfizer, Johnson & Johnson, NASA, Lockheed Martin, you name it.

The country is a sound marketplace and one of the largest in the world. The US economy has been growing at 2% in the last couple of years and the outlook for 2019 remains steady. “We view current economic conditions as healthy and the economic outlook as favourable,” reported Federal Reserve Chairman, Jerome Powell, to lawmakers in the US Senate ahead of the government's Q4 2018 GDP report.

Trump administration’s pro-business strategy, with a mix of mercantilism and protectionism, is causing a stir in the marketplace. The so-called trade war with China for tariffs on imported goods such as steel and aluminium could make it hard for manufacturers to remain competitive globally. Despite the challenging domestic policies, players in the US market canvassed in this report agree that trade opportunities are on the rise.

CleanAir Solutions CEO, Kathie Kalafatis, tells me of a big spike in business between 2016 and 2017, and residual projects that continued through 2018. She notes, however, that new builds have slowed in the last six months. “Many large projects were placed on hold due to uncertainty in the trade agreements with both NAFTA and China that affect the aluminium materials used in much of our product lines,” she explains. 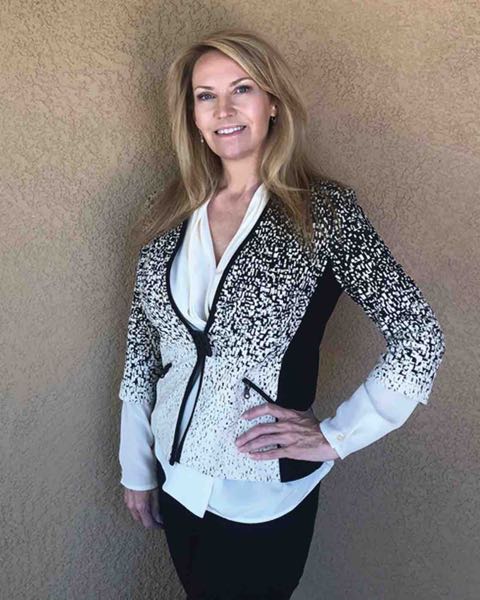 Projections for 2019 look very strong. She reveals that the California-based compay is working on several large-scale builds in the healthcare and biotechnology sectors that lend itself to her company’s modular cleanroom systems.

“There is an increased market interest in drug research that focuses on the commercialisation of new cancer drugs, vaccines, and other pain medicines and development in this area puts pressure on the biopharma, bio-agriculture, and bio-industrial companies to bring their businesses up to par alongside other more transparent medical research facilities,” she says.

Modular cleanrooms have been a hot ticket item with an uptick in demand. “The market is definitely up and overheating,” comments Maik Jornitz, CEO and President of the Texas-based cleanroom POD builder G-CON Manufacturing.

For Jornitz, the new therapies segment requires capacity and facilities available at contract manufacturing organisations (CMOs). These are fully booked and that is a boon for the business. “We still see a high demand in new capacities, which means the market will grow for the foreseeable future,” he says, noting that the company focuses on multiple smaller footprint facility needs, instead of large scale centralised systems.

Biopharma companies, Jornitz says, are looking for the rapid deployment of flexible, mobile and repurposable assets and as such, are the unique traits of cleanroom PODs. 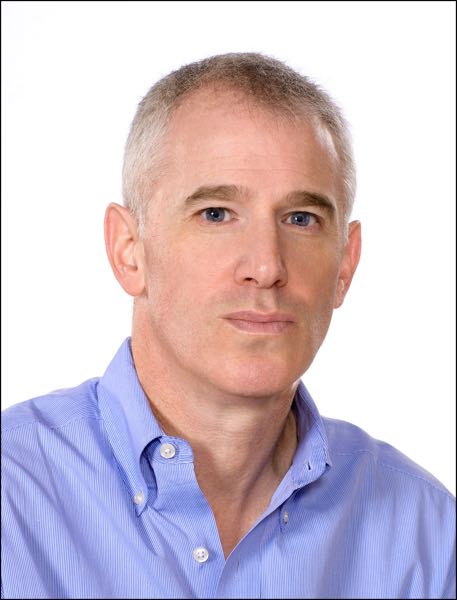 The US’ booming biopharma industry attracts domestics and international businesses alike. Mecart Cleanrooms, the Quebec-based controlled environments specialist, is one of the foreign companies with a base in the US tapping into the market.

“In general, most industries are becoming more stringent, and therefore cleanroom needs are increasing,” says Charles Lipeles, VP of US Business Operations.

Operating out of an office in Mickleton, New Jersey, Lipeles says the company sees strong demand across all market segments, admitting that traditional construction has been a strong competitor. “We are selling more projects now that customers see the benefits of using modular over stick-built,” he says.

For Lipeles, prefabricated cleanrooms are items the pharmaceutical industry is not fully familiar with. Many misconceptions still exist that prevent and complicate the entry of the modular concept. “Customers go with traditional construction because this is what they are used to. They think it is cheaper and less complicated, which isn’t really the case anymore!” he enthused. 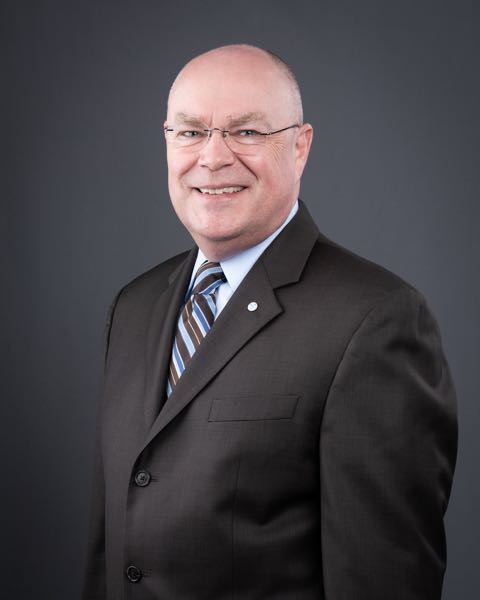 G-CON CEO concurs, saying that the conservative nature of the industry is a hurdle for the business, but also the resistance of architecture and engineering firms (A&Es) to choose a modular cleanroom product, “as it takes a large number of design needs and time” he says.

That mindset, however, is changing. “We now see our customer asking the A&Es to incorporate our product into facility or cleanroom infrastructure designs; they realise we are a valuable asset in the toolbox and they have started adopting our solutions. We enjoy the work together with our clients and A&Es, and I hope to further these relationships.”

Companies in the supply chain are also reporting that demand is up. AJ Lindell, Cleanroom Static Control & Application Specialist at Production Automation (PAC), tells me that businesses that support OEMs via their subassemblies of electronics, medical devices, and components are benefiting from the uptick in cleanroom needs.

“These customers generally need to keep their facilities up to par with end-customer expectations, both aesthetically, and from a performance perspective. Speciality gowning room equipment/fixtures, cleanroom static control, cleanroom workstations, as well as debris monitoring and particle control programmes help them meet ever-growing expectations,” he says.

For Lindell, static control is growing in popularity for customers who recognise the benefits of ionisation and dissipative materials for particle and debris reduction. “Using critical static control monitoring systems, such as Simco Ion's IQ Power Neutralizing System and ionisers, which can include Nova monitoring sensors, customers are able to chart a return on investment (ROI). As a result, they are seeing less costly rework, reduced scrap rates, and increased end-customer satisfaction,” he comments.

Advances in cell and gene therapy portfolios driving the biopharmaceutical sector also pushes sales of cleanroom consumables through the roof.

The demand is coupled with the growing use of single-use systems for traditional biopharmaceutical products. Berron says Avantor's J.T.Baker brand Direct Dispense packaging technology for raw materials and the single-use products for sterile fluid transfer and handling are bucking the trend.

Preparing buffer and cell culture materials in a cleanroom setting is time-consuming and requires significant investment in facilities and resources. These are processes that also require repeated quality assurance testing, cleaning and sterilisation between each batch of materials being processed.

Avantor’s Berron says biopharma manufacturers are finding that single-use flow paths offer an efficiency advantage by eliminating the need for cleaning between unit batch operations. “Also, the wider adoption of single-use products increases the assurance of sterility by closing all the unit operations and transfer steps. However, manufacturers still need to sample from, or add ingredients to their process fluid pathways, and do so in a closed aseptic method to ensure the sterility of the process,” she adds.

Tissue cell culture processes are already required to undergo FDA validation, many related sub-sectors like cell serum production do not currently find themselves under the same scrutiny. The forecast, Kathie Kalafatis says, is that regulatory requirements for these and similar bio markets are just around the corner and more business opportunities for cleanroom services along with it.

“Leaders in the bio-industries are hedging their bets and preparing to compete as cGMP compliant facilities by 2020. Many of these companies are planning for future growth and need a system that will grow with them,”
she says.

CleanAir Solutions works with modular systems that, Kalafatis claims, will allow companies to build for their current needs while continuing to plan for future expansion with minimal impact to their daily operations. “We have systems that were designed specifically to meet the sterility needs of this market. Our walls offer flush interior finishes with coved edges that prevent the build-up of harmful particulate,” she says.

CleanAir also have a unique dual filtration system that eliminates bioburden from the air stream through a process of ionised radiation that transforms them into an unrecognisable state. “Much of the cleanroom construction demand for us will continue to come from the healthcare and bio market sectors well into 2024,” Kalafatis predicts. 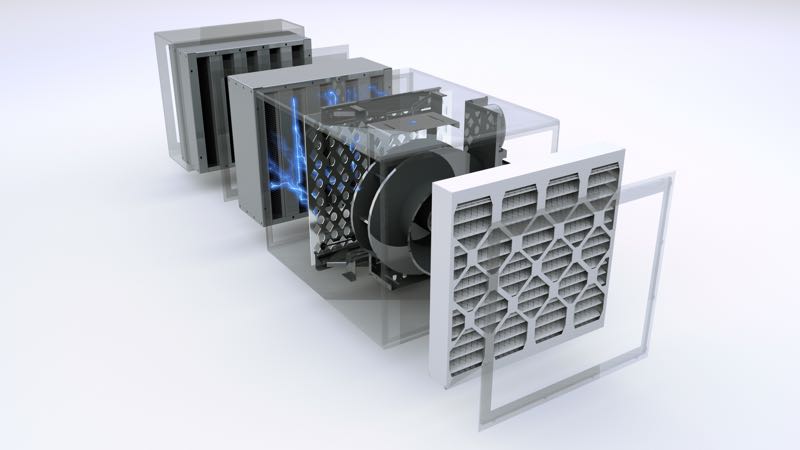 Demand for stringent compliance with standard protocols is also a boon to cleanroom cleaning service providers. “There is a huge opportunity for growth within the compounding pharmacies market,” says Sommer Adams, Marketing Manager at Pegasus Cleanroom & Data Center Services. “The increase in demand for sterile compounding medications has boosted the need for compounding pharmacies in the US” she explains, adding that companies are turning to certified cleanroom cleaning providers to ensure their cleanroom is compliant and guarantee the product integrity.

The increase in technology and demand for cleanroom compliant products is set to help develop the marketplace in 2019 and beyond. “We firmly believe that potential standardisation in the cleanroom design field can create scaling effects to the benefit of all,” says G-CON’s Jornitz, who has embarked on an ambitious plan to expand manufacturing capacity in the US and Ireland to meet the expected demand.

G-CON expanded its corporate campus in College Station with additional 72,000 sqft of manufacturing space, bringing the total to over 140,000 sqft. Also hiring its first international employee in Ireland, the company now has representation in China and the Far East. Moreover, through a collaboration with Asgard Cleanroom Systems, G-CON can now produce PODs in Europe, servicing the entire region.

“We see the future twofold,” Jornitz explains. “We believe in standard cleanroom PODs, which we can mass produce like a car, except it is much less complex. Secondly, we will create more and more turnkey solutions, similar to the iCON solution we launched with IPS,” he says. The product would be mainly for cell therapy and laboratory purposes. An electronic catalogue of these turnkey solutions would create much faster design timelines and a knowledge base, not only for design and build, but for qualification tasks.

“There is a great potential of cost reductions when we start mass producing prefabricated cleanroom PODs,” he enthused. 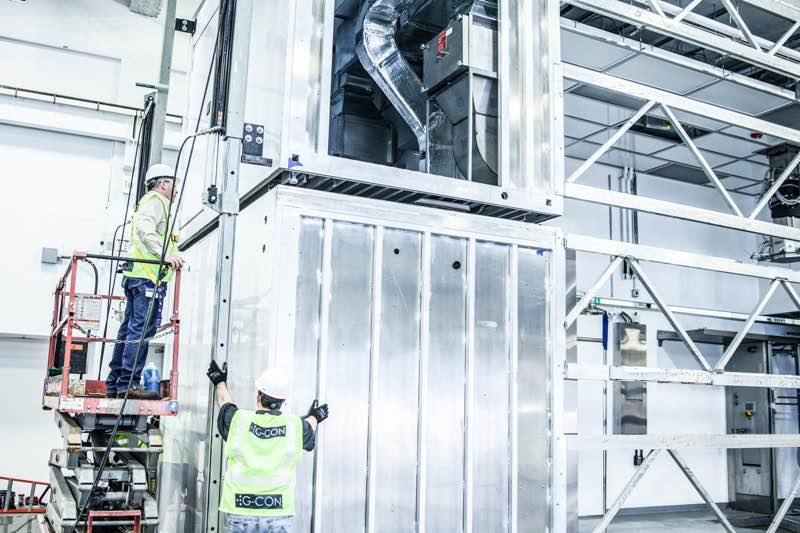 Growth potential is also expected from wafer processing equipment in the next few years. For CleanAir Solutions, however, the next real impact to the cleanroom industry will come from US investment in artificial intelligence.

CEO Kalafatis reveals the company is currently working with two pioneers in AI on prototype manufacturing facilities. “The growth in this industry is projected to reach $105 billion by 2025,” she says, noting that AI robotics require continued development of automation and related software, both of which require particle-free and ESD safe environments.

Kalafatis says her company’s modular cleanroom systems were originally designed to meet the very specific demands of the microelectronic industry. “The application requirements for AI are very similar, so are well positioned to serve this new sector of business growth in the coming years,” she says.

Expertise and manufacturing prowess abound in the US, two essential traits if companies want to realise the market potential.