What is happening in the cleanroom market in 2022's DACH region

A look at the trends and major business deals through Germany, Austria, and Switzerland in a time of great turmoil across Europe 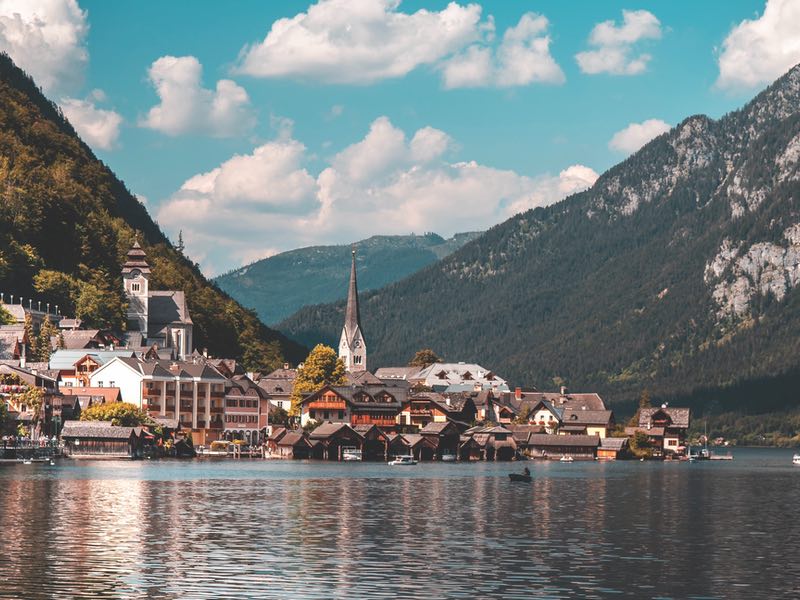 Following the exploits of the DACH region's cleanroom market throws a very wide net. All manner of service providers for the controlled environment sector exist in the region, but there are a few stand-out trends and business moves that are defining the region’s current status.

There has been a huge amount of acquisitions in the cleanroom sector around the world. Amalgamation of smaller companies is rapidly occurring as many larger firms see the potential of the industry. As such, the huge part played by Germany, Austria, and Switzerland, commonly known as the DACH region, is being heavily emphasised.

A shining example of this trend was seen with the news of Caverion’s acquisition of Austria-based Felcon at the end of 2021. The acquisition of the small cleanroom design & build firm was made for an undisclosed amount, but the man heading up Caverion’s Austrian operations, Manfred Simmet, said that it was a great opportunity for the company to expand its cleanroom business.

Finland-based Caverion’s choice of an Austrian company exemplifies that the region is of importance to the sector. In fact, for the clean air and containment specialist Envair Technology, Germany was highlighted as one of two areas that have seen the largest increase in orders alongside Ireland.

Language has a huge influence on business, like it or not. In a report about Italy-based Steriline’s project partnership with Berlin-based bess pro, the companies discussed Steriline’s replacement of manual and laboratory machines with more performing and reliable automatic solutions with an extremely small footprint for bess pro.

In this report, Mirko Ebeling, Managing Director at Ebetech GmbH, Steriline Sales and Service Organisation for German territory, explained: “The R&D area is very challenging with clients asking for support when there are new drugs to develop. And sometimes language can be an obstacle, above all when working with German clients who prefer to have a German-speaking point of contact. We usually work to customise our standard solutions or to develop new ones following specific requirements, and this was exactly the case with bess pro.”

And this is just one of the reasons that the DACH region works so beautifully, with a huge crossover of languages there is less opportunity for miscommunication.

But it is not just local growth that the region is experiencing. The area is a hub for those that require cleanroom services much further afield. Austria-based cleanroom engineering specialist ZETA has opened a hub in Singapore after seeing a growth in demand in the region.

In huge news, COVID-19 vaccine producer BioNTech also launched its modular cleanroom solution, BioNTainer. This solution was built with the aim of providing end-to-end GMP vaccine manufacturing in Africa. The launch of the product was greatly attended by many African leaders and subject matter experts from BioNTech's home nation of Germany.

Macky Sall, President of the Republic of Senegal and President of the African Union, said: “We are looking forward to working with BioNTech to install the modular production system for mRNA vaccine manufacturing in Dakar in the coming months.”

Many countries rely on services provided in the DACH region and it is attracting more attention after the pandemic shone a light on its importance. Proving once again that the DACH region is not just growing in and of itself, but is also a major player on the world stage.

Analysis and monitoring is also a service that sees a lot of competition in the DACH region. “Germany is Europe’s largest laboratory and scientific instrumentation market that has grown constantly in the last few years,” Telstar’s Roberto Buzzi explains. The engineering firm has recently launched a Biosafety Cabinet with an antimicrobial coating to Germany in hopes of appealing to the huge number of lab equipment distributors there. The new BSC is designed to integrate pharmacy compounding software programmes in hospitals.

“[This launch represents] an interesting opportunity for growth for the Telstar Research and Medical Division product portfolio,” the R&M Global Sales Manager said. “By introducing a Sales Manager located in Germany, Telstar is looking to strengthen commercial ties with German laboratory equipment distributors and to address the needs of German Academia, Research and Pharma end users.”

A local presence for cleanroom equipment is even more important as the supply chain carnage resulting from the tail end of the pandemic and the conflict between Ukraine and Russia continues. Cleanroom garment and consumables firm Dastex based in Germany released a statement in April warning of the “skyrocketing prices” in all sectors. “Unfortunately, the transport sector is also still under heavy pressure due to shortages of cargo space and the massive increase in fuel costs,” the company stated. “Delivery delays and constantly rising transport costs make the international flow of goods more difficult day by day. We are in close contact with our manufacturers and transport service providers and try to keep the negative effects as low as possible.”

Spetec, the provider of controlled environment products and services from the mobile laminar flow box to complex turnkey cleanroom systems, has also identified the need for storage to prevent the impact of future supply chain issues. As such a new warehouse is being built on the company’s premises. “Construction work is well underway,” the company stated in a Facebook post.

Hydrogen peroxide was the darling child of the pandemic and the uptake of whole-room fogging systems was meteoric through 2020. In the middle of 2021, alongside price increases from many companies worldwide, Germany-based Evonik raised the price of their “active oxygens”, increasing hydrogen peroxide and peracetic acid brand costs by 8%. The company applied this price increase across Europe, the Middle East, and Africa. As a huge supplier to the DACH region, this was was huge news to those operating pharmaceutical cleanrooms and other controlled environments.

The increased demand for sterilisation capabilities is a trend that Nelson Labs and Sterigenics took advantage of when they expanded the former’s Wiesbaden facility to 10 times the size of the original lab and included both GMP Grade A and B cleanrooms. The expansion created a centre of excellence for microbiological laboratory testing, but also greatly increased the sterilisation capacity.

“Wiesbaden is a recent example of our commitment to add or build capacity where the market needs our services," said Mike Rutz, President at Sterigenics. "This new expansion was successfully fast-tracked from investment decision to commercial readiness in less than a year and will provide additional capacity within the Sterigenics network to help get customers' product to market in a fast, flexible, and safe manner."

Pharmaceutical production has been, and seemingly always will be, a staple of the DACH region and a few surrounding countries. But the domestic onshoring of microelectronics and semiconductor manufacturing is a movement those in business and in government are keen to push, especially considering the recent chip shortages that have plagued the area and much of Europe.

Companies like Germany-based Infineon (formerly Siemens Semiconductor), are seeing huge revenues up 22% due to these shortages.

In fact, the European Commission announced the European Chips Act in March 2022. This adds €15 billion to an existing €30 billion in public investments to create new STEM-focused programmes, attract new talent to Europe, and build new infrastructure.

At the time of writing, a new partnership between ClassOne Technology and the Fraunhofer Institute for Electro Nano Systems (ENAS) has just been announced.

ClassOne Technology is a global provider of advanced electroplating and wet processing tools for microelectronics manufacturing and will work with ENAS on hybrid bonding techniques for heterogeneous integration of high-density pixel arrays. The work, to be carried out at Fraunhofer’s Chemnitz, Germany, facility will see the two partners collaborate to develop, optimise, and integrate individual unit process steps involved in hybrid bonding of high-density pixel arrays and CMOS devices, enabling creation of thin, compact final devices for advanced imaging or sensing end products.

John Ghekiere, VP of Product and Technology for ClassOne Technology, whose solutions have been selected by the world’s leading fabs for development and production of microdisplays, said: “Fraunhofer requires the advanced electroplating capability that our Solstice platform delivers, and ClassOne seeks to ensure our solutions fit perfectly into the emerging integration schemes that are driving new, enabling device innovations.”