Michael Sassano: the man bringing US cannabis know-how to Europe

The European cannabis industry is at a crossroads. The World Health Organization’s (WHO) rescheduling recommendations will be decided next week, during the 63rd Session of the Commission on Narcotic Drugs (CND) on 2-6 March. The European Union's executive branch proposed last January that EU member nations vote in favour of three of the five proposed changes.

The reform is a call for health-oriented public policies and truth about the effects of cannabis use. The WHO said the proposal came from an unprecedented scientific assessment of cannabis, cannabinoids and cannabis derivatives. An outline of the WHO cannabis rescheduling recommendations to the UN Single Convention on Narcotic Drugs of 1961 is found at the bottom of this page.

In a nutshell, cannabis, cannabis resin, and tetrahydrocannabinol (THC) — the psychoactive element that makes you “high” — will be removed from the Schedule 4 but will remain in Schedule I.

The combination of Schedule I and Schedule IV is the most restrictive level of control applied to psychoactive substances with no medical use such as heroin. Until now, cannabis has been in both schedules, subject to all measures of control applicable to drugs under the convention. Thus, the changes not only recognise the medical value of cannabis compounds, but could lift restrictions on the production and supply, which has been a barrier for further research and development.

"This declassification is more symbolic than ground-breaking," tells me Michael Sassano, Founder and CEO of Solaris Farms, a Nevada-based cannabis cultivation company. Sassano also serves as Chairman of the Board at Somai Pharmaceuticals, an Ireland-based company with wholly owned subsidiaries around the EU for the distribution of cannabis products. Somai has started cannabis cultivation in Greece, and Sassano tells me more about the project in this interview.

Cannabis, CBD and other cannabinoids

Pharma companies, big and small, have been investing in finding novel applications for medical cannabis with some success. GW Pharmaceutical's Epidiolex is a prime example, following its FDA approval to treat two rare forms of epilepsy. Teva, Pfizer, Sanofi, and Merck & Co, to name but a few, are also in pole position in the market; they are among Canada's top 10 cannabis patent holders.

There is also CBD (cannabidiol), the booming yet controversial blockbuster ingredient, becoming ubiquitous in food, supplements and cosmetics products. Compliance in these applications demands manufacturers to refrain from health claims and keep THC content below a 0.3% threshold. 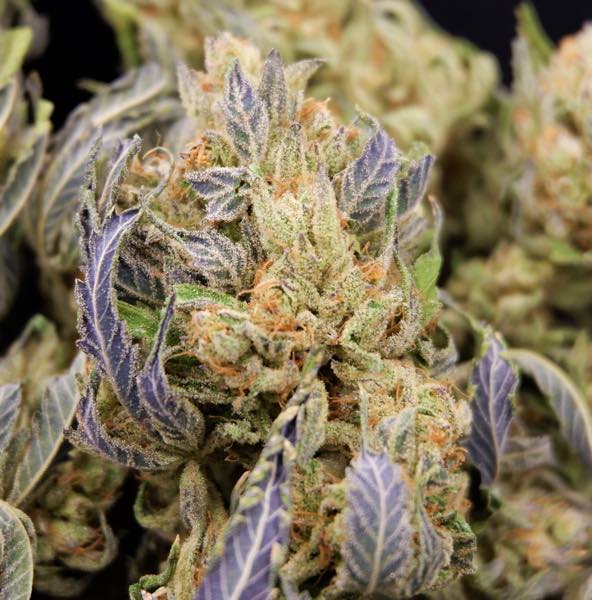 The rescheduling seems reasonable. Pharmaceutical companies are used to handling and developing medicines that are regulated as narcotics; opium and morphine come to mind. The question (not to say fear) is whether reforms to the international law pave the way for decriminalisation, thus authorising recreational alongside medical use. Such a policy is a reality in Uruguay, Canada and South Africa, and to some extent in the US; legal in 11 states for adults, and legal for medical use in 33 states.

A US native, Sassano believes a more liberal approach to the use of cannabis will take some time for Europe. "Few countries are following the US model of recreational and a loose version of medicinal so that patients can receive cannabis products now," he says. "I expect that actual pharmaceutical companies are not happy with the trends of Denmark and Luxenberg and that by the end of 2021 we will see a more liberal approach to cannabis as a medicine in Europe, but it will take time to implement."

Denmark and Luxembourg opened the discussion for regulating recreational cannabis use a couple of years ago. Now, Denmark is setting up the Christiana neighbourhood in a trial inspired in Holland's coffee-shop model. In Luxembourg, the recreational approval of cannabis is scheduled for 2022.

Nonetheless, the regulatory landscape for other cannabinoids on the market is not so clear. Take CBN (cannabinol), for example. Formed from the oxidation and decomposition of THC from a hemp plant, CBN has a mild psychoactive response, slightly higher than CBD but much lower than THC. The industry used to consider it a waste by-product, but that changed after a study by Steep Hill labs showed that CBN could be the most sedative of all cannabinoids. The findings led to further research on its therapeutic effects and role in regulating the endocannabinoid system.

Places like Switzerland have 1% allowance for THC. Other countries have lower thresholds of THC, but still, technically this would fall into Schedule 1 because of the THC

"It is a safe bet to consider all cannabinoids as a Schedule 1 but CBD," Sassano tells me. He recognises CBN is relatively new in the US market and anticipates there will be many applications for CBN as a substitute for sleeping pills, and the hope that CBN binds to the endocrine system better than synthetic versions.

The focus of the marketplace is on CBD, Sassano admits, noting regulation is developing. "Places like Switzerland have 1% allowance for THC. Other countries have lower thresholds of THC, but still, technically this would fall into Schedule 1 because of the THC. It is most likely that CBD itself will fall outside Schedule 1 going forward, but companies [making products] like GW Pharma's Epidiolex will not be happy and have powerful lobbyists," he warns.

Sassano believes in quicker adoption of herbal remedies the likes of cannabinoids. "CBD is mostly a herb that has positive anti-inflammatory effects and should be readily available," he says. "My caution lies in touting CBD as a panacea to cure-all. But as a daily herb, the effects should be positive for most. Education and disclosure are important, but pharmaceutical derivations of CBD I do not believe are needed."

Sassano is a leading figure in the US for growing cannabis to a commercial scale in the heart of Las Vegas, Nevada, where Solaris Farms is located. His views on the European market are linked to the cultivation project he is spearheading for Somai Pharmaceuticals in Greece. "I will be bringing the US know-how to Europe," he tells me, noting the US market sells over $10 billion and is far more advanced in growing and extracting cannabis products.

Solaris Farms is located in 12 acres of land. The company operates state-approved space of over 300,000 square feet, developed in two phases. Phase one, currently up and running, consists of 34,000 square feet of cultivation, production and operation.

The project in Greece is in an ocean-front property in the Kalamata region; a watermelon farm until now. "The area is famous for olives and year-round watermelon production because of the moderate weather," Sassano explains. Somai's Greek operation is two hours from Athens and has an international airport a few minutes away.

"After growing in the extremes of the Mojave Desert, I specifically looked for the most temperate region of Greece to cultivate on," Sassano says. "Being on the ocean makes for a warmer winter and cooler summer because water temperatures do not fluctuate like air. It's nice to farm where you need less equipment to control the environment. And having an ocean-front laboratory will be great for employee happiness," he enthuses.

Phase 1 of the Greek project comprises 10 acres of land. There will be a 2,000 sqm (expandable to 4,000 sqm) of initial GMP operations and formulations building, a 4,000-sqm greenhouse, and over 28,000 sqm of specialised grow for cannabis extraction product.

Sassano tells me that once fully operational, the cultivation ground will produce more than 100,000 kilos of product annually. "Our extraction and products will be the key to our future," he says, recognising the US extraction capabilities are years ahead of anyone. "Initially, I am focusing on 95% pure distillate and 99% pure isolate to formulate drops and pills. Eventually, Europe will allow these pre-made products without requiring five years of testing. But for now, we must follow the current framework," he admits. 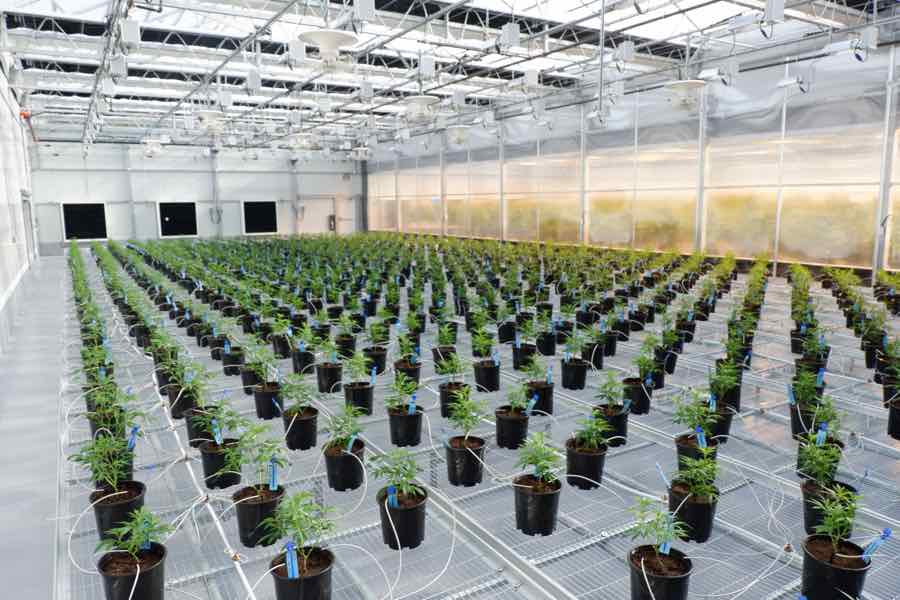 Distribution and supply is the next challenge. Sassano tells me the entire German sales of 12,000 pounds last year is what Solaris Farms can produce in its current phase 1. Clearly, there is a long way to go for distribution and to get the product to the people. “Our approach is to make a cost-effective facility that can expand as the market grows. We will build and produce with the understanding Europe distribution isn't there yet," he says.

Sassano knows there are larger companies than Solaris or Somai pushing for greater cannabis access, but this is not an overnight task. "As you see from the current markets, most Canadians that expected greater EU access are in big trouble. I have witnessed states in the US develop for years; other countries develop and have lived in Europe for 20 years. I know cannabis by experience; everyone has to be patient. End of 2021, [the industry] will be much more clear," he concludes.

Somai is currently working on a dossier for the pharma market; time-consuming paperwork not needed in the US under the medical and recreational programmes. "Formulating products for EU that we know work in the US is tricky right now since there are no clear rules and pharma products will take years of paperwork," Sassano says. "Compounding in Germany is a way around lengthy clinical trials, but Somai's goal is to work within those pharma rules as they develop. And I imagine, when the US legalises, the world will follow to some extent," he concludes.

The WHO cannabis rescheduling recommendation

An international treaty, the UN Single Convention on Narcotic Drugs of 1961 prohibit production and supply of specific narcotic drugs and of drugs with similar effects, except under licence for specific purposes such as medical treatment and research.

The Convention's Schedules of drugs range from most to least restrictive as Schedule IV, I, II, and III.

Drugs in Schedule I are deemed liable to significant abuse and produce ill effects, and those in Schedule IV are those in schedule I whose liability is not offset by substantial therapeutic advantages.

The WHO's rescheduling recommendations are: