Following feedback from users several improvements have been released including a new dashboard and reporting tab.

In response to feedback from users, several new features have recently been added to the portal including: 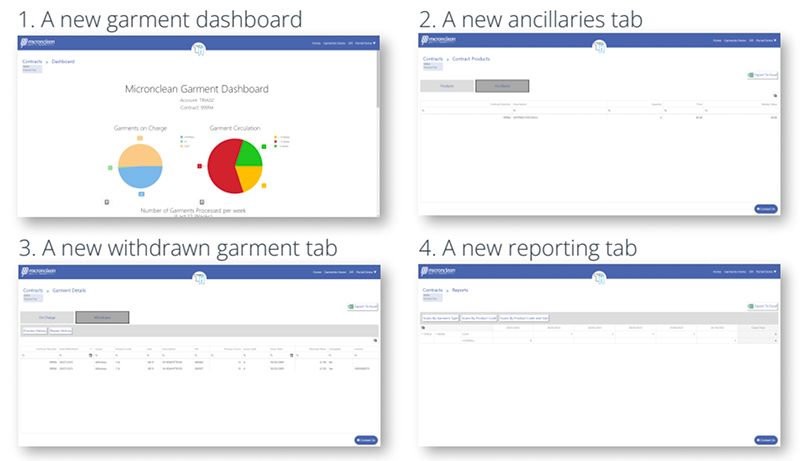 In all these cases we have taken great care to display all the required data with clear, simple easy to understand logical groupings. In addition, the new reporting tab provides powerful insight to garment usage.

Micronclean’s Group Product Manager for Cleanroom Textiles, Stella Yates, commented: “The Garment Portal has proved to be a great success since its launch in that it allows garment contract owners to interrogate the system when it is convenient to them with the knowledge that the data is always up to date.

By listening to feedback from users we have been able to release several new features which improve the usability of the portal and with the advent of the new reporting tab we have given customers direct access to reports that previously could only be generated internally.”