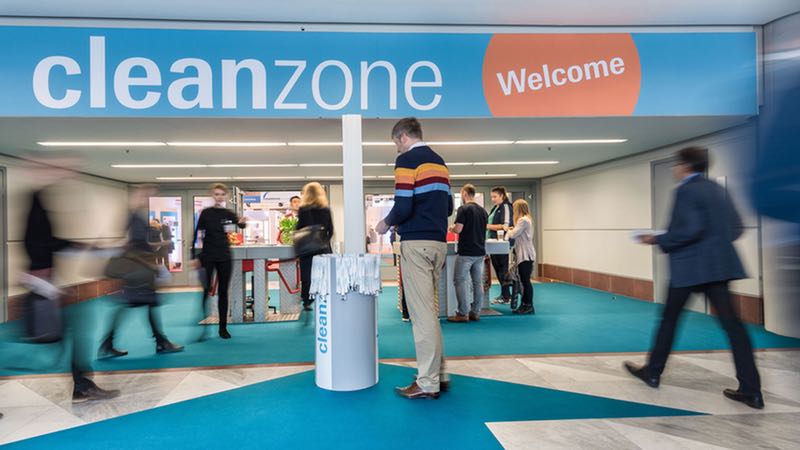 Cleanzone 2019 approaches. The trade show returns to Frankfurt am Main, Germany, on 19-20 November, and companies are already gearing up for the exhibition.

With the premise, "Cleanroom technology should focus on product requirements – not on the length, width and height of a facility," the event is set to offer visitors a chance to get the information they need. Costs can be kept within reason if the right preliminary measures are taken.

Joachim Ludwig, CEO of Colandis in Kahla, commented: “An automotive supplier submitted a request for an ISO Class 7 cleanroom that was hundreds of square metres in size. Initial cost estimates resulted in an offer amounting to some €450,000.

"After visiting this potential client, however, the sales representative determined that the production systems that were to be used in this cleanroom would be better suited to a mini-environment solution; in fact, all that was missing were the corresponding filter-fan modules for the combined intake, filtration and supply of air.

"As a result, instead of pouring funds into a new cleanroom, the automotive supplier invested in intelligently upgrading their production systems. The project volume: €35,000!" Ludwig concluded.

This example offers a valuable lesson: a change of perspective is well worthwhile. Deliberations should not start with the cleanroom itself (length x width x height plus various specifications in accordance with the ISO 14644 standard), but rather with the product and the desired level of quality.

Changing perspective in this way often leads to mini-environments. Engineering and cleanroom company, Egon Buchta in Wannweil, explained: “In the field of pharmaceutical manufacturing and production at hospitals and public pharmacies, health authority pharmacies and regional councils are imposing increasingly strict requirements. For example, even though the Pharmacy Practice Order permits three different production variants for cytostatics and for substances that are carcinogenic, mutagenic or toxic to reproduction, governmental authorities are increasingly demanding that the most elaborate of these variants be chosen: manufacture in cleanroom Grade A with a surrounding area of cleanroom Grade B.

"This means greater volumetric flows, more rooms and airlocks, higher textile costs, longer periods required for the entry of employees and materials into cleanrooms, and extended measurement times. In short: increased costs in every aspect of the process," Buchta said.

The company states, however, that it is still possible to find more cost-effective solutions. A new cytostatics laboratory, for instance, can also be planned with the variant cleanroom Grade A with a surrounding area of cleanroom class D. This requires that work be done within mini-environments (Grade A glove box) using relatively thick gloves (similar to neoprene). This reduces the size of the cleanroom required, and it means that a lower volumetric airflow is sufficient. 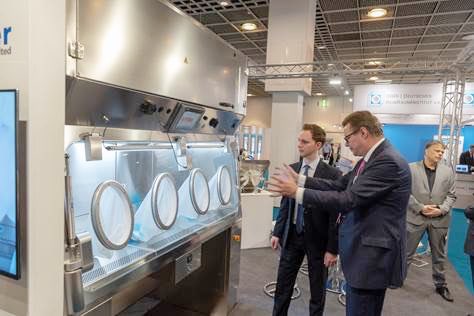 From the field of pharmaceuticals to microchip production, explains Josef Ortner of equipment manufacturer Ortner in Villach, two trends are currently having a major impact: “There is a general move towards the reduction of air volumes, and multi-tasking components are frequently being used to reduce energy consumption, such as combined filter/fire alarm/ceiling lighting components,” he said.

There are countless approaches aimed at reducing air volumes. If air diffusers are installed on ventilation grilles, for example, this can lead to unwelcome turbulence, hindering or even preventing laminar flow.

Sometimes, replacing a grille with lateral skirting is sufficient, and this also reduces the volume of air circulated. Those who are able to reduce their air exchange rates also lower their energy consumption, increase the service life of their filters and reduce noise levels during operation. However, it is then necessary to account for an automatic increase in recovery times, i.e. the periods during which particulate contamination declines from a predefined level to one per cent.

When it comes to energy costs, it is almost always a good idea to determine the airtightness of the building shell or the individual cleanroom

Should further optimisation be necessary, it is worthwhile to visualise the flow conditions in the cleanroom using new 3D video technology and VR glasses. Similarly, when it comes to energy costs, it is almost always a good idea to determine the airtightness of the building shell or the individual cleanroom, for example, by using the blower door test.

In future, it will even be possible to adapt air exchange volumes to the number of employees thanks to intelligent access control systems. No longer will it be necessary for cleanroom operators to provide for safety margins for particle concentrations that are multiples of what is actually required; something that is not at all uncommon.

“For one customer, we analysed all of their processing facilities, and by the time we were finished, we had been able to reduce the required volume of process air by 40,000 cubic metres a year thanks to various fine-tuning measures," Ortner commented.

It’s time to start the dialogue. At Cleanzone, the international trade fair for contamination control and cleanroom technology, on 19-20 November in Frankfurt am Main. As to which specific items of cleanroom technology should be deployed, ISO 14644 is a fundamental standard that services as a good starting point, as does the VDI 2083 guideline series from the VDI Association of German Engineers.