A real-world utilisation of dynamic air control in a cleanroom, in this case study EECO2's Jamie Young explains how the system works and gives an update on how the regulatory compliance is going on this fascinating landmark project 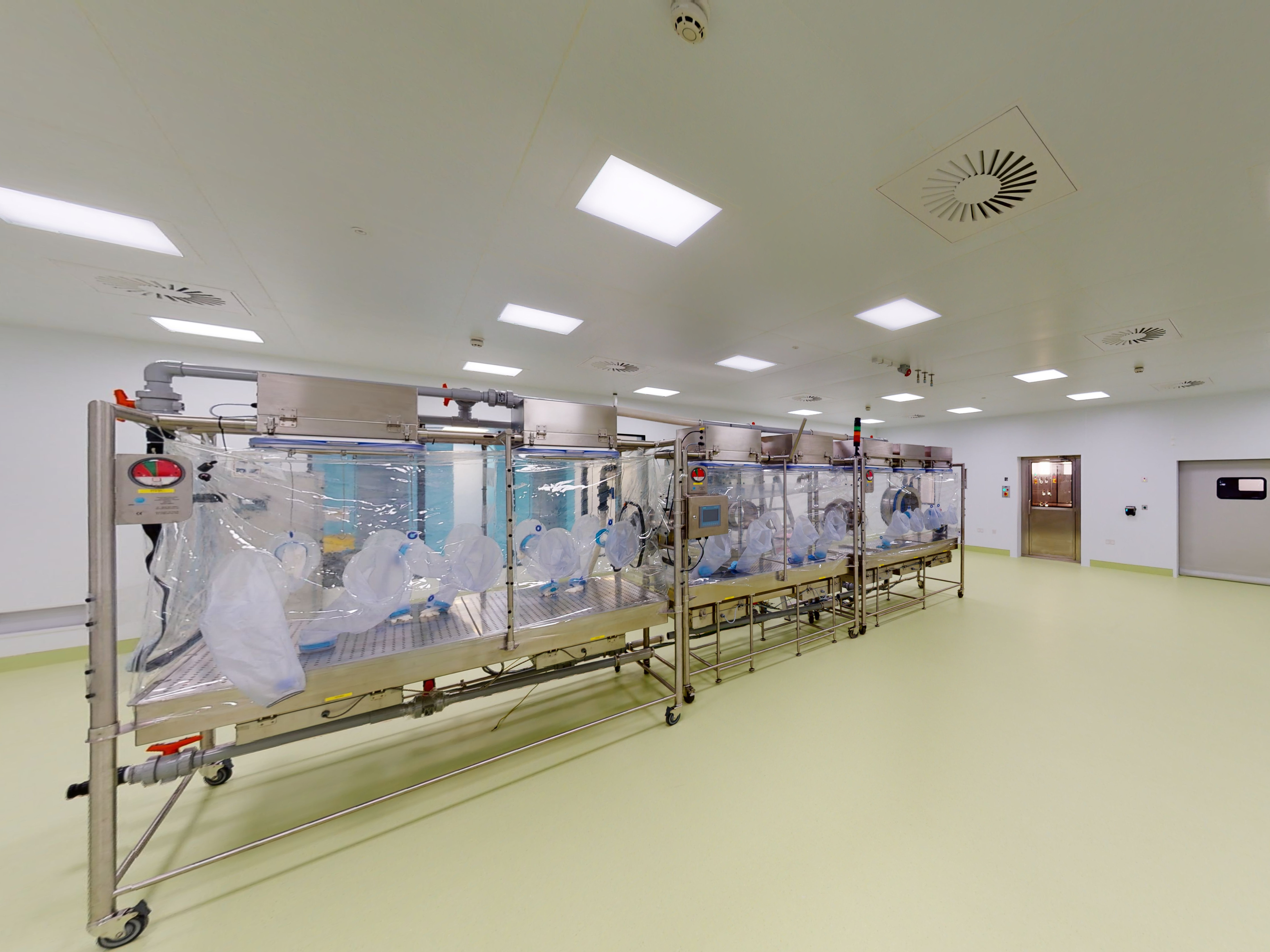 According to the International Panel on Climate Change (IPCC) 2022 report, global temperature rise is set to surpass 1.5°C in the next two decades. With this comes an increase in extreme weather conditions and natural disasters, ranging from floods and high winds to severe heatwaves and droughts.

As an industry centred around people and wellbeing, this is of great concern to the pharmaceutical sector. An unhealthy planet will only be detrimental to the health outcomes of patients. To tackle this, many life science organisations have been considering ways to decarbonise their entire value chain. Opportunities to achieve this include the installation of heat pumps, the procurement of clean energy and the electrification of logistics and supply chains.

However, one area that is often overlooked is that of the cleanroom. Of course, cleanrooms are vital to pharmaceutical production - the ability to control critical factors is essential to producing high-quality and compliant products. But an unfortunate reality of maintaining controlled environments, like cleanrooms, is that they are incredibly energy-intensive spaces, so much so that they can be up to 100 times as energy-consuming as office buildings of the same size.

What we’re trying to achieve in cleanrooms is a steady state. When you start talking about ramping up the air during production as different amounts of people come into the room, and you’re beginning to control that, instead of having [contamination] spikes… suddenly you’re beginning to control some of these peaks and you’re actually managing to get a more consistent environment

This high level of energy consumption is typically driven by the heating, ventilation and air conditioning (HVAC) system, which not uncommonly accounts for 60-90% of total cleanroom energy usage, making HVAC a great opportunity for energy reduction in clean spaces.

Due to the need to maintain critical factors in cleanrooms, lowering energy consumption can be challenging. A key aspect of pharmaceutical manufacturing is adherence to the rules of Good Manufacturing Practice (GMP), with many life science organisations setting strict internal standards for air change rates (ACRs) in an effort to maintain cleanroom cleanliness. Airflow, provided by the HVAC system, helps to dictate the rate at which cleanroom air is changed, but airflow and ACR are not always reliable indicators of cleanroom cleanliness performance.

Other factors like contamination removal effectiveness play a vital role in creating a compliant environment for pharmaceutical production. 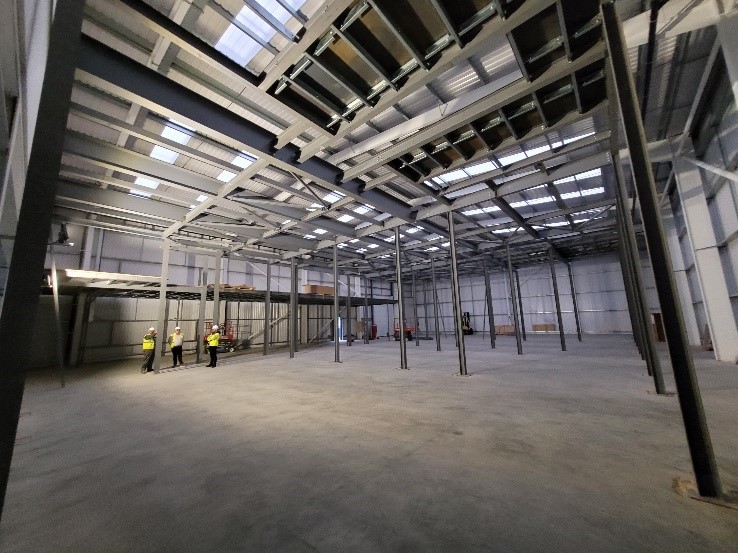 What is the problem with the current approach to cleanroom airflow?

When controlled spaces are designed, it is often assumed that the cleanroom will be operating under worst-case scenarios – where contamination levels are at their highest and therefore air change rates are also at a high rate to offset this. But as many cleanroom users know, worst-case operating conditions are not part of everyday life for the majority of facilities.

In theory, these challenges can be overcome by taking a more dynamic approach to cleanroom air change rates. Currently, cleanroom air change rates are fixed with little consideration for the daily activities in the room. As EECO2’s Executive Director and cleanroom energy efficiency expert, Keith Beattie states, “most of the time, there’s very little going on in the spaces, we’re running these very energy intensive spaces all the time and there’s very little activity in them", not only is this disappointing from an energy conservation perspective but this also results in fluctuating contamination levels that are heavily influenced by the people and processes taking place at that time.

A more energy-conserving method would involve a dynamic airflow, that aims to preserve a fixed contamination level that is set well within the classification limit.

Are there any real-world examples?

Putting the theory into practice, a significant design and build project at the Cambridge Research Park between EECO2 and Cambridge Pharma is soon to be completed.

This state-of-the-art facility is home to the world’s first commercial iteration of this dynamic cleanroom control concept. A series of particle counters are strategically placed in different rooms to provide real-time contamination data that powers an adaptive demand-based control of the air supply.

Particle setpoints are designated and maintained at a percentage of the compliance limit. Essentially, this means each space receives only the required airflow to deal with the contamination level at that time, resulting in considerably fewer air changes per hour and reduced energy expenditure when compared to a static system.

In the event of a worst-case contamination scenario occurring, the system is able to rapidly increase airflow to combat the challenge in the environment. 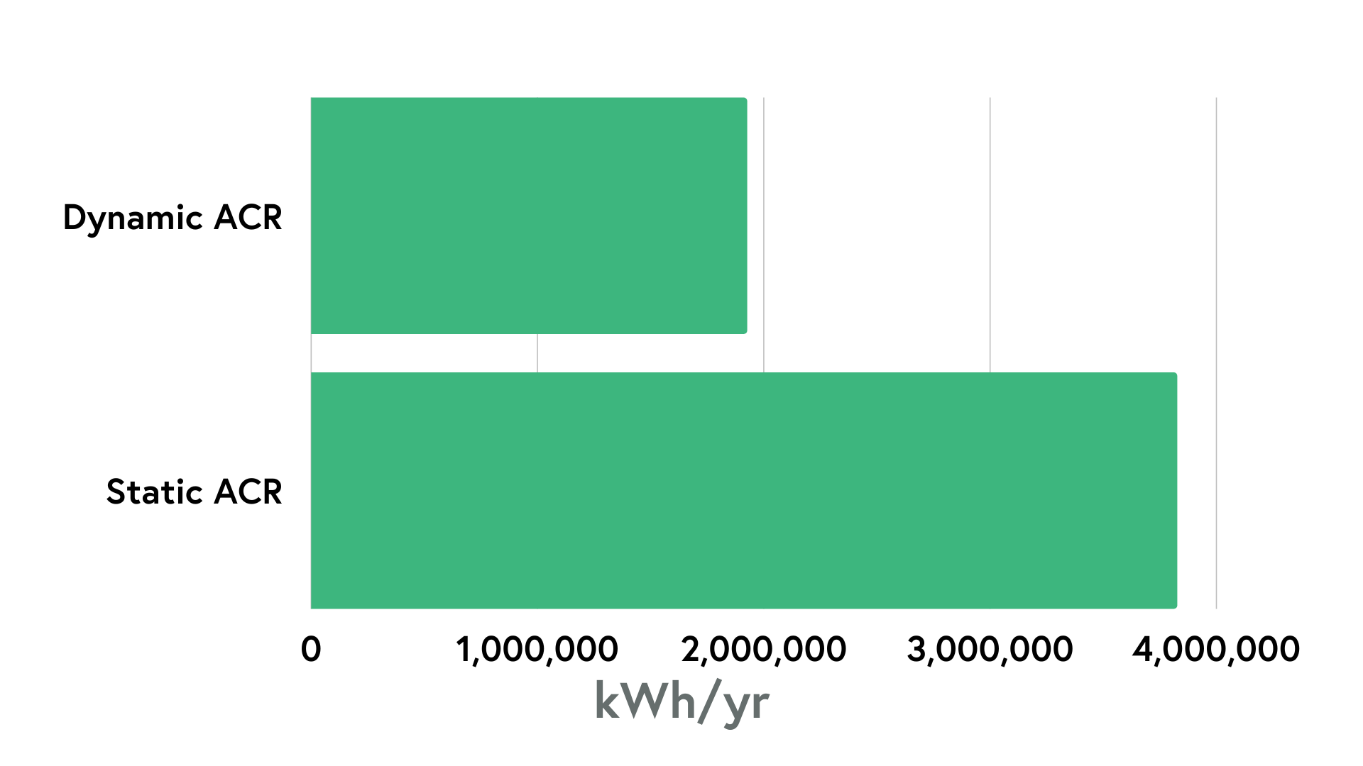 Like all good cleanrooms, the facility was designed and constructed with the client’s requirements in mind. Specialising in process development and sterile fill-finish, and with a client base ranging from small start-ups to large pharmaceutical enterprises, Cambridge Pharma was aware that its new facility may not be in operation 24/7, and there was an opportunity to reduce operational expenditure.

During early planning, the initial idea was to utilise an overnight setback programme which would allow for energy saving during the facility’s lowest point of activity. Through discussions with EECO2, it was understood that even greater energy reduction could be realised through the installation of an Intelligent Cleanroom Control System (ICCS).

This system in Cambridge also controls for other critical factors such as temperature, humidity, pressure and outside air levels to provide a compliant and comfortable environment suitable for Cambridge Pharma’s needs.

How does a dynamic system affect compliance?

Energy efficiency was not the only focus for the Cambridge Pharma and EECO2 teams. As Cambridge Pharma Construction Manager, David Mitchell states, “What we’re trying to achieve in cleanrooms is a steady state. When you start talking about ramping up the air during production as different amounts of people come into the room, and you’re beginning to control that, instead of having [contamination] spikes… suddenly you’re beginning to control some of these peaks and you’re actually managing to get a more consistent environment”.

Consistent environmental performance is key in cleanrooms, so the dynamic system at the Cambridge Pharma facility continuously monitors and responds to the contamination challenge at all times, which better guarantees a compliant space versus traditional fixed air change rates.

In relation to qualifying the facility, the installation of an Intelligent Cleanroom Control System has little impact on the overall approach to qualification. The ICCS is a commissioned but unvalidated control system that works alongside a validated environmental monitoring system (EMS).

Crucially, the qualification approach is centred around qualifying the environment and the output of the system, rather than the system itself.

With this in mind, the operational qualification stage of the qualification process is currently taking place, utilising the minimum threshold airflow rate in each suite, which resides at around 5 air changes per hour. By utilising the data gathered so far, the results have been clear, the system is operating between 20-30% of the class limit for an ISO Class 7 cleanroom, which is well within the tolerable margins of a compliant production facility.

The facility itself is composed of both grade D and grade C rooms, with 2 filling rooms operating under grade C conditions. Each filling room is equipped with an isolator, Filling Room 1 contains a flexible wall isolator while Filling Room 2 features a solid wall isolator. Interestingly, a sustainable approach is not solely limited to the HVAC system, all areas are equipped with motion-based lighting and the energy provided to the facility is supplied from green sources.

Early data indicates the dynamic approach has been successful in creating a more energy-efficient cleanroom - the application of ICCS at the Cambridge site has shown a 50% reduction in fan energy consumption when compared with a static system at 15 air changes per hour. This figure is only set to increase as further optimisation efforts continue.

Of course, with such drastic changes in cleanroom energy use, the implications of dynamic cleanroom control are far-reaching. From the pharmaceutical industry to the high-tech sector, cleanrooms are pivotal to everyday production, thus compliant and proven energy reductions in these closely regulated areas will only assist those organisations that have committed to ambitious decarbonisation objectives such as AstraZeneca and GSK.