Modular building techniques are omnipresent in the construction field, but no where is this system more discussed than in controlled environments 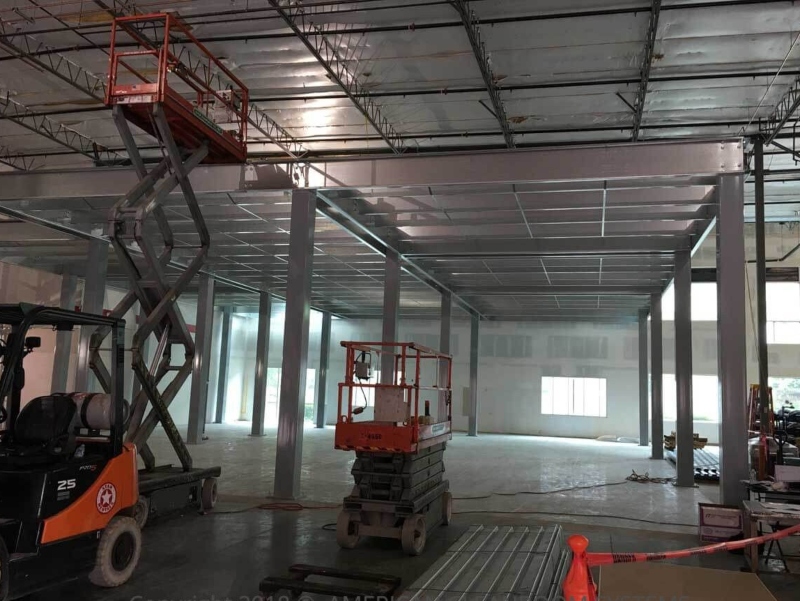 In 1985 I was a young semiconductor engineer, PC’s had monochrome screens, 256k RAM and 8-bit microprocessors. We were building cleanrooms by screwing FRP to sheet metal studs (now referred to as standard construction). Fast forward 37 years and in 2022 customers have the additional choices of modular cleanroom construction and more recently PODs. 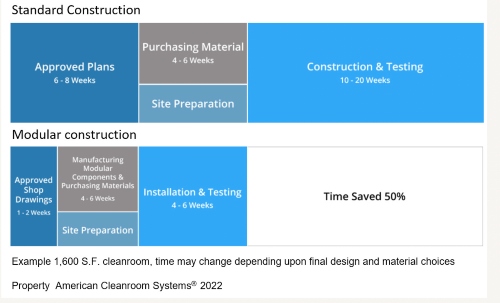 Modular cleanroom installation is quick and clean as all components are precut to size at the factory. There is no cutting or painting on the jobsite. This is important as often the modular cleanroom is going into an active factory environment and customers want to minimise the disruption on going production.

Other benefits of modular cleanrooms are future expansion or modification are easier as the cleanroom modular walls can be quickly disassembled and re-installed in different or larger configuration. Also, in the United States modular cleanrooms are often classified as equipment enclosures to qualify for better tax treatment.

Adoption of modular cleanrooms has gradually ramped up at a slow but steady pace. The pace was limited by several factors. Most architects do not receive significant education on modular construction and do not utilise it on a regular basis, so architect driven designs tended to be standard construction. General contractors are very experienced with standard construction and have established subcontractors for drywall, ceiling, and mechanical trades. Often the cleanroom is a smaller portion of the overall construction project, and the general contractor does not want to add another trade or subcontractor.

PODS are a further evolution of the modular construction concept. Instead of just using 4’x10’ wall panels and roof deck, PODS are typically 40’x8’ sections built in the factory and assembled on-site. Advantages are fast on-site construction. However, the large size of the sections means more structural elements have to be added to the design to allow them to be transported raising the cost. The primary users of PODS to this point have been pharmaceutical manufacturers who are less price sensitive.