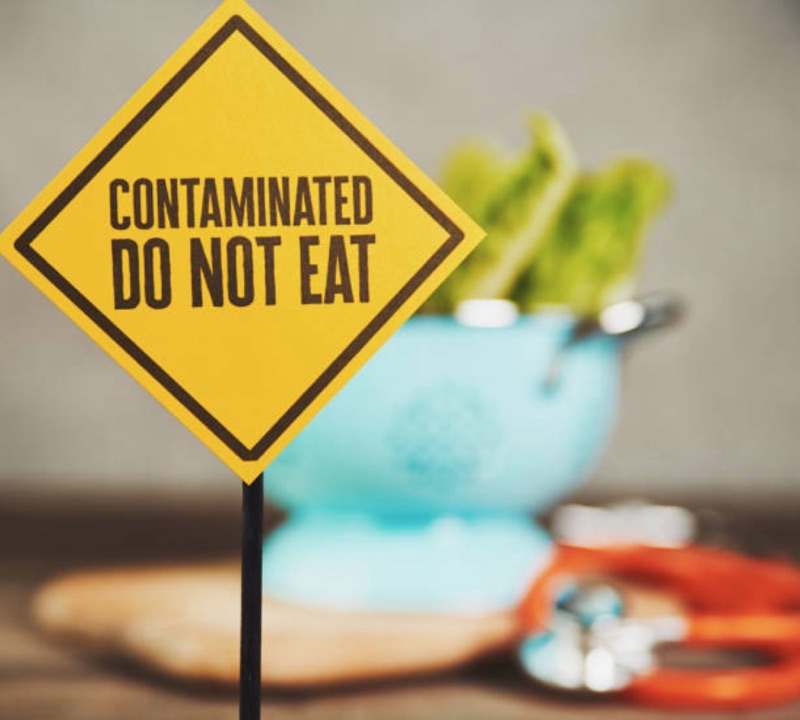 Any food recall incident is a crisis and, as such, it requires quick action to mitigate any longstanding financial and reputational damage.

The temptation to cut corners on equipment and the connection to compromising on food safety standards was recently highlighted by global insurance broker Lockton International. Virtually all (98%) of the manufacturers surveyed for the Lockton Food & Beverage Report agreed that continued price pressures would influence the final product on the retail shelves, with 42% believing that cost-cutting is to blame for the recent rise in the number of recalls.

Due to retail pricing pressures, safety standards are being compromised, the survey participants suggested.

The study also pointed to a significant increase in food recalls by the UK Food Standards Agency (FSA), with the number doubling in the last five years and a sharp rise in those with physical contaminants, including metal.

Lockton also found that food contamination linked to choking hazards were the cause of 22% of food and drink recalls during the past six years. This implies that short-term thrift with equipment may have an adverse effect on food safety, putting a business and brand reputation in jeopardy.

Understanding how to optimise metal detection systems forms a critical part of the planning for a recall process and is good business practice.

It can happen to anyone

Most food suppliers that face a recall will almost certainly have product inspection equipment in place. So, what causes a metal contaminant to slip through the HACCP safety net? The answer to that recognises that systems are not entirely infallible.

Quality assurance often runs deeper than the obvious. Rather than considering the “if,” it might be more prudent to think instead about the “when”. To mitigate future contaminant risks means not looking for patterns, but future potential holes in the security chain. From a practical perspective, food processing inspection risks should be reviewed every 12 months as part of a defined HACCP assessment. 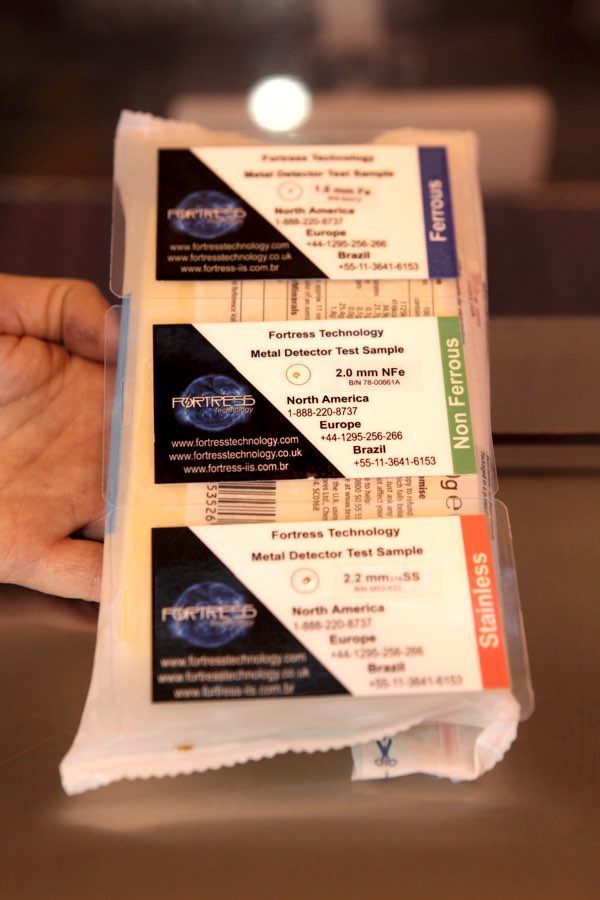 Don’t wait for a crisis to hit before developing your recall response. It can be advisable to run several dress rehearsals for different product scenarios.

Make sure you involve everyone that would be connected to the crisis, from quality assurance managers to production line operators, and from customer service personnel to marketing.

Testing your process regularly in this way helps to clarify everyone’s role. It can also be prudent to have a contingency team as well to cover holidays, should the recall hit out of usual operating hours.

The use of stainless steel within the food industry is widespread. These metals are more difficult to detect than ferrous elements such as iron or non-ferrous metals such as copper or zinc. This is because detectors work by monitoring disturbances in an electromagnetic field caused by the magnetic and conductive characteristics of the material passing through.

Stainless steel, specifically the 300 series, is non-magnetic and is also a poor electrical conductor compared with other metal types. These characteristics make stainless steel the most difficult metal type to detect.

Detectors work by monitoring disturbances in an electromagnetic field caused by the magnetic and conductive characteristics of the material passing through.

In practice, this means that a sphere of stainless steel hidden in a dry product typically needs to be 50% larger than a ferrous sphere to generate similar signal strength. That disparity can rise from 200–300% when inspecting wet products with conductive characteristics.

Food products come in all shapes, sizes and densities. What’s more, products don’t always travel consistently in the same direction when passing through the metal detector aperture. As size, shape, orientation and the position of metal contaminants cannot be controlled, operating a metal detector at the highest possible sensitivity is generally viewed as the best method to detect the smallest possible contaminants.

It’s equally important to remember that metal detector performance is usually measured using spheres. However, metal contamination may not be spherical; thus, the signal generated by certain contaminants can vary in amplitude quite drastically in some instances.

The most extreme example is small diameter wire, which may be easy to detect if it presents to the detector in one orientation, but very tricky to spot if it arrives in a different (worst case) orientation. It’s therefore important to optimise the performance of the detector to cope with the worst-case scenario.

An improvement in sphere size from 3-2.5 mm may not sound like much, but it can be the difference between success and failure when trying to spot an irregular fragment.

It’s vital to check that any metal detection system has a failsafe. For example, if a fault with the reject system means that a contaminant is detected but not rejected, the line should stop automatically until the situation is resolved. 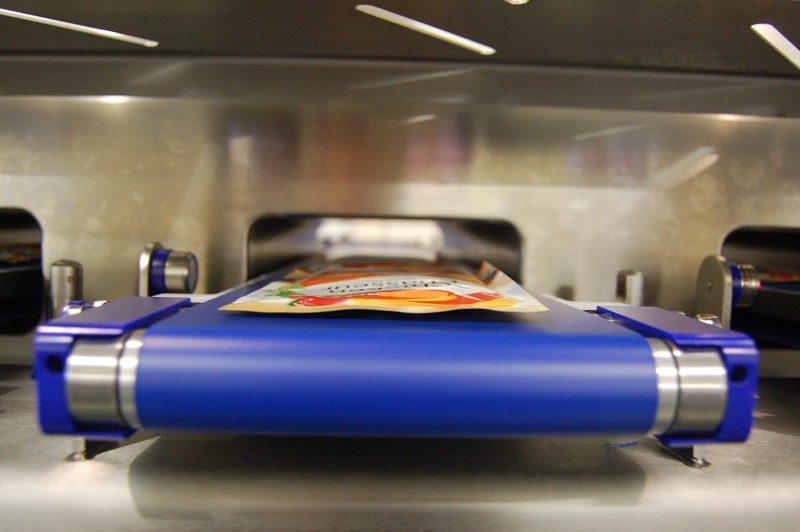 For full traceability, data can be automatically logged into many metal detection systems

Both the detector performance and failsafe capability should be tested regularly with results kept on record to support traceability.

Major retailers will typically have their own codes of practice that specify their testing and reporting requirements. But what happens in theory can be harder to implement in practice in a busy production environment; especially if the record keeping is done manually on paper.

Some metal detector equipment manufacturers —Fortress Technology included— integrate secure, automatic logging of all such information into their systems. This is something whereby a modest investment upfront can lead to savings later on by narrowing the time window during which a problem can go undetected and reducing the number of suspect products that must be discarded or recalled in the case of an incident.

Because sensitivity is measured at the geometric centre of the aperture, the ratio of the aperture to the size of the product is an essential consideration.

Maximum sensitivity occurs when the belt and food item is closest to the edge of the metal detector opening. It therefore makes sense that the smaller the aperture, the more capable it is of detecting the smallest possible contaminants.

Users could optimise performance by using several smaller detectors positioned at critical control points throughout the process, rather than an implementing a single, big “catch-all” detector at the end of the line.

Utilising upstream metal detection can also identify smaller contaminants, which may not be possible at the end of the line system. HACCP guidance states that critical control points (CCPs) should be located at any step where hazards can be prevented, eliminated or reduced to acceptable levels.

Detecting any contaminant at the upstream phase means that the rejected product will be a small amount of raw material/unfinished product versus finished/packaged product. This method will also help to identify possible sources of the contaminant, as the point of inspection is closer to the manufacturing process, where fragments of metal may be introduced from processing equipment.

When balancing the risks and rewards of investing in optimised metal detectors systems, many users don’t perceive them as generating value for their business beyond the need to comply with customer demands, such as retailer codes of practice. However, short-term thrift could be an expensive mistake in the longer-term.

Any food manufacturer should look at this from a risk management perspective. Think of it like fire insurance. No one intends to allow metals to contaminate their food products any more than they intend to burn down their factory, but that doesn’t stop them from investing in fire protection and insurance.

In the same way, investing in metal detection reduces the risk of a company’s hard-won reputation for food safety going up in flames.

By weighing the cost of equipment versus the cost of a product recall, the decision to invest in good quality inspection equipment should be a simple one.

N.B. This article is featured in the March 2019 issue of Cleanroom Technology following publication in Nutraceutical Business Review v1 2019.