This debut outing of the event in Singapore for the contamination control sector fulfilled its promise to deliver a high-calibre programme to an international audience. Here is the day two review of what you missed! 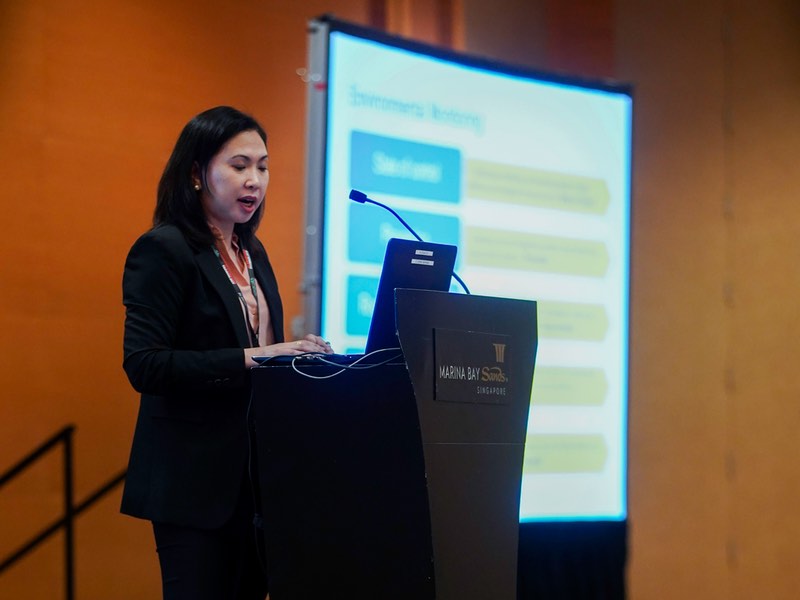 Whether by land or sky, cleanroom sector experts began arriving in Singapore this December for the first annual “Cleanroom Technology Conference Singapore”. Held between 6-7 December, this event brought decision-makers from across the globe together at the Marina Bay Sands.

Day one of the event proved a hit, and there was a buzz in the room moving into the second day in Asia.

Interestingly, sustainability was a hugely hot topic during the talks on day two. During EECO2’s talk by Keith Beattie, he took a poll of the audience asking how many people had set an energy use target for their environments. The response was shockingly few and hopefully reinforced to the audience, not just the environmental impact, but also the money spent unnecessarily. The message was clear, “turn down your AHUs!”

Another big talk of the day was on the design, construction and start up of cleanrooms (new ISO14644-4). Given by ICCCS Chair, Stephen Ward, the talk focused on commissioning, verification and testing.

Knowledge-sharing is key and I would really recommend [the event] to end users, especially here in SE Asia

In the afternoon, STERIS’s Richard Chai gave a roadmap to developing an effective bioburden control process in pass through and BSC decon applications. Within his talk, he explained concepts like the microorganisms’ resistance hierarchy and the balance of disinfectants and sporicides.

“You need to have rotations of disinfectants and sporicides so can address the whole spectrum of microorganisms, even spores,” said Chai.

“On the market, there are already automatic processing lines with no operations or intervention, this might be the trend of isolators in the future,” said Wu.

Continuous improvement - evolving ISO standards - too much energy so set a target.

Some of the big takeaways from this event were the huge changes in Annex 1, affecting all countries; How the Asian view of the market is different than in Europe or the US, and the importance of understanding this; and finding out how companies have won and lost in the post-covid recovery period.

“I think the content was really nice and inspirational,” Dennis Smeijer, Business Unit Director Cleanroom at ELIS. “Knowledge-sharing is key and I would really recommend [the event] to end users, especially here in SE Asia.”

Insight was gained not just through the world-leading talks, but through the reunion of collaborators in one location. The value of these events shines through in this regard.

Conference Chair Tim Triggs reflected on the two days, identifying efficiency as the key takeway from the talks. Whether that be through data trends, automation, or new regulations, the information was on the pulse.

Looking ahead to 2023, Cleanroom Technology Conference will certainly be back in Singapore! The enthusiasm of delegates and exhibitors alike has been a great joy to see, and is already getting us excited for what is to come next year.