The Dutch builder completes new 1,450 sqm project at the Brainport Industries Campus in Eindhoven in collaboration with PP4C partners 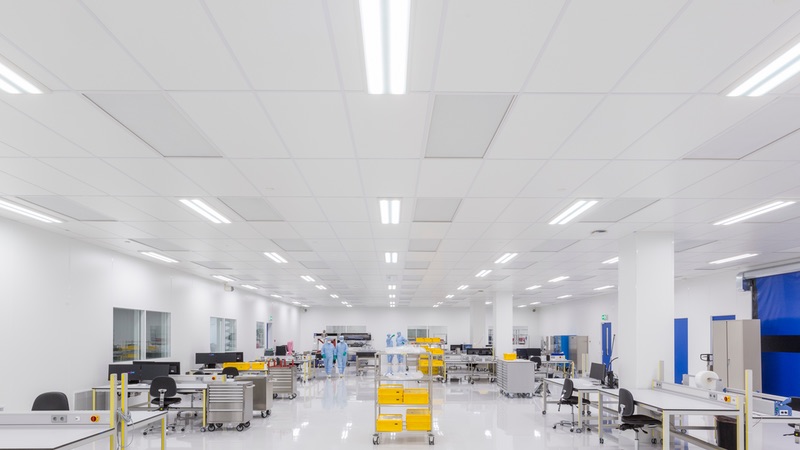 Brecon Group has announced the completion of a 1,450 sqm project to the KMWE Group. The new cleanroom has been built for the Dutch manufacturing giant at the Brainport Industries Campus (BIC) in Eindhoven, the Netherlands.

A complex project, the build was completed flawlessly, on schedule and without any delivery point, Brecon said.

Brecon also built the 1,850 sqm cleanroom for Anteryon, the Dutch optical solutions company, on behalf of France's ENGIE. This was the first controlled environment project at the BIC.

Many hi-tech companies that establish themselves at BIC in Eindhoven need cleanrooms. Jansen explained: "The Brecon Group is currently in talks with several newcomers who need cleanrooms with different specifications. This is good for PP4C, but also for the Brainport region. We supply turn-key cleanrooms for the food, automotive, pharmaceutical and electronics industries. We are proud that we are also active on the Brainport Industries Campus'.

KMWE supplies mechatronic products that are assembled in cleanrooms. The company is active in the medical sector, the semiconductor industry, industrial automation and aviation. CEO Edward Voncken, also chairman of Brainport Industries, has big plans on the campus with his new production area of 30,000 sqm in total.

The PP4C alliance specialises in ultra-clean workspaces, also called controlled environments. A network of companies based in the Netherlands, PP4C works to ensure that all disciplines involved work together optimally.

The alliance has already been engaged with more than 25 turnkey projects delivered in the past four years.