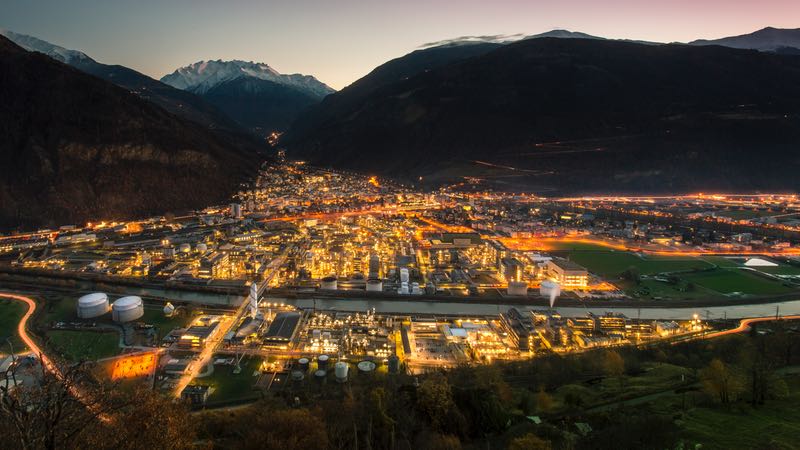 Pharmaceuticals and hi-tech product makers have announced multimillion-dollar investments to expand manufacturing capabilities, which has been a good news for cleanroom builders.

These investments also demand components, engineering and validation services and companies in the market catering to these segments have reasons to be optimistic.

This review takes account of expansion plans, across pharma and hi-tech manufacturing, nodding to the major trends in these industries.

Last year saw contract development and manufacturing organisations, CDMOs, take a prominent role in the pharmaceutical industry. Outsourcing production capabilities have been the go-to strategy for drug-makers and a driver of business in this market.

Swiss biotech company Lonza, the CDMO with a global footprint, is a notable example. The company reported double-digit growth in Q3 last year with sales in pharma and biotech contributing 14%.

The company said that to cope with demand in the market, it is revamping its production capabilities at the Visp site, but also at its international locations. In Singapore, the focus is on single-use bioreactors. In the US, investments are on the production of cell and gene therapy in both the Portsmouth and Houston locations, and encapsulation capabilities

in Tampa. The addition of two Ibex Solutions offerings to Lonza's 100,000 sqm Visp site completes the expansion plan. At Visp, the company is spending CH400m. 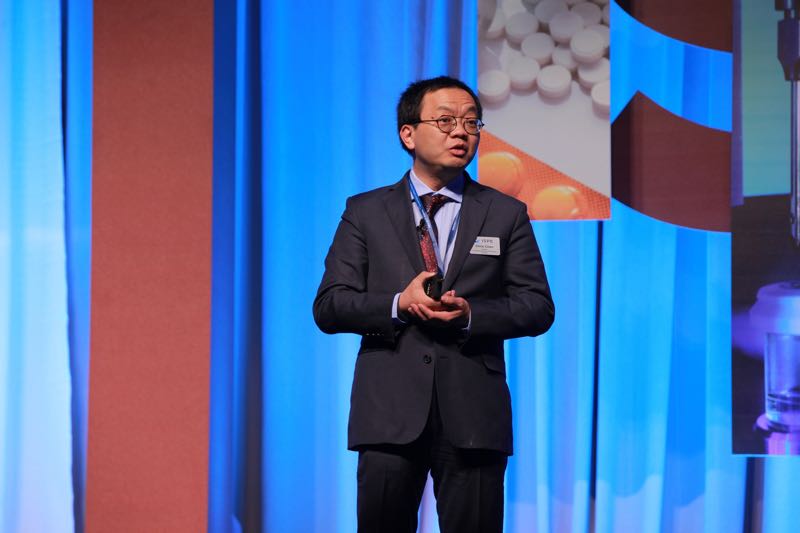 Construction work at the Shijiazhuang site started last November. The project is being built to meet cGMP standards of the United States, the European Union, and China.

US-based hygiene technology specialist, Ecolab, announced last May the construction of a cleanroom manufacturing facility at its Greensboro campus. The expansion of the site in North Carolina is to support the launch of its Life Sciences solution portfolio in North America.

Parker Hannifin also tapped into the life sciences market and revamped its business last year; in January, it created a biosciences division. Operating from sites in Birtley (UK) and Oxnard (US), the new business unit was set to provide integrated bioprocessing as well as food and beverage, and healthcare solutions to companies worldwide. This offering was previously delivered under Parker's Domnick Hunter brand.

The launch of the new business coincided with investment at the Birtley, UK site. In May, the company announced a multimillion-dollar phased investment programme throughout 2018 for laboratory, cleanroom, office and warehouse facilities. The investment will see the addition of 600 sqm of ISO 7 cleanroom to the existing facility spanning 2,400 sqm. The cleanroom will be refurbished during 2019 to centralise gowning areas and upgrade lighting and temperature control. 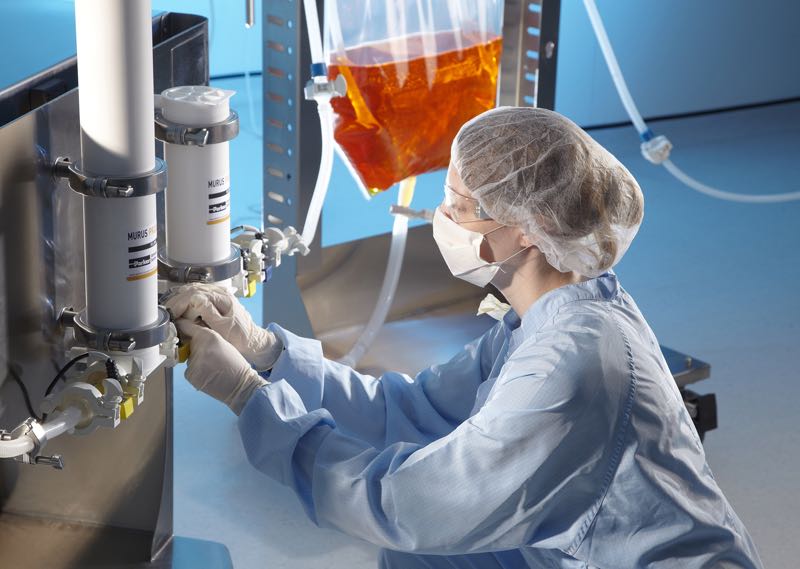 Branching out to India, UK's Micronclean celebrated the ground-breaking ceremony of its ISO class 5 cleanroom laundry services in Bangalore. While DuPont Safety & Construction announced in June its plans to invest more than US$400 million to expand capacity for the manufacture of Tyvek nonwoven materials at its facility in Luxembourg.

The production expansion, which will add a new building and third operating line at the site, is scheduled to start in 2021.

2018 was a quiet year for Clean Room Construction (CRC), however, it made headlines last November in a big way; the UK company said it signed contracts to build various facilities across Wales. Projects include a new manufacturing facility for MicroPharm and design a new ISO 8 cleanroom facility for Ortho Clinical Diagnostics (OCD). The third project will see CRC design, supply and install two separate airlocks for the blending/decanting area and main warehouse at Ecolab in Neath, including a goods inward inspection booth. All three projects are scheduled for completion by spring 2019.

Demand for next-generation electronics has been the driver of growth in the semiconductor market.

In Taiwan, construction work at TSMC's Fab 18 started in February. The project is its fourth 12-inch GigaFab. The new facility, located in Southern Taiwan Science Park, is scheduled for production of the advanced 5-nanometer process. The project covers a total floor area of 950,000 sqm with more than 160,000 sqm (approx. 25 standard football pitch) of cleanroom space.

TSMC expects to complete construction of Phase 1 and begin equipment move-in in the first quarter of 2019, with volume production to start early next year.

Samsung Electronics broke ground in Hwaseong, Korea, for a new EUV (extreme ultraviolet) semiconductor line. The new facility will produce semiconductors under 7-nanometers for use in next-generation mobiles and servers. The $6 billion investment is expected to be completed within the second half of 2019 to start production in 2020.

Micron Technology, the US-based corporation with a global footprint, started work on a multibillion-dollar cleanroom expansion in Singapore. The project is built on a 165,000 sqm in a plot adjacent to its Fab 10.

German tech company Infineon announced plans to build a new factory for power semiconductors. The project see the construction of a fully automated chip factory for manufacturing 300-millimetre thin wafers at the Villach location in Austria alongside the existing production facility. The nearly r1.6 billion investment is planned for six years. 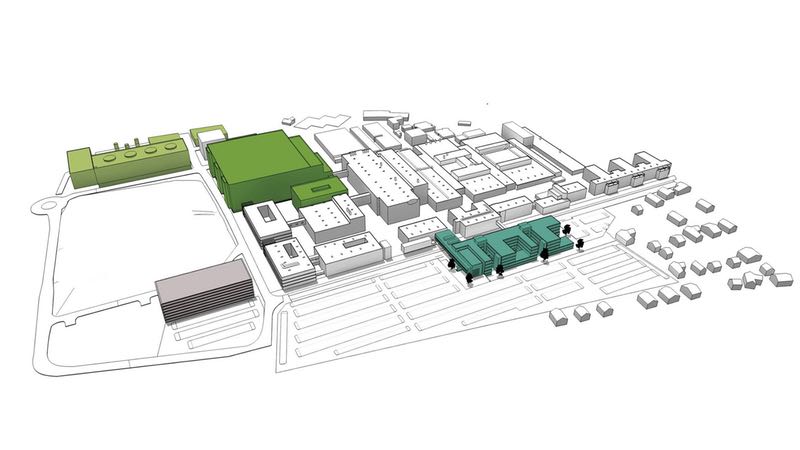 Construction is scheduled to start in the first half of 2019 and production is expected to commence at the start of 2021.

Holitech, the Chinese manufacturer and solutions provider for the electronics industry, sign a memorandum of understanding (MOU) with the government of the Indian state of Andhra Pradesh on investment in electronics manufacturing in the country.

The plant in Tirupati is said to cover 30.3 hectares (75 acres) of land and that nearly 50% of the space will be cleanrooms.

Hi-tech companies in Europe were also active in 2018. Notcleanroomtechnology.com/news/article_page/Construction_work_beably, Murata, the Japanese electronics components maker, announced five billion yen (US$45.3m) in the construction of a new factory in Vantaa, Finland. The cleanroom facility is to boost its MEMS sensor production capacity. 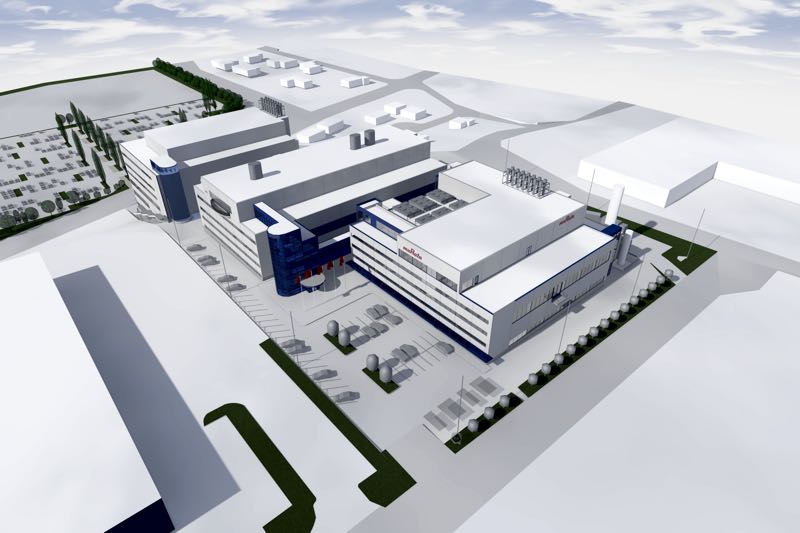 Murata's new facility covers approximately 16,000 sqm.
The project is scheduled for completion by the end of 2019
and operations are expected to commence beginning of 2020

The National University of Singapore (NUS) and DSO National Laboratories launched the Satellite Technology and Research Centre (STAR) in January of last year. The joint venture aims to pioneer experimental satellite platforms with a focus on the development of small satellites.

A 1,400sqm site, STAR is located within the Singapore Wind Tunnel Facility on the NUS Kent Ridge campus. It comprises a cleanroom facility for satellite testing and assembly works, electrostatic discharge controlled laboratories for research and student projects, as well as environmental testing facilities such as thermal and vacuum chambers.

Aerospace giant Lockheed Martin reached a milestone at its satellite factory under construction in the US. On track for delivery in 2020, the $350 million project, located on its Waterton Canyon campus near Denver, will house an ISO Class 8 high-bay cleanroom, an anechoic chamber, and a large thermal vacuum chamber to conduct dynamic endurance tests.

The UK's aerospace programme also made headlines last year as three companies inked contracts totalling £19 million for the construction of Britain's first National Satellite Test Facility (NSTF) established at the Harwell Space Cluster in Oxfordshire in South East England. The NSTF is built and operated by the Science & Technology Facilities Council’s (STFC) RAL Space on behalf of the UK government.

As these and other projects will near completion in the coming months, there is hope for the marketplace to continue on a productive path.