Contract wins, mergers and acquisition set in motion in the past 12 months 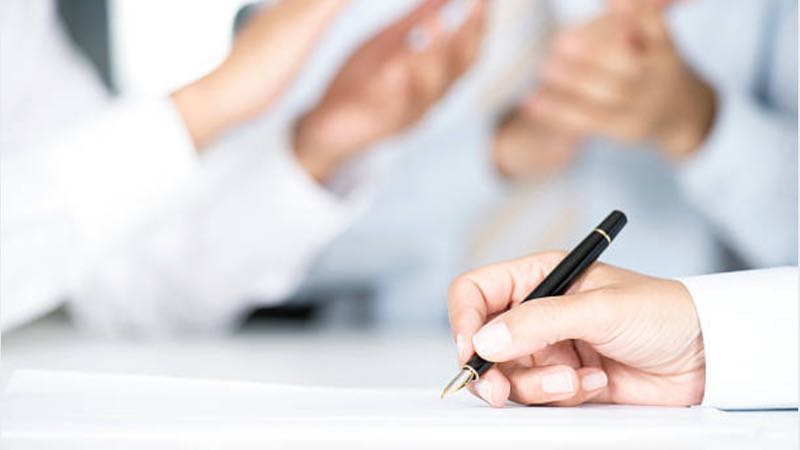 2018 saw many reporting contract wins with companies manufacturing in controlled environments. Equally, during the past 12 months, several businesses joined forces to increase production, expand product lines and services on offer.

Due to the sheer scale of deals inked in 2018, the following review focuses on the most relevant to cleanroom operations, and it is based on the impact that the merger, partnership or acquisition would have to the marketplace.

The acquisition of Germany's RIS Facility Management GmbH by American Air Filter company (AAF International) set the tone of the year. The deal further expanded AAF's air filtration solutions in Germany and the rest of Europe.

The acquisition of Tri-Dim provided Mann+Hummel greater access to the US and Canadian markets of air filtration and extensive growth opportunities.

The company said the acquisition of Tri-Dim provided Mann+Hummel greater access to the US and Canadian markets of air filtration and extensive growth opportunities.

Placon, a US-based custom and stock plastic packaging manufacturer, announced the addition of an ISO Class 8 cleanroom at its manufacturing site in Elkhart, Indiana. The investment, the company said, is to increase capacity for its medical products.

Placon said the new cleanroom will double thermoforming capacity at the Elkhart facility. The production space has been designed to hold three additional thermoforming presses. 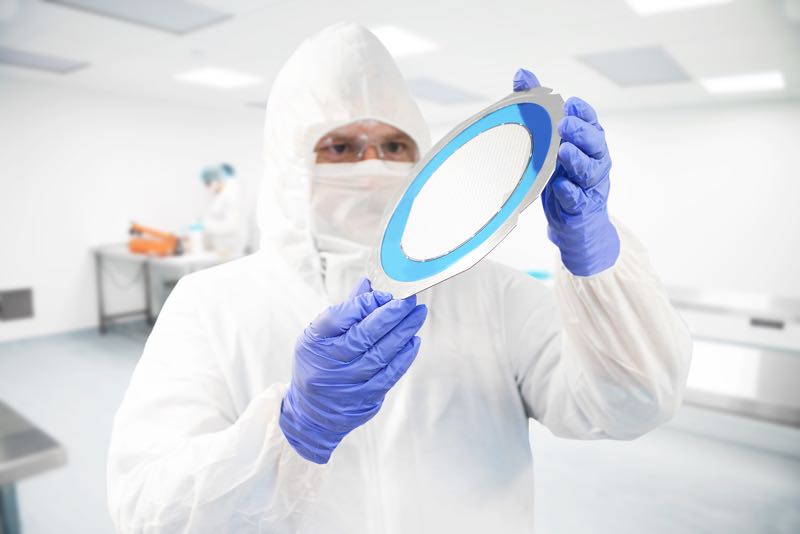 Integrity Cleanroom announced that its ISO Class 6 cleanroom at its Suffolk, UK, was available for rental use

A bold move, the rebranding signalled the optimistic mood within the company. Unsurprisingly, the December financial report revealed sales of r2.6 billion in the first nine months of 2018, an 81% increase in sales compared to the same period a year ago.

Exyte said it has been increasing its order intake by an average of 19% per year since 2015. In the nine months of 2018, the company achieved a total order intake of r3.5bn; a 49% increase year-on- year. The financial report was released two months after the company halted its plan to issue an IPO in the Frankfurt stock exchange due to lack of investors.

Integrity Cleanroom also made a bold move in 2018. It announced that its newly built ISO Class 6 cleanroom at its Suffolk, UK headquarters, was available for rental use. The onsite facility is a 58 sqm cleanroom designed to ensure easy access and guaranteed transportation solutions for clients.

On the partnership front, G-CON Manufacturing, the US-based modular cleanroom builder, was particularly active. At Interphex 2018, the company joined forces with Ireland's Asgard Cleanroom Solutions in a manufacturing and supply deal. By the agreement, Asgard will manufacture PODs according to G-CON’s quality system for European customers.

The two companies have worked together since 2016 when Asgard became a sales representative to G-CON in the European market. Since then, G-CON and Asgard have worked on many projects together.

Last year, G-CON also teamed up with Pall Corporation to bring turnkey continuous bioprocessing for viral vector production facility solutions to the industry. As part of the agreement, G- CON PODs will be customised with advanced Pall Biotech bioprocessing equipment, including automation and utility supplies; these will be predesigned into the G-CON cleanroom units for scalable deployment.

2018 saw the consolidation of the Professional Partners for Controlled Environment (PP4CE), a strategic alliance established to create a global space for turnkey solutions.

Nine companies are part of PP4CE, including cleanroom builder Brecon; HEPA filter manufacturer Camfil; lock maker Assa Abloy; engineering firm Deerns; flooring specialist Bolidt; Mennens Cleanroom Cranes; Van Aken Architects; HVAC partner Stulz and hazardous materials experts Denios. In August, PP4CE partners took part in the construction of 350 sqm of cleanroom for the compounding pharmacy at the new Princess Maxima Centre in Utrecht. Other international assignments have followed, including the building of a cleanroom in Silicon Valley, in the US.

The laboratory landscape has also been dynamic; key acquisitions have set the tone of this industry.

Eurofins, the international group of laboratories headquartered in Brussels, made a series of additions to expand its testing offering for the pharma, food, and other industries.
Eurofins acquired VTT Expert Services Ltd and Labtium, two wholly owned subsidiaries of VTT Technical Research Centre of Finland. 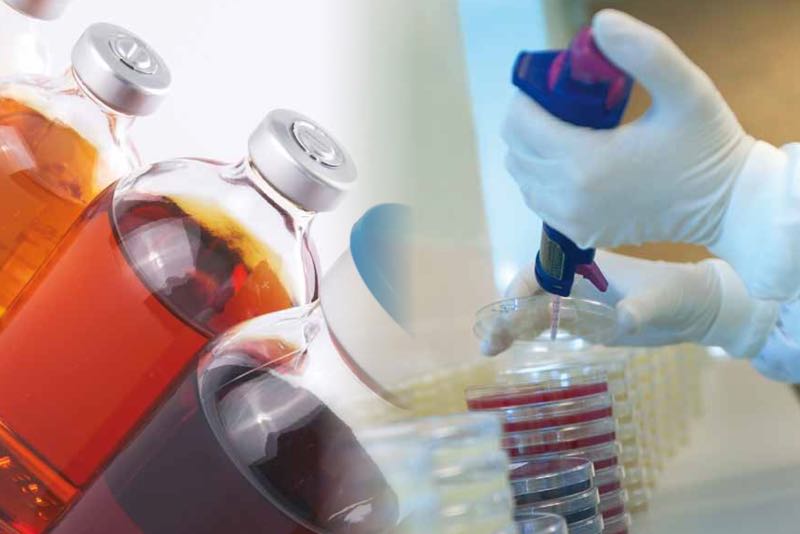 Eurofins also acquired the Laboratoire de Bromatologie de l’Ouest (LBO), a specialist in microbiological and physicochemical analyses of food products. LBO employs 50 people who work on a 2,200 sqm site in Rosporden, France. A further two acquisition followed. In August, the company added Covance Food Solutions, strengthening its food testing offering in the US. In October, Eurofins signed an agreement with the JSTI Group to acquire TestAmerica Environmental Services LLC. The company operates an integrated network of 24 full-service testing laboratories and 40 service centres throughout the US. The scope of services offered by TestAmerica includes trace organics and speciality testing, wet chemistry and metals and inorganics testing across all matrices including air, water, soil and tissue.

On the microbiology front, Cherwell, the manufacturer of the Redipor prepared microbiological media, reported a 21% increase in sales to its distributors during the 2017/18 financial year. Cherwell attributed this growth to its renewed strategic focus on overseas markets and the appointment of further distributors for the Redipor range.

Nelson Labs, the US-based company part of Sotera Health, announced in August that it acquired Gibraltar Laboratories, an outsourced provider of microbiology and analytical chemistry testing for pharmaceutical and medical device manufacturers. Gibraltar’s facilities are FDA registered, ISO 17025 accredited, and have also been accredited for both the microbiological and chemical fields. 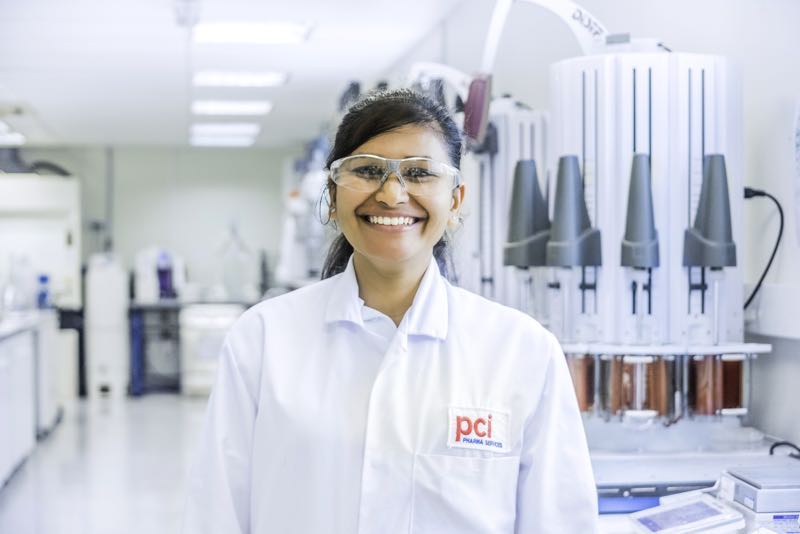 2018 saw PCI Pharma Services (PCI) embark on acquisitions and facility upgrades. In February, the company announced its plans to acquire Pharmaceutical Packaging Professionals
(PPP), an Australia-based provider of clinical trial manufacturing, packaging, storage and distribution services. The move was pivotal to continued growth and expansion in the Asia Pacific region. The deal was completed in March. In September, PCI acquired San Diego-based Sherpa Clinical Packaging, expanding PCI’s US operations to the West Coast. With regards to facilities, PCI's invested in laboratory expansion at its site in Tredegar, Wales, to boost processing of highly potent molecules.

The most significant business move, however, was the April start of operations at the recently acquired site near Dublin, in Ireland. The company debuted its new contained packaging facility for the primary and secondary packaging of highly potent products, which is well positioned to target European growth and mitigate against uncertainty brought about by Brexit.

Last April saw the launch of Ecolab Life Sciences in North America, with a cleanroom programme specifically developed to cater to pharmaceuticals. The move was backed by a financial report that showed Q1 sales in 2018 increased 10% to $3.47 billion. The report also showed that sales to food, beverage and water customers were particularly strong.
Ecolab closed 2018 with two announcements. It acquired UK’s Holchem Group, a supplier of hygiene and cleaning products and services catering to the food and beverage, foodservice and hospitality industries.

In December, Ecolab made an offer to acquire Bioquell in a deal worth £140 million. The deal was revealed only weeks after Bioquell's reported sales of its Qube isolator system rocketed 90% compared to the same period last year.

Solid financials support the business strategy behind these transactions.