In “normal” times, with the exception of live vaccine manufacturers, control of viruses in cleanrooms is not usually the highest priority within contamination control. Viruses need a host to survive, as they are obligate parasites, just nucleic acid surrounded by a protein that can only replicate within a host cell, so their ability to survive on hard, dry surfaces is minimal. Contec’s Neil Simpson explains 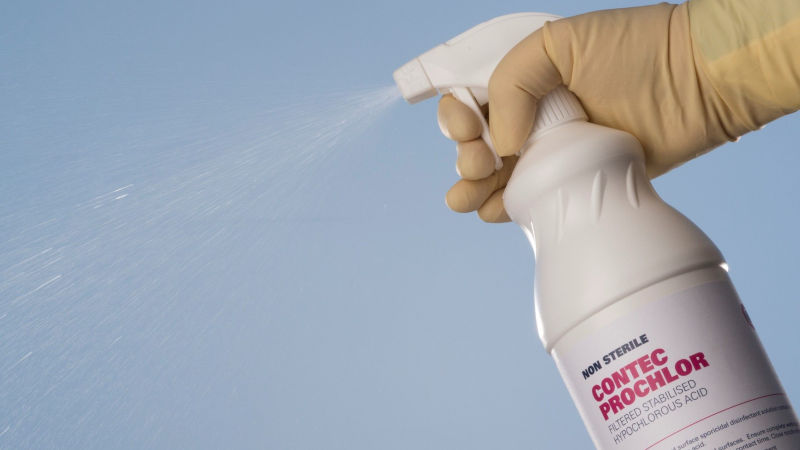 Viruses are very very small (20-200 nm Ø), this is much smaller than bacteria. On average, the size of bacteria ranges from 0.5 to 5 µm, think mouse versus elephant. Viruses do not contain the components of a normal organism like plants, animals or bacteria so they cannot reproduce without a host. To reproduce, they use their genes (encoded in DNA or RNA) to trick the host cell to use its own machinery to make more copies of the virus. For viruses to trick the host, they must enter the proper host cells. Viruses have two components that they all share, but the structure of which varies, their nucleic acid and their capsid, the combination of which is called a nucleocapsid. Some viruses have additional structures, such as an envelope or a tegument.

The classification of viruses is based on the collection and comparison of these various characters that describe the virus. These can then be used to distinguish one virus from another. Characters can consist of any property or feature of the virus, its genome (DNA or RNA), its symmetry (Helical, Icosahedral or Complex), whether it has a lipid envelope (Enveloped or Non-enveloped), the diameter of the capsid etc.

Enveloped viruses are the least resistant to inactivation by disinfection

Enveloped viruses have an additional layer that covers the capsid. This membrane is composed of lipids and proteins it “stole” from the host cells and viral glycoproteins. The bumps, knobs and spikes that artists use in images of enveloped viruses like SARS-CoV-2 depict structures on the viral envelope.

Enveloped viruses are the least resistant to inactivation by disinfection, this is because the lipid envelope is easily compromised by most disinfectants and detergents. Once the lipid envelope is damaged, the integrity of the virus is compromised, thereby neutralising its infectivity. The following are viral families in this subgroup: Arenaviridae, Coronaviridae (ie SARS-CoV-2), Filoviridae, Flaviviridae, Herpesviridae, Paramyxoviridae, Poxviridae and Retroviridae.

In terms of resistance to disinfectants it helps to separate these again by size, small non-enveloped viruses less than 50 nm can be highly resistant to inactivation by disinfection, as despite the lack of a lipid envelope, these organisms have a very resistant protein capsid. Families in this subgroup include: Picornaviridae, Parvoviridae, Caliciviridae, Astroviridae and Polyomaviridae.

Large non-enveloped viruses, from 50-100 nm in size are less resistant to inactivation by disinfection, as although they have a resistant protein capsid, their larger size makes them more vulnerable than their smaller viral counterparts. The following are viral families in this subgroup: Adenoviridae, Reoviridae and Papillomaviridae. 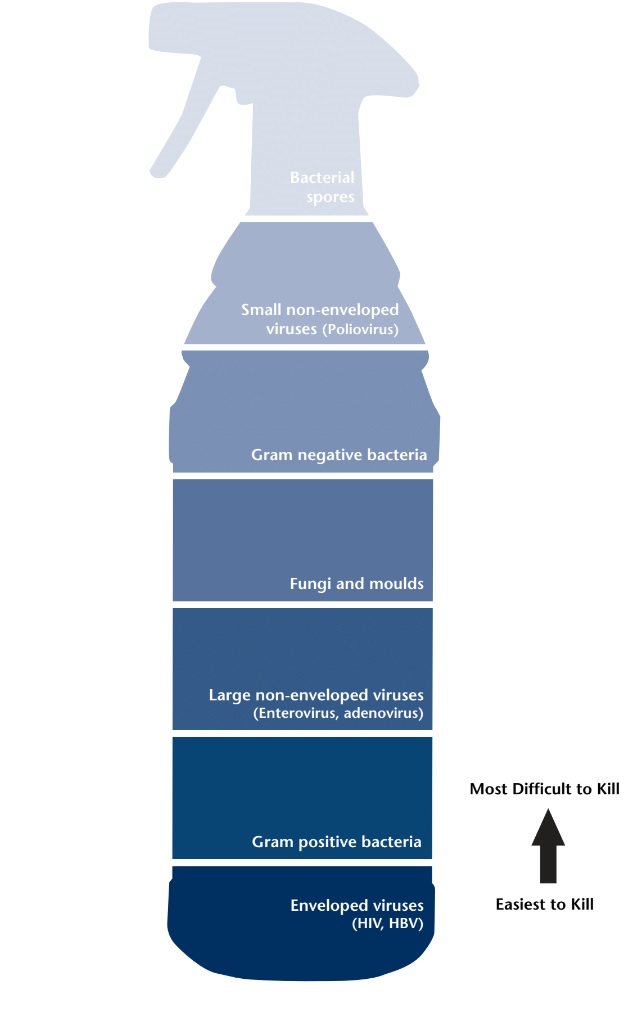 Figure 1: This demonstrates Gerald McDonnell and A Denver Russell’s hierarchy of microbial susceptibility to antiseptics and disinfectants

This difference in resistance to disinfectants can be seen in Figure 1. This demonstrates Gerald McDonnell and A Denver Russell’s hierarchy of microbial susceptibility to antiseptics and disinfectants. This clearly shows that we cannot group viruses together when discussing the effectiveness of a disinfectant. This is acknowledged within the viruses efficacy tests that are available.

BS EN 14885:2018 Chemical disinfectants and antiseptics – Application of European Standards for chemical disinfectants and antiseptics lists three EN standards for the testing of the virucidal efficacy of chemical disinfectants; EN14476, EN14675 and EN13610, which are all suspension tests. The EN efficacy tests normally used by manufacturers to make claims for cleanroom disinfectants are the tests for evaluation in food, industrial, domestic and institutional areas. However, there is no virucidal test specific for this area, probably because viruses do not survive long outside the host organism. Nevertheless, EN 14885 does state that if a standard doesn’t exist for a particular area, a standard from another area can be used, so EN14476 the test for evaluation in the medical area is recommended for use in the pharmaceutical industry.

The Biocidal Product Regulation which authorises disinfectant products for sale in the European Union also states that a hard surface disinfectant for industrial use (not healthcare) needs to meet the test requirements of EN14776 and a phase 2, step 2 test from the medical area, using adenovirus and murine norovirus to be classed as a virucide.

A recent surface test that is not included in BS EN 14885 or yet noted by the BPR, BS EN 16777:2018 is a quantitative non-porous surface test without mechanical action for the evaluation of virucidal activity of chemical disinfectants used in the medical area.

Virus testing is unique within the laboratory because the presence of viruses before and after product treatment is not determined by observing growth of virus but rather by observing the damage caused by infection to mammalian host cells. After a study, individual sets of cells are analysed microscopically to identify where healthy cell layers become damaged. This damage is known as the cytopathic effects (CPE) of infection. The quantity and quality of CPE is used to calculate the amount of virus present.

For a disinfectant manufacturer to claim virucidal activity in the EU, the European Chemicals Agency (ECHA) strongly advocates the use of EN testing. If there is no appropriate test, then an existing EN test should be modified if possible. Only if that isn’t possible can a manufacturer use the ASTM methods. As there is a European test for viruses on a surface you will not see many (probably no) EU disinfectants tested to the ASTM methods unless they were done before EN 16777 was available. Table 1 shows a summary of the virus efficacy tests available.

BS EN 14476 was first published in 2005, needing a log4 reduction against two non-enveloped viruses to show virucidal activity. An RNA virus Picornavirus group (Poliovirus) and a DNA virus Adenovirus group (Adenovirus 5). Poliovirus is selected as a test virus because it has a high resistance to chemicals, is acid-stable and is unaffected by lipid solvents such as ether, and most detergents or quaternary products. In 2013, Murine norovirus (MNV) was included as test virus as surrogate for human norovirus. Further addendums 2015 and 2019 added Vaccinia virus as an enveloped virus for hand wash testing and surface disinfectants. However, the results from previous version of the test are still valid.

More recently launched is a surface test BS EN 16777:2018 10, which stipulates as standard organisms, two non-enveloped viruses, Adenovirus and Murine Norovirus, Poliovirus isn’t used because of drying problems and one enveloped virus, Vaccinia virus. A test suspension is inoculated onto a test surface and dried, the solution under test is then applied to cover the dried virus film. A log4 reduction is needed to pass and there is no reduction in criteria versus the suspension test unlike other EN disinfectant test methods. For full virucidal activity, a log4 reduction is needed against Adeno virus and Murine Norovirus, however the product also needs to have passed EN14476 for Polio virus. This would also give a claim against all enveloped viruses. The other pass criteria are the same as EN 14476:2013+A2:2019.