The ins and outs of building a foundry in the US

Sheaumann Laser President and CTO, John “Gary” Sousa, walks through the design of the company’s recent 18,000 sqft cleanroom that houses all activities, from wafer growth to test and reliability, under one roof 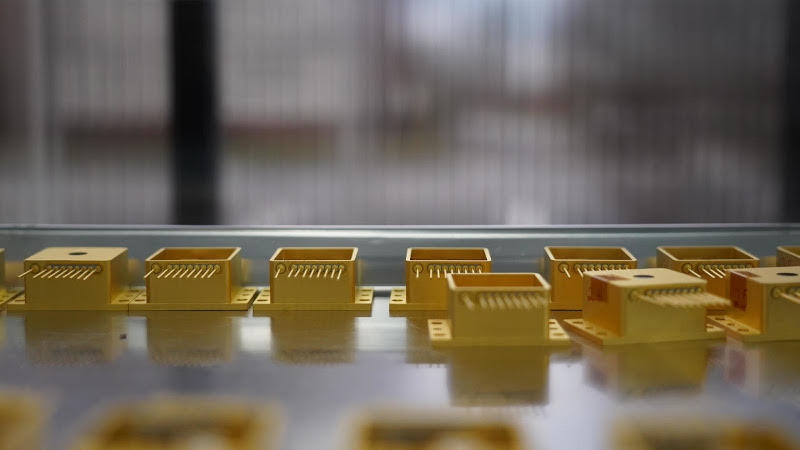 In 2018, winning the Massachusetts Manufacturing Innovation Initiative (M212) grant was a catalyst for Sheaumann Laser. One of the significant equipment upgrades that the multi million dollar grant supported was the purchase of a new reactor.

This reactor promises to bring a whole new level of business by expanding emissions offerings into the InP wavelengths, whose applications range from laser illumination to 3D sensing. Sheaumann’s leased facility posed spatial and logistical challenges. With new equipment, expanded capabilities, and the need to increase its workforce, it was time to look for a new space.

So, where to locate the new headquarters and expanded cleanroom? And who to manage this massive buildout? 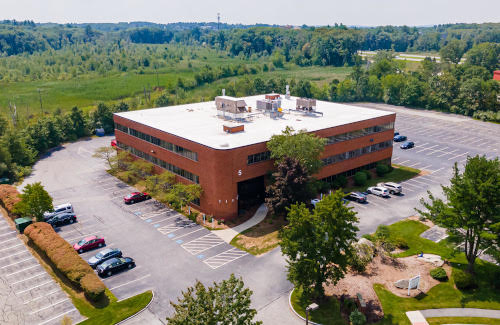 First, the fact that this foundry is in the United States at all is rare. Sheaumann remains one of the few vertically integrated semiconductor laser diode manufacturers in the country in an industry that has largely moved its production to Asia. It's much more financially feasible to build these things outside the country than inside. Massachusetts is certainly an expensive place to do this, but it also is home to some of the best engineering programmes in the world. Choosing this location enabled recruitment of the top graduates from MIT, Harvard, BU Photonics Center, UMass Lowell, and WPI, which are all within 40 minutes of the new headquarters in Billerica.

The Massachusetts location is not just convenient for hiring reasons. Growing business is not about getting in the game on cheapest prices for the mass production of standard parts. It is about equipping its facility with a team of engineers, skilled technicians, and equipment to attract the kind of projects that aren’t just off the shelf, standard parts. It is about building partnerships for the complex stuff. Working closely with medical device start-ups, government think tanks, and companies forging new frontiers in space. It is about designing custom component solutions for the next big things, and then scaling up with its partnering companies once a project gains traction. In order to do that, Sheaumann has positioned its cleanroom, foundry, and engineering capabilities at the heart of its next chapter in the US.

When it came to construction of the facility, it so happens that Sheaumann has a one-two punch to make an undertaking like this possible. President and CTO, John “Gary” Sousa, has experience in building laser manufacturing plants. In his career, he has overseen the entire build of one facility, and has completely rebuilt another. When Sheaumann merged with his company, Axcel Photonics in 2015, he moved the companies under the same roof and got them working as one. He knows firsthand how to refit a facility so it best fits the lines of a building. He knows where the major hurdles will be, and how to jump past them quickly.

The process defines the fab

After finding the right building in the right location, coming up with a cleanroom design was next. Company President, Sousa was highly involved in the design to facilitate a much more tailored result that flows according to the company’s manufacturing process. Sousa understood that a growth area should move into a process area which starts in photo lithography, which is in yellow light rooms that have to have a dedicated space with dedicated acid hoods and solvent hoods. After that, the product moves to another specialised area where dielectrics and metals are deposited. 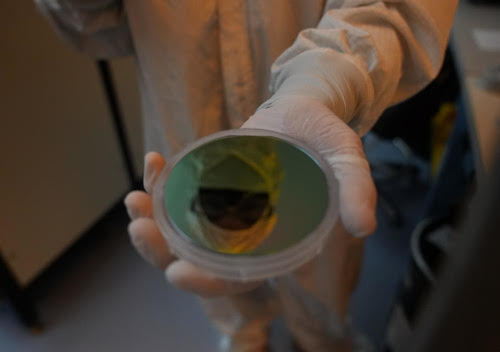 Laying out the facility, Sousa considered the production process path of the epitaxial wafers the company grows. The nuances and requirements of this multistep process would likely slip by even the most adept independent architects. It's a puzzle that is defined by decades of direct participation in the process, solved by melding that operational knowledge with the bones of the building and the codes of the town.

Before the first line can be drafted, much consideration for major systems has to take place. Electricity, gases, air filtration and water all must be choreographed to weave their lines, ducts and pipes around and through the space.

At the heart of the cleanroom floor plan is the mechanical space. This is where the RO and DI water is filtered and removed, and the acids and solvents are taken care of. Sousa began to think of it as a bicycle wheel, feeding water and drainage lines from the centre out like spokes. Each laboratory was assigned its own lines, so if something were to go wrong in one area it can be isolated and allow everybody else to keep working. A central power node feeds out to all the different areas. The chilled water and coolant systems were also placed on the roof, using gravity as an advantage.

Another key infrastructure design was safe handling of the hazardous gases required for semiconductor manufacturing. This required the construction of a toxic gas containment building custom built to meets state and international fire and gas codes.

A cleanroom facility set up to support many complex machines and processes at maximum efficiency is only part of the puzzle. It was also important to create a facility that allows the cleanroom technicians to have a working environment that they can do their best work in, and one that allows visitors maximum visibility. Brand new LED overhead lighting instead of harsh fluorescents mimics natural daylight and brings a bright airy feel to the space.

When technicians arrive to work at Sheaumann (still in street clothes), they enter a HEPA-filtered break room space that is cleaned 60 times an hour. After they clean their shoes with a motorised boot cleaner, they enter a large gowning room and get into a full cleanroom suit.

Once dressed, they go through an airlock shower with 1150 CFM fan before finally entering into the workspace. The result is an ISO Class 6 space that tests to ISO class 5. In addition, there is a ISO Class 7 space that tests very close to ISO Class 6 in certified particle count readings taken three times a day at multiple points in the rooms. 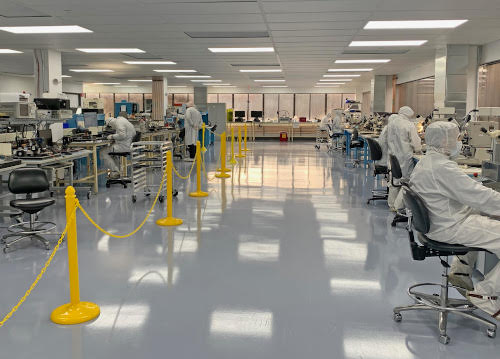 It is a clean that is measured… and heard. Each 650 CFM fan blown HEPA in the ceiling has its own motor, tuneable to control flow. An insulated, state-of-the-art cleanroom solid panel ceiling with gasketed trays ensures no dust from above the space falls into the workspace below. Brand new LED overhead lighting instead of harsh fluorescents mimics natural daylight and brings a bright airy feel to the space.

Sousa turned what would have been just a mechanical chase into a viewing corridor with windows in the cleanrooms. This “viewing corridor” is the part of the clean space that customer can walk down during a facility tour.

Giving customers a better view allows a better understanding of the equipment and steps used to manufacture their product. They can also witness first-hand the quality of the cleanroom and dedication of the technicians.

The CEO and owner of Sheaumann, Jim Hsieh, believes in the growth map of building the facility in the US. He started Lasertron founded on the same principles of engineering innovation and made major breakthroughs in the telecom industry in the 90s. When faced with moving the company out of its Marlborough location into something bigger, he said “Let’s do this right, from the ground up. Let’s buy a building and shape the place to our needs.”