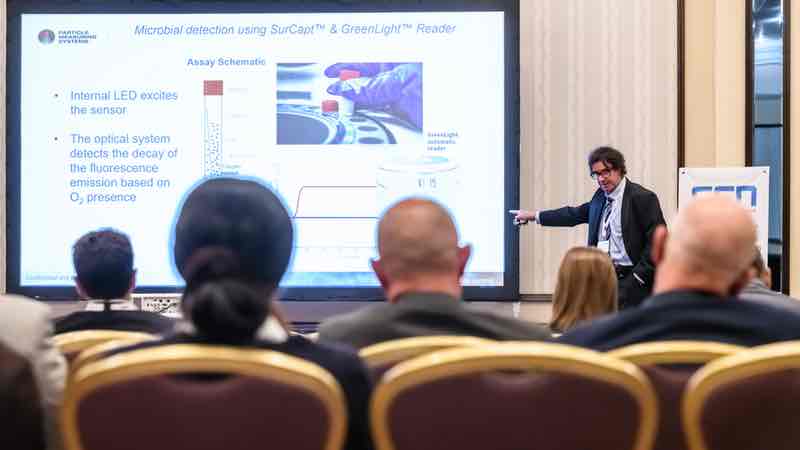 The spring in full swing played its part to welcome attendees to the Cleanroom Technology Conference 2019. Professionals from 31 countries across Europe, Asia, North America and further afield descended to the National Conference Centre in Birmingham, UK. Having just under 600 people under one roof on 22-23 May proves a busy event in its third year running.

Calling it a conference does not do justice to the event. The 67 exhibitors push the boundaries, not to mention the ambition, to becoming a trade show. The exhibition space is a sought-after feature and a valuable bonus to the networking platform, as Mike Gould, HVAC Manager at JD Cooling, recognises: “We had by far the greatest interest, prospects and networking opportunities from other exhibitors,” he tells me.

Whatever the reason to attend—networking, business leads or education—the Cleanroom Technology Conference 2019 fulfilled its promise to deliver a high-calibre event. Let's review the take-home messages of some of the topics on the agenda.

The first presentation by industry consultant Gordon Farquharson put good manufacturing practice (GMP) in the spotlight. The Principal and MD of Critical Systems commented on the existing standard and the Annex 1 revision on the horizon—he expected publication by the end of 2019.

Farquharson urged the audience to understand that GMP will always be about five years behind today's best practice, and probably a decade behind “state-of-the-art” manufacturing. Farquharson also presented three concepts that could help manufacturers to adhere to the GMP principles. He talked about “the direction of travel” of technology innovation, and that such tools should be incorporated within a contamination control strategy (CCS).

For Farquharson, the CCS should comprise the mechanisms and define the priorities for contamination risk mitigation. In pharmaceutical manufacturing, the CCS calls for the implementation of advanced aseptic processing with equipment ranging from blow-fil seals, isolators, RABS, to the automated robotic unit.

The presentation by Simon Tebb, Senior Regional Sales Manager at TSI, about air monitoring with fluorescence-based viable detection technology emphasised the real-time benefits of the tool. Based on TSI's Biotrak unit, Tebb dissected the operation of the equipment and explained how Pfizer reaped cost-efficient gains.

There are lots of people here to meet that you can't see every day, so to have an annual event is brilliant because you get to talk to people you haven't seen in a while, and learn of new contracts, possibly new business and new technology,” said Nigel Slater of CM Supply

With the question “should particle counters be used to test HEPA filters for leaks?” Andy Worsick set the tone of his presentation that explored the feasibility and practicality of using a particle counter for installed filter leak testing.

The analysis of recurrent microbial contamination in grade A (ISO 5) filling restricted access barrier system (RABS), was the topic of Walid El Azab, Technical Services Manager at STERIS. His presentation was based on a case study of a sterile biotechnology manufacturer that implemented VHP disinfection on the RABS every month. He demonstrated that the interaction of measurement, materials, and methods played a part in the cross-functional team investigation that led to short- and long-term corrective and preventive actions (CAPA).

This event is well put together and well attended by the industry, both by exhibitors and speakers, and it is one that we always attend. We find that the quality between exhibitors and delegates is very good; if you are in the cleanroom business, this is a must-attend event," said Steve Gibson, Sales Director at NGS Cleanroom Solutions

El Azab recommended complying with the validated wet contact time by re-applying where needed. He also suggested increasing the frequency of use VHP in critical areas such as grade A and B (ISO 5), and the creation of a task force to review microbial contamination control strategy and programme. 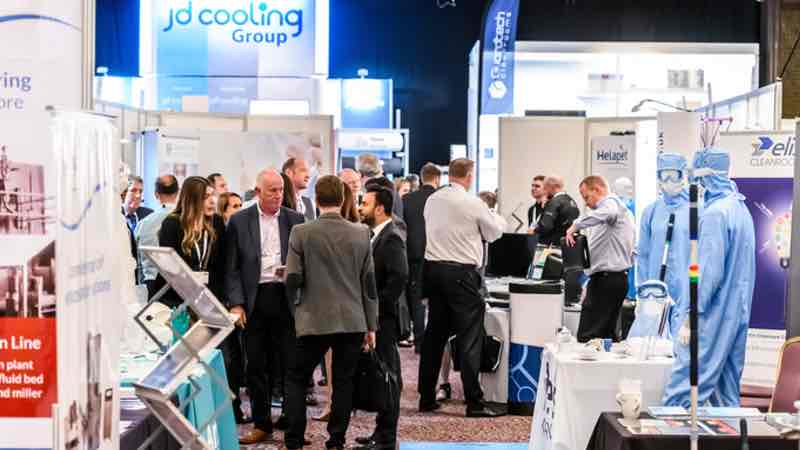 Talking about aseptic processing, David Keen, Senior Global Microbiology Consultant at Ecolab, explained why humans working in these critical areas are a gaping flaw in the operation. The take-home message was simple: a mindset shift is paramount.

Companies invest time and efforts into reducing the direct factors that cause or contribute to human errors, but Keen suggested to nudge humans out of mistakes might be even more cost-efficient. He demonstrated the nudge theory: the notion in behavioural science that proposes positive reinforcement and indirect suggestions to influence the behaviour and decision-making of groups or individuals.

With various ordinary life examples such as the musical staircase in Brussels part of an active life campaign, and the Icelandic road paintings pushing drivers to slow down ahead of a crossing, he illustrated the theory.

The take-home message from this conference is new technologies and anything innovative that's going to change the industry's practice, and also about regulatory updates," said Qamar Nawaz, Director Sterling Pharmaceuticals

How to nudge people out of errors in the cleanroom? Keen pointed to subtle ways of influencing behaviours and that microbiologists are good with understanding invisible risks, but also good at understanding the practices that cause them. “Nudge allows small changes to deliver big savings,” he said.

Energy efficiency expert Keith Beattie of EECO2 discussed energy-reduction in cleanroom operations without impact on performance. For Beattie, the focus on the air change rate is secondary and pointed out that reduction strategies should be considered on a case by case basis. He concluded that demand-based control of cleanroom HVAC systems has tremendous potential for energy reduction globally.

Also focusing on HVAC, Nigel Lenegan of Energy & Carbon Reduction Solutions, dissected the GMP principles of pharmaceutical manufacturing from both the regulatory and operational front and pointed out that when it comes to air changes, the scientific approach ensures an optimised and transparent solution. For Lenegan, essential considerations include effective ventilation, the number of people in the cleanroom, the type of garment and stage of dress, and any reasonable gap between calculated and class limits.

The facility arrangements, the agenda and the general buzz made for a great event in 2019. The highlight for me is the venue and size of the event. It is a big effort with a lot of commitment to setup and organise on such a scale,” said Tim Triggs, Chairman of the new Contamination Control Network

Speaking about controlling contamination sources, DuPont's Steve Marnach and Helen Tebay of Connect 2 Cleanrooms, outlined the new selection criteria of protective garments for cleanrooms and controlled environments inspired by the imminent release of Annex 1. As well as describing the different test methods, they pointed out that companies should assess, validate and audit the entire value chain and life-cycle of the garments, not only to adhere to the GMP guidance but also as part of a risk management culture. Both insisted that suppliers should provide information, tools and help for these types of risk assessments.

What's new on the 2020 programme? The fourth edition of our conference will see the debut of Manufacturing Chemist Live, a two-day conference running alongside our cleanroom agenda and focus on the latest technology and best practice for optimising pharmaceutical processing. Organised by our sister magazine, Manufacturing Chemist, the conference is set to uncover key HPAPI strategies and how to maximise and develop current processing strategies.

Commenting on the 2020 event, Kevin Robinson, Editor of Manufacturing Chemist, said: “We’re delighted to introduce the inaugural and complementary event that will address the pressing issues in the drug manufacturing industry. In 2020, the spotlight is on producing, processing and packaging highly potent dosage forms and tackling topics such as containment, process optimisation and safety. We're looking forward to some insightful discussions and helping you to enhance your business activities.”

Our May conference drew to a close on a high note with the support of our sponsors Ansell Nitritex, Guardtech, JD Cooling, Contec and Micronclean.

The Cleanroom Technology Conference 2020 takes place on 2-3 June at the National Conference Centre in Birmingham.

Simon Tebb, Senior Regional Sales Manager at TSI: “I like Cleanroom Technology, I think is the third time we have been here, and it seems to get busier and busier”

Feedback from all parties involved this year have been taken on board, and work is underway to repeat and improve the world-class event that Cleanroom Technology Conference has become to be known—this time around with a co-located event with a pharma focus.

The messages agree, however, that our event has become a unique opportunity to build industry contacts and knowledge, as the following testimonials point out.

N.B. This article is featured in the August 2019 issue of Cleanroom Technology. The latest digital edition is available online.