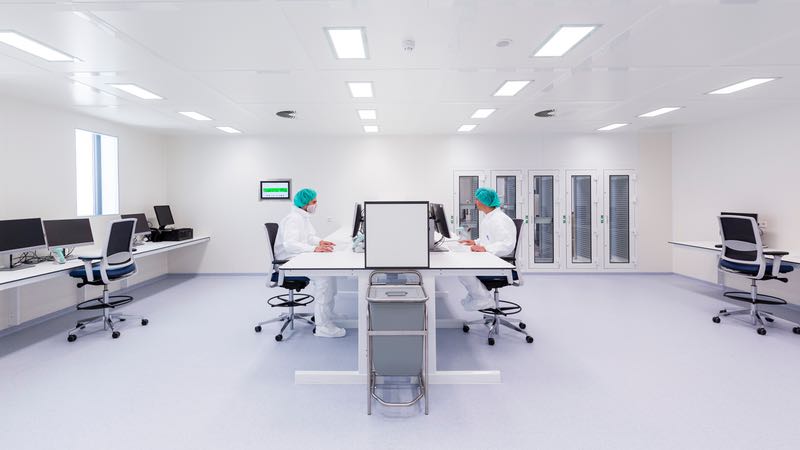 The assignment: to design and build a new compounding pharmacy in four months

Kuijpers and Brecon, members of Professional Partners for Controlled Environment (PP4CE) were chosen to deliver engineering and construction of an advanced pharmacy for the Princess Máxima Centre (PMC). Based in Utrecht, in the Netherlands, PMC opened in June this year to host care and top research for pediatric oncology.

The PMC was built opposite the Wilhelmina Children's Hospital of UMC Utrecht. The initial idea was that the centre would utilise the pharmacy facilities of the UMC. But, halfway through 2017, it was decided that a separate pharmacy at the PMC would be built.

After a qualitative selection process, PP4CE was awarded the detail engineering. In the contract provision Kuijpers took on the role of coordinating the installations and partner Brecon Cleanroom Systems (BCPS) took on the construction aspect of the cleanroom.

The assignment was clear: to design and build a new compounding pharmacy within the walls of the children’s oncology centre and make sure that it would be completed by April 2018, or within four months.

The expertise and wide experience of both PP4CE partners resulted in a successful realisation of the critical production environments including the compounding pharmacy. To ensure an expedient and successful realisation, a collaboration was formed with the client (PMC), the hospital pharmacist, an RTA consultant and builder MedicomZes, a specialist in healthcare projects. 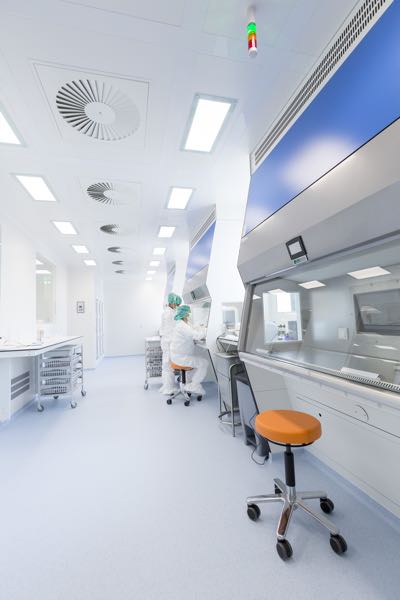 Kuijpers’ task package comprised the construction of all the necessary mechanical engineering installations, including the air treatment, climate, ventilation and lighting. The company was also responsible for the building automation which included the monitoring installations and seamlessly connected the pharmacy installations with those of the hospital.

Brecon took charge of installing more than 350sqm of cleanroom ceiling with HPL finishing. In the Class A and Class B cleanrooms, this system was finished entirely flush.

All walls, doors and windows were part of the modular BCPS (Brecon Cassette Panel System). In the room where the fully automated production takes place, an airtight Metaflex sliding door was installed. All of the construction parts were manufactured at the Brecon production location in Tilburg.

The floors were levelled by Brecon and finished in each room with the Gerflor Mipolam floor system, which includes a hollow plinth finish. The HPL furniture design and pass-through cabinets were also supplied and installed by Brecon Clean Furniture. PP4C partner WERO supplied the final cleaning of the cleanroom prior to validation.

The pharmacy’s cleanroom is comprised of three areas:

Both of these areas have separate air extraction and ventilation systems.

All systems in the cleanroom comply with the GMP guidelines. In the pharmacy, this concerns a series of GMP classifications: ranging from GMP-D in the (general) dressing rooms to GMP-A in the rooms where parenteral medicines are prepared.

Erik Rijpkema, project leader at Kuijpers, commented: “In order to comply with the GMP guidelines, systems must meet the design specifications and be professionally installed down to the smallest detail. This form of control and verification is for Kuijpers and Brecon an ongoing thread when it comes to cleanroom projects, including this one. By constantly monitoring the room conditions, we worked towards an optimal end result.”

The complete modular panel system has been recently tested and certificated by the Fraunhofer Institute for GMP class A and ISO 14644 class 3 cleanroom technology.