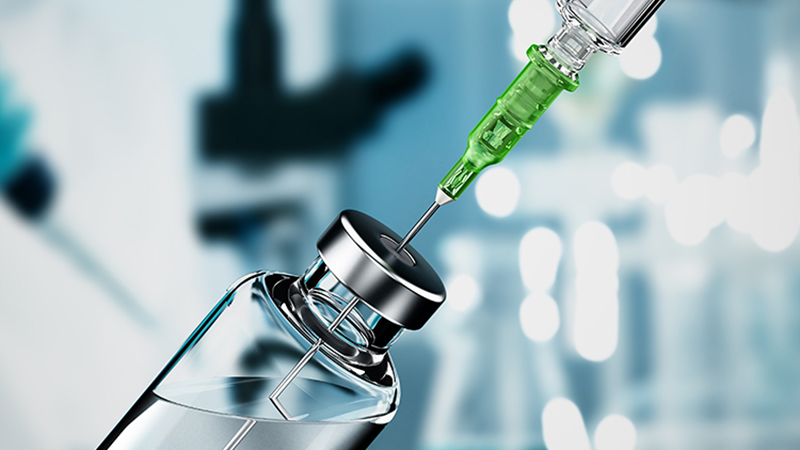 Water for injections (WFI) have historically been produced by distillation of pretreated municipal water, using a still. In most cases the still would have been fed with purified water manufactured using reverse osmosis (RO) with electrodeionisation. As the WFI product made was generally hot, most facilities would then have to maintain the water in the storage and distribution system at elevated temperatures, typically between 65–85 oC, ensuring robust control of bioburden. The production processes were designed around using the WFI hot, or cooling the water at the user point.

Other methods of production, such as reverse osmosis (RO) and ultrafiltration (UF) were allowed in the US and Japanese pharmacopoeias, but these methods have not been widely adopted, because the European Pharmacopoeia (EP) specifies distillation as the method of production. Due to the global nature of the industry, manufacturers want to be able to market their products around the world, making distillation the method of choice.

In April 2017 the EP specification for WFI (0169) was revised and now states that WFI should be produced by distillation or a purification process that is equivalent to distillation, stating reverse osmosis coupled with other appropriate technologies such as electrodeionisation, UF or nanofiltration, is suitable. The monograph also states that notice must be given to the supervisory authority of the manufacturer before implementation.

Now manufacturers can consider if using WFI at high temperatures is the most economical and efficient, choosing the best method of WFI generation to meet the requirements of the product manufacturer

The change to the WFI specification means that the highly purified water (HPW) parameter should become redundant as it is essentially the same product and it has been stated it should be deleted but when remains unknown.

Now manufacturers can consider if using WFI at high temperatures is the most economical and efficient, choosing the best method of WFI generation to meet the requirements of the product manufacturer. At existing facilities, it probably does not make sense to change to using a low temperature membrane production method, as the manufacturing facility has been validated and designed around hot WFI. But, at new manufacturing developments, the door is open for designers to produce the best solution for the processes used in drug development.

Is it safe to tread this new pathway to WFI? Since 2002 the industry has been using highly purified water EP WFI by methods other than distillation, where more highly microbiologically controlled water was needed, but the final product was not used for injectables. The use of HPW in the last decade has shown that these membrane technologies can robustly produce and maintain the high purity water required for safe production of injectable products.

So how does distillation and other methods differ? When people compare the methods they usually talk about the still. However, a distillation system is actually made up of a pretreatment system, which feeds the still with treated, typically, purified water. So, a typical distillation system might comprise of: prefiltration, water softening, carbon filtration, reverse osmosis, electrodeionisation and a WFI still.

A typical membrane-based system would comprise of the same pretreatment and purification, but replacing the still with an UF system, so the difference is to rely on phase change or UF. The water being fed into the still or ultrafilter will exceed the chemical requirements for WFI and is also likely to meet the bacterial and endotoxin limit, so the final treatment method is only being used to ensure compliance with the microbiological specifications for viable bacteria and bacterial endotoxins.

So, the question is, how good is the UF module? I would say very good based on my experience with HPW.

A typical ultrafilter module used in the production of WFI is manufactured from polyethersulfone and polysulfone, and can be operated at elevated temperatures and undergo regular hot water sanitisation.

The membranes would have a removal limit of 6,000 Daltons (Da), approx. 0.001 micron and the smallest endotoxin molecules are approximately 10,000 Da, forming aggregates of up to 1,000,000 Da. The hollow fibre membranes have inner and outer membranes to ensure robust filtration and operation in cross flow, so that the membrane surface is kept clear and the retentate water is recovered from the feed to the upstream reverse osmosis system. Typical results on the outlet of the UF membrane would be <1 CFU/100 ml and <0.02 EU/ml.

Knowing a WFI system that uses two membrane phases and RO followed by UF will deliver a robust source of WFI, Telstar Puretech has developed the Genesys (pictured) to give manufacturers and regulators peace of mind. In this system two stages of RO are used, with membrane degassing and electrodeionisation, followed by a final UF stage. This gives a three membrane filtration system, which gives both security of quality, but also reduces the need for any chemical cleaning of the electrodeionisation modules, hence reducing maintenance and maximising component life and system uptime.

The system has an automatic hot water sanitisation facility along with a chemical sanitisation and cleaning sequences to meet the expectations of the EMEA, along with online real time monitoring of conductivity and total organic carbon (TOC), with the option of online bacterial monitoring, to give constant ongoing monitoring of performance. 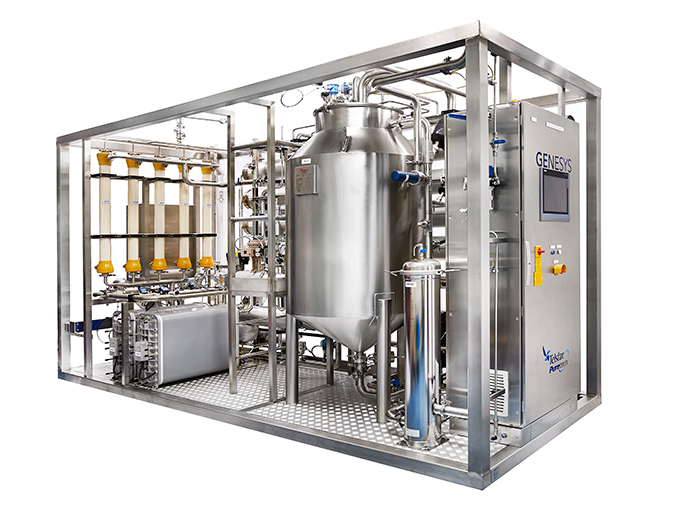 The Genesys system features two stages of RO with membrane degassing and electrodeionisation, followed by a final UF stage

The best for the application

The changes to the monograph raises some questions for companies who do not use the water for an injectable product.

What is a user to do when they have an HPW system and the specification is deleted? Should they then have a WFI system, do they need to inform the supervisory authority and look to make changes as suggested in the EMEA publications, discussing the expectations foreseen for producing WFI from other methods? Or should the product license be changed to state that purified water is used?

A sensible route for existing HPW users would be to do nothing, as it is likely the HPW monograph will not go away soon, if it ever does. Rumour has it that the HPW specification will be deleted in April 2019, but that existing users can continue to work to it; new applications, however, will need to use the WFI or purified water specifications. Nevertheless, users must wait for the official announcement.

Companies considering a new installation and requiring the high microbiological quality of WFI, such as in biotech/biologics applications, might find it beneficial to install a purified water system and include in-house limits for bacteria and endotoxins as per the WFI specification.

With the introduction of the option of producing WFI from other methods the end user can benefit from:

Going a stage further, how pharmaceutical grade waters are distributed around the facility. If using a membrane based WFI system, is a separate PW system needed? Surely WFI meets all the requirements of purified water? So, why not produce one grade of water and feed it into the purified water (PW) distribution and the WFI distribution. The cost of a WFI system is only marginally more expensive than a PW system, so having a larger WFI system will also bring overall capital savings.

Even better, for the approximate same capital cost two parallel WFI systems can feed the PW and WFI requirements, giving the user what everyone wants: security of supply. Would it be possible to have only one distribution system feeding the WFI and PW user points? Perhaps that is an idea for tomorrow.

Editor's note: This article will be featured in the August issue of Cleanroom Technology.