With a European modular cleanroom launch on the horizon, US-based Simplex Isolation Systems’ Director of Sales talks about trends in the cleanroom design & builds sector and his hopes and plans for the company to respond to them 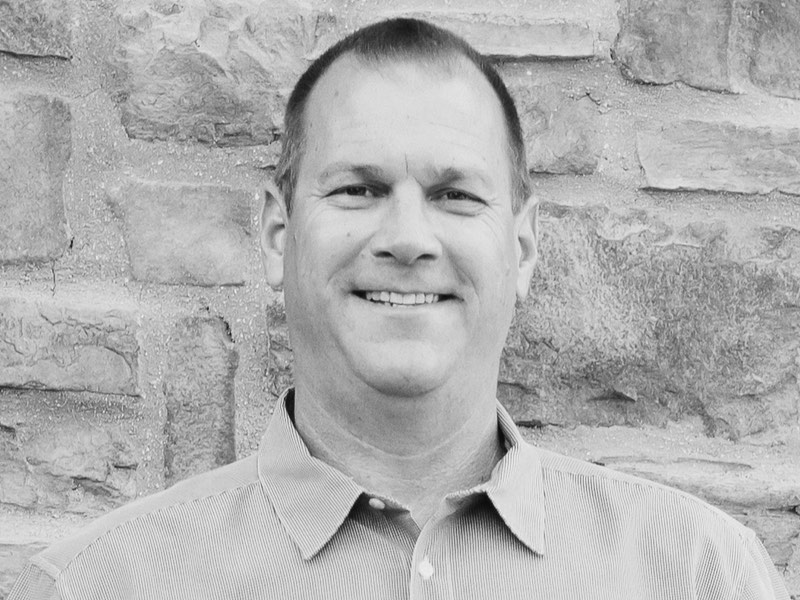 “One week I will be at NASA/JPL enclosing a satellite for testing and the next week I will be in a nail factory helping them reduce dust migration from the production to the packaging area,” says Simplex Isolation Systems’ Ward Patton with gusto talking about his career in the controlled environment sector. The Director of Sales for the cleanroom build expert expresses amazement over the number of different vertical markets he gets to participate in as part of this sector.

First joining Simplex in 2016, Patton came from a background in data centres. In the 1990s he was a Microsoft Certifies Systems Engineer, heavily involved in data centre component technical sales for a few companies. “[This] ultimately lead me to Simplex. Aisle containment products were exploding, and the modular cleanroom products were a simple solution to a new application.”

This experience with construction of critical facilities helped Patton fine-tune his knowledge to make the jump into the modular cleanroom market. Going into detail, he says that “time to market and precision-made products that are easy to deploy are the key aspects to this modular cleanroom market, which echoes parts of my previous roles.”

Even still, there was a steep learning curve at the beginning. “I was on a conference call with 7 very smart people from Stanford’s SLAC (Stanford Linear Accelerator Center) programme and had no idea what they were talking about or how to accomplish the requested task,” he recalls candidly. “Fortunately for me, Simplex had been designing custom-built controlled environments for 30 years before I arrived and there was plenty of knowledge freely passed along. I will forever be grateful for the mentoring by Jake Lucas and the late great Darren McKinnon.” 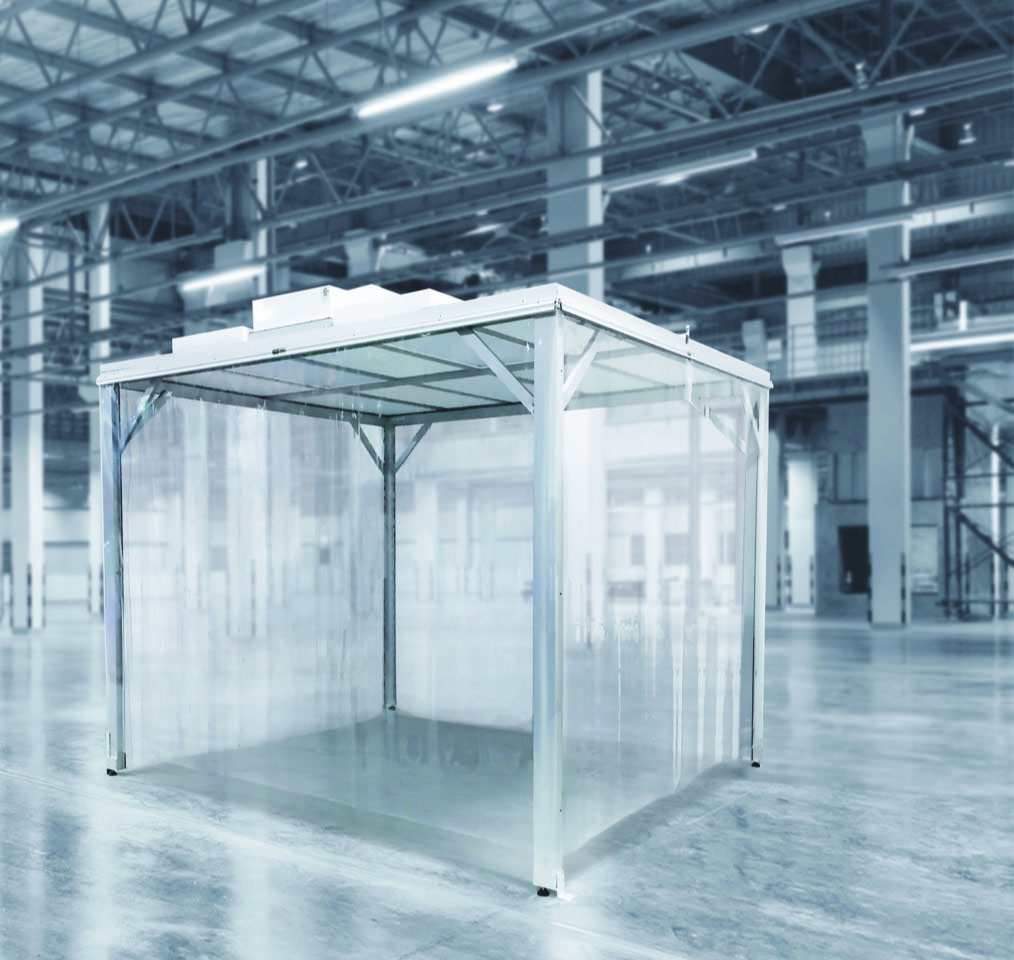 In his role, Patton is involved in qualifying leads and supporting the sales team. Aside from that, he explains that he also supports Simplex’s dealer network with training and site support and product development and marketing duties also come up from time to time. "It’s a well-rounded role where I get to explore all parts of the Simplex business,” Patton adds.

Now, six years later, Patton has learned a lot more. “I consider persistent hard work as the confidence base I stand upon,” he says. “Hard work doesn’t mean error-free. Some of us in the world learn the hard way through trial & failure but what an ingrained learning method it is.

“I can tell you about my first sales job interview. I was interviewing for a technical role and the interviewer laughed when I claimed I could not sell a campfire to an Eskimo, so I thought the technical team role was better suited to my people-pleasing nature.     I then explained that instead of selling what I think they need at that time and leaving without understanding the goal, I would rather qualify, research, prepare, design, find a best fit 3rd party complement item if needed, help install, teach upkeep, and maintain the perfect fire for their unique environment so they would be happy to call me again should the need arise. Turns out that is what people are looking for in a salesperson. Someone that will stand with them from start to finish and help make them look good to their stakeholders. Repeat business is guaranteed with this mentality and core values. I don’t consider myself a salesperson – I am a trusted business partner in the trenches with my customers.”

Looking back at 2020 feels like a fever dream. Industries in chaos, and sectors like controlled environments trying to keep a lot of the world afloat. Simplex was part of this, designing a hospital bed containment cover, along with a few quick-build COVID test kits labs. “Providing enclosures for the test facilities and test kit manufacturers will always stay with me as making a difference during that trying time,” Patton said.

When asked how the pandemic affected Simplex’s business model, Patton responds, “That’s a tough one.” He explains that the company was fortunate with the projects it had in the pipeline at that time. “We have since focused on the delivery of good quality products in a good time frame to keep up with the growing demand since restrictions have started to lift.” 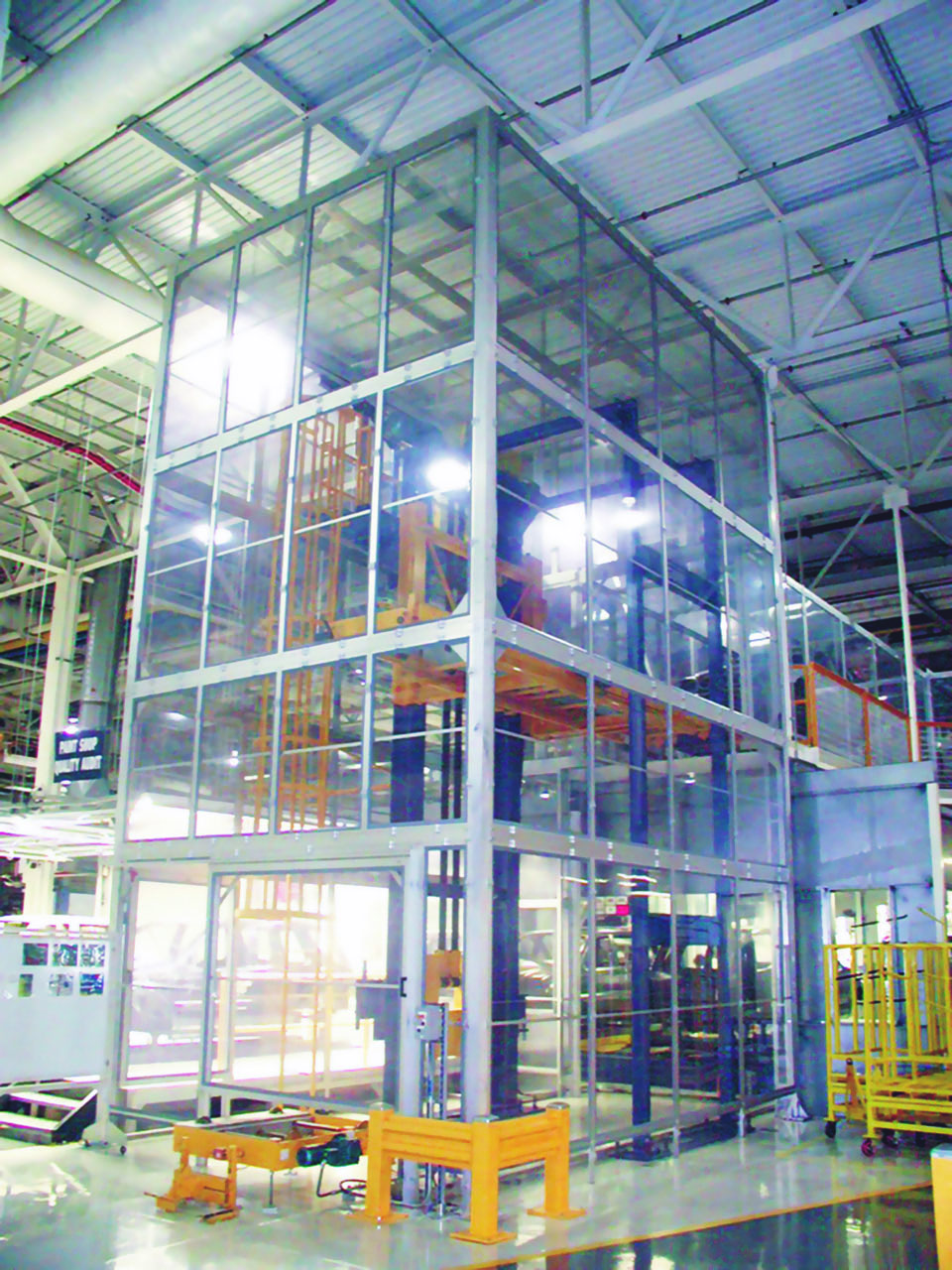 But this is a more complex issue than usual. The modular cleanroom expert is no stranger to the supply chain problems plaguing the globe. “Like with many companies, the supply chain issues have affected us, however, we source our raw materials from numerous sources so are confident in meeting the growing demand and meeting our customer’s project timelines.”

The 2017 acquisition of Simplex has helped balance out production concerns. The acquiring company, Seneca Holdings, owns roughly 18 companies. One of which is SubZero Engineering, the data centre containment and airflow management company. In 2021, the two companies made some major moves. "After a record-breaking revenue year in 2021, Simplex closed its California facility and partnered up with our sister company Subzero Engineering, in a much larger 160K sqft facility in Utah. This new facility quadrupled our manufacturing floor space and this union has allowed us to share products and resources for a better and quicker straight-to-market solution.”

Making the most of what you have

Though Simplex’s target market is vast, Patton identifies microelectronics, life sciences, and pharmaceuticals as having increasing demand in recent years. As an example, he talks about a large softball cleanroom that Simplex has in the works for a California-based aeronautical company. “This is utilising our unique POLYSIM softwall material with unmatched specs in today’s market - non-outgassing and forever ESD protective. A very tough but fun puzzle it will be,” he enthuses.

As a barometer of demands in these industries, Patton talks about Simplex products that are seeing growth. “We’ve found that our XPRO door, an affordable and reliable roll-up door, has been a recent trend that we’ve seen on the rise amongst our customers,” he explains. “This allows customers to bring in larger materials in a hands-free manner, making it an efficient and time-saving asset.” 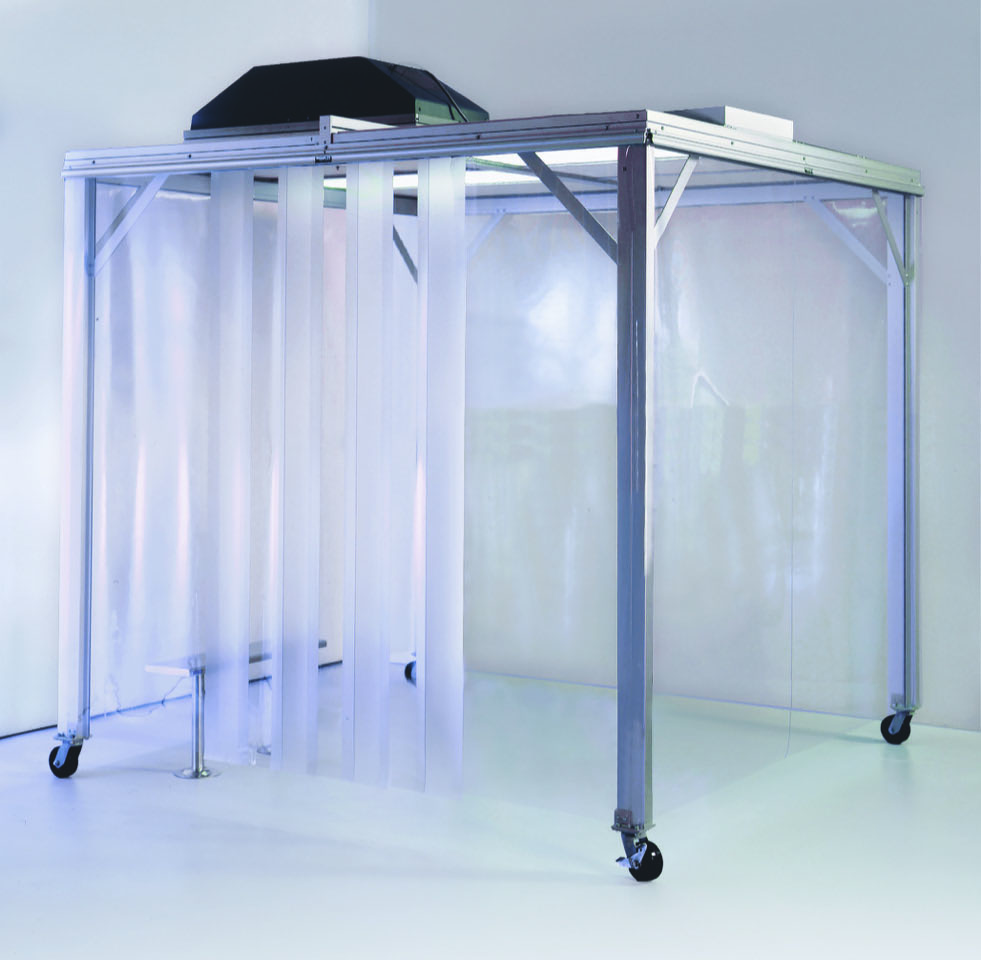 These characteristics of affordability and time-saving are more critical points than ever as Patton explains. He talks about how customers are eager to maximise floor space with a custom design or pay for the shell alone to fit out themselves. These are challenges that Patton takes on will glee. “Building around corners and columns, different height ceilings, recirculating plenum tops, crane access ceilings are unique and fun to design and then see in action,” he says.

Patton later comes back to the topic of maximising existing available space to reinforce its importance in today’s cleanroom design and build industry. “Nobody wants wasted floor space or an existing structure column to cause build issues,” he says. “This is overcome with CAD approval drawings for all parties to review and redline according to site dimensions and even workflow considerations.” Once these approvals drawings are signed off, he says it is typically 6-8 weeks until the project is operational.

Patton also talks enthusiastically about how sustainability and cost savings can go hand in hand. “I feel people need to understand that “status quo builds” are typically large and generate tremendous energy waste,” he explains. “Larger rooms need more initial material to be built, regularly cleaned, plus heated, or cooled year around. The alternative is a purpose-built cleanroom around a tool or process within a smaller footprint, that requires a fraction of the energy to operate than a full-scale stick-built cleanroom and results in energy savings worth the consideration. Think of surgery with a scalpel rather than a broad sword approach to design and enjoy tremendous energy savings that are easily substantiated.”

Simplex has been around since 1979 and Patton is keen to dive into how the company has been so stable for so long. “Our POLYSIM material is a tremendous differentiator that we are very proud of,” he explains. “Aside from that our unique exterior latching AIRLOCK product is a quick field assembly enclosure that allows the setup or breakdown of a room in a matter of hours, allowing for flat-pack storage for quicker action to market.” He also talks about the company’s use of aluminium framing as opposed to the commonly used powder-coated steel of many of its competitors.

“Using aluminium allows us to make changes in the factory easier and field modifications without the need for welding or dirty shutdowns,” Patton added.

Looking forward though, Patton has got some long days in his future. “Subzero Engineering has had a facility in Dublin Ireland for the last 5 years and now we are starting Simplex Cleanroom builds at that facility. This will allow us to bring our unique Modular Cleanrooms to the EU market this summer,” he says.

This launch will be a big undertaking but will be a huge step for the company. “As this is based on the Simplex design we will now be able to meet customer demands for a standardised, premium quality, cost-competitive and quick-to-install edge infrastructure system, that provides a reduced total cost of ownership of between 20%-30% in Europe.”