A country that is taking on many fronts of the pandemic response, Germany has a well-known pharmaceutical landscape and an enviable cleanroom backbone. But is it enough? 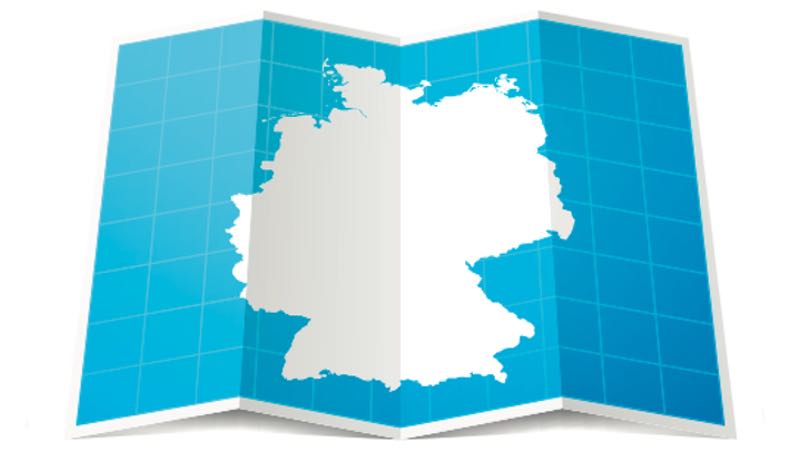 In most years, there are minor peaks and troughs in the cleanroom sector reflecting the small fluctuations in trends and opportunities that are presented. By comparison, 2020 has been the raging river compared to these babbling brooks. As we near the end of the year, Europe is seeing a second peak of the coronavirus, and lockdowns are spreading quickly.

Germany is tackling this challenge as one of the most influential pharmaceutical countries, and supporting this push is the cleanroom industry.

There are many ways that cleanroom sector is key to management of the pandemic, such as construction, microbiology, and hygiene and cleaning.

Right now, maybe you don’t have to be the first, maybe third is also ok

Thanks to Exyte's technology partnerships, the construction of modular GMP vaccine manufacturing facilities may be optimised more quickly and more flexibly for specific processes. Kappeler says: "A mistake in outdated modular concepts was that developed processes had to be adapted to the modular boundaries. We have successfully avoided such restrictions with the flexible and configurable ExyCell design."

Projects may have been delayed towards the beginning of the year, but there has seemingly now been a recognition of the essential nature of these projects and there is now no shortage of them. Sphairlab's aeronautical engineer that helped develop the inflatable cleanroom Sphairlab, Wolfgang Hassa, says the company has sold three of their lightweight, portable cleanrooms built with inexpensive materials in the last six months. First a 60 sqm ISO Class 8 to BoschRexroth for the production of masks (CUBE shape), next a 105 sqm ISO Class 7 for Hemovent for production of Oxygenator (TUBE shape), and finally a 40 sqm ISO Class 7 to Dr Faulhaber for assembly (CUBE shape).

"Modular means that proven and, if possible, standardised operational units are combined in design and construction to form an optimal, functional manufacturing process," explains Kappeler. However, the Sphairlab solutions seem to be a further step on from modular construction. "With a tube, you can stretch the Tube by putting further middle parts in. With a Cube you can add at all parts further cubes," Hassa says. "Both system you can increase later on when you realise the built rooms are too small. Or you can disassemble it and store it on only a few square metres when you don't need it so the blocked space is free again."

"Sphairlab was developed for use 24/7 as a standard cleanroom, the mobility is a bonus," Hassa says.

Germany has certainly been better than many, if not most

With regards to competition in the German industry, Hassa thinks that right now, maybe you don't have to be the first, maybe third is also ok. "But you shouldn't be the last," he says. Looking at the future competition, Hassa thinks that digital solutions are the obvious trends, but more courage in the sector is needed. "Rather than repeating the old block, we should try new innovations," he enthuses. "Every innovation is a risk."

Exyte are definitely in agreement about the digital trend and even signed a deal with Siemens in June for solutions for the biopharmaceutical industry by combining the digitalisation expertise of Siemens with the innovation boost from Exyte.

Hassa also has strong words about the pandemic: "The pandemic is not an issue for the industry, it is an issue for society. It is a test for each of us. For our way of living, our culture, and our ability and will to protect the old, the weak and the employees who lost their jobs. Nobody knows what the future will bring."

As with many countries and industries right now, vaccine and therapeutics are the most common projects in Germany. The country's cleanroom companies are attempting to provide rapid deployment of prefabricated plants to help enable and progress rapid mass production and shortened time-to-market for vaccines against SARS-CoV-2 and other diseases.

Exyte's Kappeler talks about Germany's horses in the vaccine race for COVID-19. "Two German companies, BioNTech and CureVac are part of the frontrunners in vaccine development," he says. "In addition, Roche's Penzberg site has been a leader in developing reliable diagnostic tests."

Vaccines and therapeutics are not the only pharmaceutical avenue to support the crisis that cleanroom players are actively contributing to in Germany. Dr Barbara Stadler is the Senior Manager Communications Europe for Beckman Coulter Diagnostics. The Germany-based company, that also produces particle monitoring solutions, is heavily involved in the microbiological side of coronavirus scientific efforts. In vitro diagnostics is the company's current focus and can have huge implications for the wider sector.

"Countries are looking for safe exit strategies from confinement measures. Most deconfinement strategies identify testing as a crucial component," says Stadler. "Different tests are relevant at different points of the progression of the disease. Molecular tests and serology tests are now broadly well known."

Stadler explains that one challenge for diagnostic providers is the high, and rapidly increasing, demand for these COVID-19 tests. "In a nutshell, the biggest challenge has been, and still is, the testing capacity for COVID-19. There is, however, a silver lining, because testing capacities have been enormously expanded by the labs in Germany," Stadler explains.

Countries are looking for safe exit strategies from confinement measures

As an example, Beckman Coulter developed a CE marked SARS-CoV-2-IgG antibody test and has increased production capacity to deliver more than 30 million tests per month. This serological test detects IgG antibodies directed against the receptor-binding domain of the spike protein. It has a proven sensitivity of 100% and a specificity of 99.8%. Stadler explains that the test can also be used to identify donors of convalescent plasma which can then be used to fight a second wave of infection via passive vaccination. "This is particularly helpful as long as no active vaccination is available," she adds.

Speaking on the countries testing capacity, Stadler says that, like many countries, testing capacities have not been sufficient. Nevertheless, she expresses that Germany has certainly been better than many, if not most, others. "A large number of the analysers are built into hospital information system networks, allowing laboratories to automate the reporting of serological test results," Stadler says.

"As the world continues to fight the pandemic, Beckman Coulter is committed to contributing to play its part in ensuring that people's lives and health can be protected," Stadler says. "Diagnostic tests will remain a central pillar in the phase of the deconfinement and societal adjustments and beyond."

Besides the COVID-19 testing, Stadler says there is an increased demand for infectious disease testing as new pathogen strains develop each year. "Some other factors contributing to the growth of the market include a rapid increase in the chronic and infectious disease population, technological advances, a rapidly ageing population, and the advent of point of care diagnostics. Some of the factors limiting the growth of the market are a lack of proper reimbursement policies and cumbersome regulatory framework."

This pandemic has caused many individuals and companies to stop and assess the world and its issues. In this contemplation, sustainability and the climate crisis has been a common thread and cleanroom contractors seem to be embracing the win-wins of a responsible ethos.

"Prevent Waste," Hassa says listing off many ways this can happen in construction. First, he identifies waste of time due it taking so long to build the cleanroom. Then the waste of material, he says to ask if you really need so much? Next, the waste of space, can you store your cleanroom when you don't need it. Then finally, waste of flexibility as you can't move your cleanroom from one place to another."All this waste could be prevented with a Spahirlab," Hassa adds.

The other side to this coin, Exyte's Kappeler speaks about the ways that cleanrooms can be built to be more sustainable in operation. "Primarily, the degree of utilisation should be as high as possible," he says. "The rooms should be designed in such a way that various processes with short downtimes for campaign changes are possible. Processes with high energy consumption, such as ventilation with 100% fresh air and without heat recovery or cleaning with CIP and SIP should therefore be reduced as much as possible."

At the end of the day, Germany is one of the big names in the pandemic, with an influential pharmaceutical landscape and an enviable cleanroom backbone. Whether it is enough is up to the players.