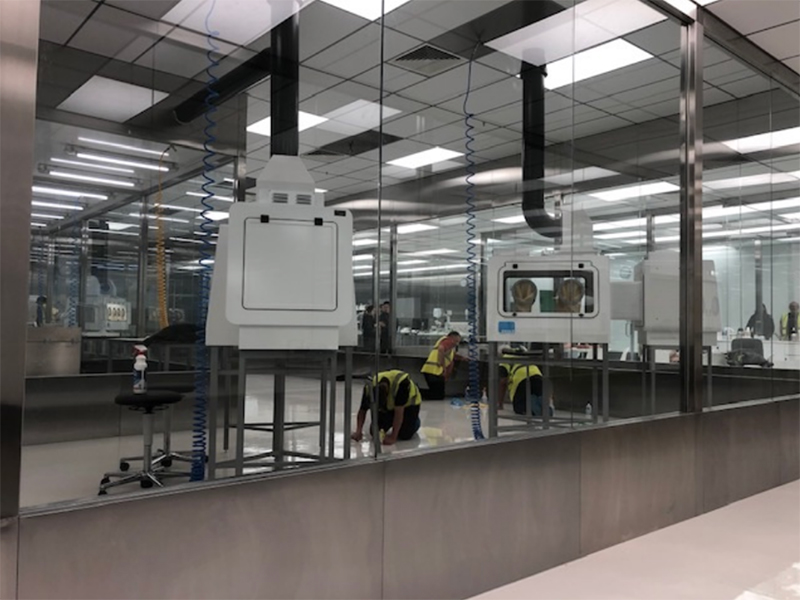 The company Envair Technology shares their experience in the film industry: "Back in May 2019, a phone call out of the blue turned into an exciting, clandestine project for our containment engineering expert.

Isolators on the prop list Kam Man, a Senior Set Decorator with B25 Productions, wanted to ask if we knew how to get hold of an isolator she’d seen in images of the MOD’s top-secret research laboratory Porton Down. Her job was to create a cleanroom set at Pinewood Studios for the latest James Bond film – at that time still unnamed, hence the ‘B25’ – the twenty fifth Bond movie.

By sheer coincidence, the isolator she had on her storyboard was one that Envair had installed at Porton Down 20 years ago, and it was Gary who recognised it as one of our own. However, that model had long since evolved into the more sophisticated equipment we sell today, so to help her recreate the look she wanted, Gary and Product Specialist Paul Rigby supplied a batch of original engineering drawings and ideas, and Kam’s team set to work to recreate a high-tech lab on the sound stage at Pinewood.

Within two weeks, the production team’s army of joiners had built a cleanroom bigger than our entire factory. Whilst many details of the plot remained secret, Gary and Paul learned that the laboratory would feature in a major set piece of the film, including a fireball through the central corridor that would destroy it.

The isolators were created out of wood and plastic, but with incredible attention to detail including replica HEPA filters and glove sleeves. Envair also rented two Bio 2+ microbiological safety cabinets to the production company. Gary and Paul visited the set a number of times to offer advice on what would be realistic to see in a real life lab, which resulted in some modifications, even allowing for the artistic licence that necessitated mirrored floors. 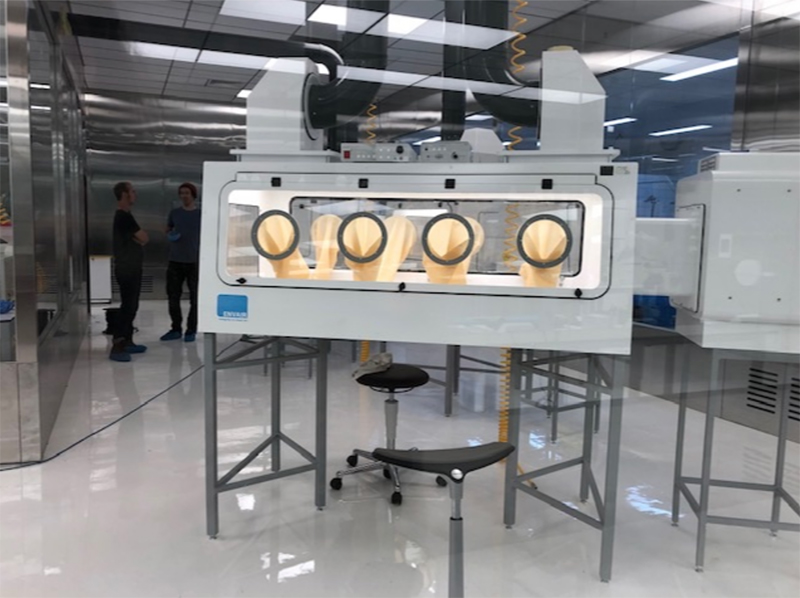 This replica isolator is based on original Envair designs but is made of plastic and wood.

After several calls and visits to answer questions about what equipment would be shown for different lab procedures such as mixing and balancing, Gary was on holiday when a final check was requested. So it was Paul who got the opportunity to meet Daniel Craig. 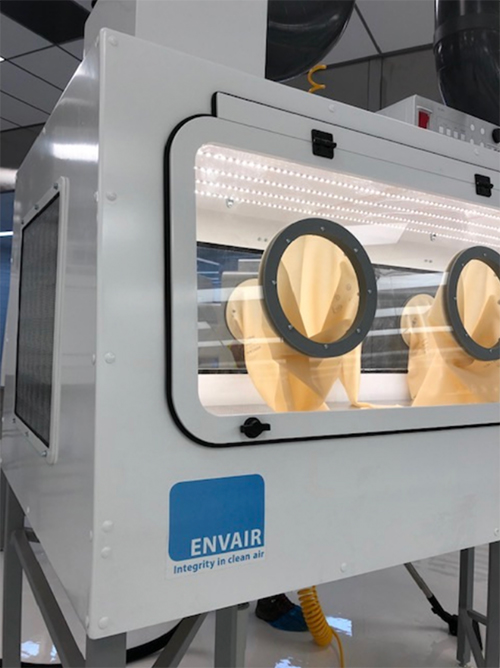 In a lovely bit of product placement, the set designers even recreated our logo on the equipment!

The Pinewood set was eventually destroyed in the controlled explosion that had been planned, but due to an error on set, it ended up blowing the roof off and causing a two week delay to filming. No Time To Die did appear to be the unluckiest Bond film so far, having also had its premiere postponed four times due to Covid. In fact, it was only when the trailer for US audiences was released that we saw a glimpse of our equipment in the lab scene. Blink and you’ll miss us at 46 seconds."

"It's no exaggeration to say that pretty much every member of the Envair team rushed out to watch No Time To Die when it finally premiered in October 2021, pointing out our equipment in the lab scene to bemused friends and family. It's good to know that when you're manufacturing killer nanobots, we're the containment specialists of choice!"