The European food sector has changed significantly over the last three years. The influence equipment manufacturers have had on cross-contamination and standard cleaning requirements is key to enabling these advances 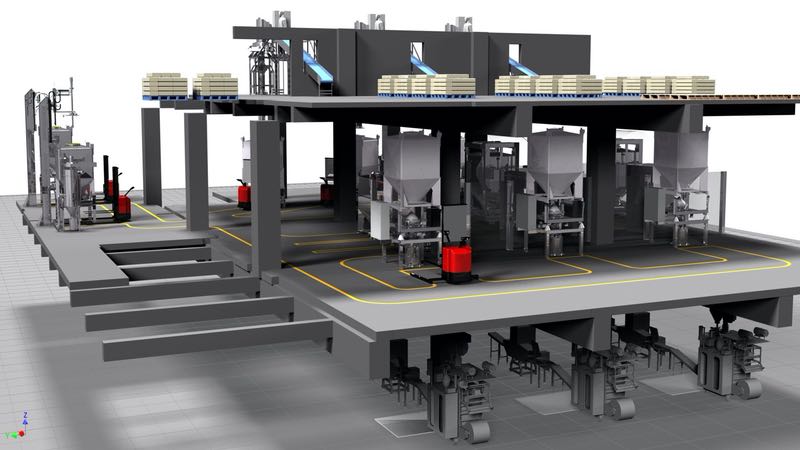 Consumer demand and industry regulation are often cited as key influencers in a growing market, but it is often the manufacturers that underpin industry changes as they innovate to stay competitive in their market sectors. Over recent years, new technology has been speeding up production processes throughout the food industry in Europe. Manufacturing automation and new process methodologies have allowed early adopters to become more flexible whilst quality and safety standards have also had to adapt to this new practice.

Holding an MBA, and with a background in engineering with the Royal Navy, Brown has spent several years working in food manufacturing at companies including Zeppelin Systems, BCH, Holmes Farm and Greenhalgh's Craft Bakery. He knows first-hand about the impact that equipment can have on an organisation and how important it is to stay up-to-date.

Although it might look as though the material has been transferred, there is often residue left behind

"I joined Matcon (part of IDEX Materials Processing Technologies) to help food producers who were losing market share through no fault of their own -other than an absence of updated equipment and knowledge- and enable them to compete globally."

Technology does age regardless of industry and with the fast pace at which the food industry is changing, manufacturers now acknowledge that their legacy equipment directly affects their ability to compete. Manufacturers who improve operations through capital investment will always be one step ahead of their competition. Food producers who were once leading the market can suddenly find themselves lagging behind in their manufacturing capabilities.

Brown describes how, to satisfy market demand, a bakery confectioner needed to produce much more bespoke product, rather than daily mass production of the same product as they had done for years. Each time they needed to switch varieties, a complete system clean-down was required leading to extremely high levels of lost production time. The more they tried to meet the market's demands, the less they were able to hit the required deadline and remain profitable. 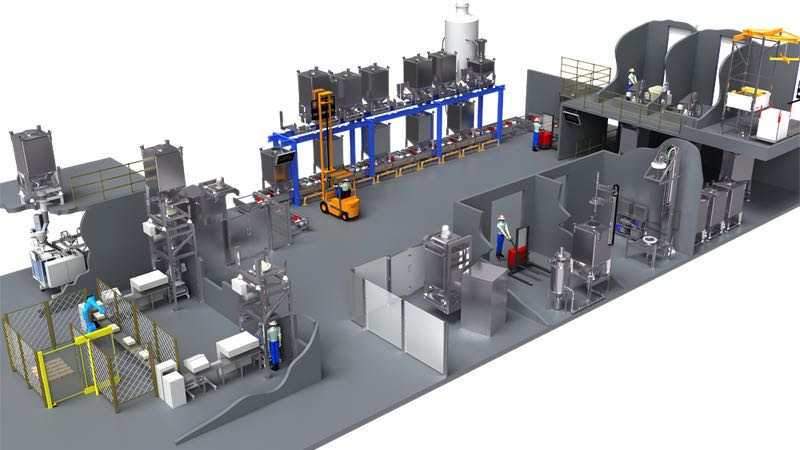 The confectioner also identified that validation of cleaning, product traceability and accurate labelling were becoming difficult with the limitations of legacy equipment and the increased risk of contamination was leading to lengthy cleaning routines, which tied up operators and affected the profitability of the line.

Brown added that although variety was originally a key market driver of change, the increase in allergen awareness has also greatly affected the industry. The potential for brand damage is huge if a product is produced with a fault, mislabelled, or worse, fails to alert consumers correctly of an allergen within a food product. As he realised that more and more food producers were experiencing the same production limitations, Brown looked to align himself with an engineering technology that could help the food producers compete.

In most food applications, Blending is the major source of increasing value to the products that go into the process. This is the case whether you are manufacturing sports nutrition, bakery products, or anything in between. However, the challenge that s presented is how to accommodate a wide portfolio of recipes and a vast array of different ingredients, several of which pose an allergen risk.

Some companies have been willing to spend significant amounts of capital installing multiple high-speed in-line mixing systems dedicated to each recipe in order to achieve high efficiency and throughput. But is this good enough? If you are making several recipe changes throughout the day, using a coupled mixer can be inflexible. You will need to conduct a full clean-down each time a recipe changes over, thereby creating idle time across all processing steps from formulation, through blending to packing whilst the cleaning takes place.

On a fixed mixer, the clean-down time between recipes can vary from half an hour up to a full 8-hour shift

Have you ever considered what you might be leaving behind in the traditional mixer after you thought it was fully emptied? Although it might look as though the material has been transferred, there is often residue left behind, clinging to the sidewalls, shaft, paddles and bearings, which is then washed away during cleaning. This is valuable product that costs money and shouldn't be flushed down the drain.

On a fixed mixer, the clean-down time between recipes can vary from as little as half an hour for a dry clean between non-allergen recipes, up to taking a full 8-hour shift for a full wet clean and dry. This represents a significant amount of not only wasted production time but also incurs an often overlooked element of manpower costs, as this is usually a very labour intensive activity.

Any traces of allergen must be eliminated. Verifying this is the case can be very time-consuming and costly in itself. Often bakery manufacturers will send a batch of flour through the process line after cleaning, and then examine it for allergen content. If the smallest element is detected the whole line is washed again and re-tested. This is obviously costly both in terms of time taken, but also the waste of product used for these validation purposes.

Using a system built using Intermediate Bulk Containers (IBCs) is more efficient and reduces problems with cleaning and contamination. Product is blended within the IBC itself, so only the container is cleaned, which is conducted off-line. The OEE (Overall Equipment Effectiveness) rate of the blender remains high as an immediate switch of IBCs can take place as there is no need to clean the blender between batches.

For allergen handling, in-bin blending offers a simple, safe solution. Containers can be dedicated to the allergen, but a common blender can be used as there are no product contact points on the blender.

Also, think about what space you need around an in-line mixer for loading and unloading product and cleaning. Also check on what ceiling height is necessary for access above and below. IBC Blenders tend to have a small footprint and head height, so if space is an issue or you are operating in a cleanroom, then it is worth exploring these further.

Because the IBC system remains closed at all times, even during the discharge process, the risk of dust being created or entering the system is significantly reduced. This means that allergens can be handled in the same building, thereby reducing the need for separate areas or hygiene zones.

Who knows what new products may be developed in the future. Just because you don't think you need container-based production today, what about tomorrow? If the number of new recipes continues to increase and are made from harder to handle product is your traditional in-line mixing system flexible enough?