Clearing up the bioplastic confusion

In clean and sterile environments there is a need for a lot of single-use consumables that contain plastic, but this poses an obvious environmental challenge. The categories of ‘green’ plastics can be confusing, but Bill Gaule from Key Plastics says clarifying the terminology of these bioplastics is vital to their increased use in industry 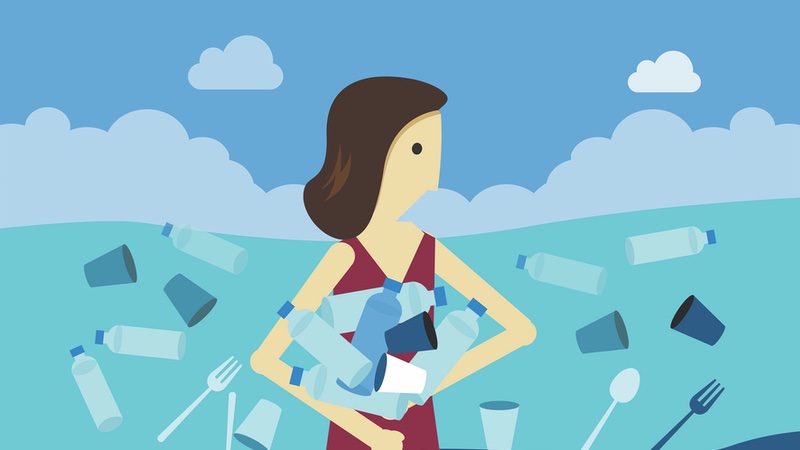 It's a bit of a cliché to say the world is changing but this has never been more true than in 2020. This year has put the spotlight on more things than a virus. The green agenda has at last been seen as a top priority for governments globally, and one of the biggest developments in industry in recent years that assists in "going green" is the uptake of biodegradables and related resources. This has been demonstrated by a steady rise in the use of bioplastics with its many applications. But the terminology within bioplastics can be confusing; so in this article we are going to demystify the language around plastics and related terminology that you are likely to see more often into 2021 and beyond.

Here are some of the most common terms used on the subject.

What does it all mean and how does it play out within the plastics sector?

Biobased products are essentially 'derived from plants and other renewable agricultural, marine, and forestry materials'. The products could be anything from clothing to tiles. This is essentially the opposite to non-renewables such as fossil fuels and petroleum-based products. You might be thinking that the latter is just relevant to oil and big business. However, there are many everyday products derived from petroleum such as chewing gum, lipstick, shampoo etc.

In essence, biobased and biosourced are interchangeable terms; they refer to the origin of the material.

So why do biobased plastics matter? There are many reasons. Fundamentally they are renewable resources, meaning they can grow again. This is different to the standard polymers and materials that are made from fossil and depletable resources.

There is widespread misunderstanding of the role bioplastics play

On the whole, the planet is running out of fossil fuels. While exact dates and timelines are hard to pinpoint (as new ones will inevitably be discovered) but it is expected that it will be greatly depleted by 2060. As the petroleum-based supply narrows, the costs go up. So in this sense, biobased plastics are better for the environment and are more sustainable in the long term.

Adding to these factors, biobased products can also be healthier. Take Styrofoam (polystyrene foam) for example (which is not biobased). When used with food products and heated - it can release toxic chemicals into the food which negatively impacts your health. On top of that, when exposed to sunlight e.g. at a landfill - it creates harmful air pollutants. A biobased alternative to Styrofoam would be polylactic acid (PLA) which can have the same functional benefits but it's far more eco-friendly.

This leads nicely onto the next commonly confused term.

Quite simply, if something is biodegradable, then given the right conditions and the presence of microorganisms, bacteria or fungi, it will eventually break down to its basic components and blend back into the earth.

There are many types of biodegradable plastics such as PLA, PHA, PBAT and PCL. These will naturally degrade if exposed to microorganisms, bacteria etc. Whereas the plastic that is most commonly used today does not biodegrade and therefore can be a threat to the environment if not recycled or disposed of in an effective manner.

Understanding this, what is the difference between biobased and biodegradable? This is often confused and it's totally different. Biobased refers to the source of the material used to make the plastic. Whereas biodegradable only refers to the fact that the material will degrade at the end of life. From there, it turns back into carbon dioxide or biomass.

Plastics that fall into these categories are as follows:

So you can see how there is confusion? But it's clear to see that there are significant benefits to the environment in working with PLA - which is also a very versatile plastic in this context.

But there are more terms for determining properties of plastics.

Well first of all, let's determine what does compostable mean? In basic terms, this is a product that can break down into carbon dioxide, water, inorganic compounds and biomass in small pieces usually within about 90 days. Essentially at the same rate of cellulose - which decays in soil within weeks or months.

One of the core benefits of something compostable is that it can act as a fertiliser and improve the soil's health. Also it doesn't leave any toxins behind. So where does that leave a compostable plastic? To be considered a compostable plastic the material must also disintegrate and become indistinguishable in compost with no toxins left behind.

This leads to the inevitable question of what is the difference between biodegradable and compostable? They both do the same thing right? Not quite, and the difference is key. As previously stated, biodegradable means the breaking down of a material with the assistance of microorganisms. However, crucially there is no time limit set when the product breaks down and depending on the plastic it can leave behind toxic residue. Compostable as a definition on the other hand, breaks down at the same rate of cellulose which is much quicker and it doesn't leave any toxins behind.

So as you can see the term biodegradable is somewhat open to interpretation in terms of a timeline. To be considered compostable requires the process to occur in a relatively short period of time (not hundreds of years).

To summarise: compostable plastics are different than biodegradable but are dependent on the right conditions to breakdown in a quicker timeline.

Bioplastics can be recycled but it has to be done in separate streams. This is important because if biodegradables and non-degradables mix together, it may change the specification and characteristics of the conventional material its mixed with. However, there are bioplastic types for which a stream already exists (eg biobased PE / PET) and these can be recycled together with their traditional counterparts (PE and PET).

An interesting group of plastics that do not easily fit in a category is oxo-degradable plastics. These can include additives that through oxidation can lead to fragmentation into microplastics or chemical decomposition. They are not bioplastics. Under UV light and/or heat and oxygen the process of oxidation from polymers to fragments increases. An example is low-density polyethylene (LDPE). Though not bioplastics these are not without their uses. Typical Oxo-Degradable plastics have included shopping bags, agricultural mulch films and more.

The reality is there are massive waste problems when it comes to plastics in the world today. With varying figures - it is estimated that 91% of plastic globally is not recycled. The knock-on effect for the environment and for us human beings is monumental.

The traditional model up to now has been buy, use and waste. This has been a perpetuating cycle in modern times. However, now we are beginning to see the consequences. It's not just about the tons of plastic in the oceans but its effect on us and our ecosystem.

However, there is a proposed solution to combat the problem: A circular-based economy.

This by its very nature is regenerative and restorative. It's circular because it means a closed-loop system instead of being used just once and then discarded. It is an attempt to enable used plastics to add value to the economy; one way or another. In this model, plastics are to be kept away from landfills and be reused, recycled or composted in practice.

All this makes sense but there is still widespread misuse and misunderstanding of the role bioplastics play. Bioplastics have tremendous opportunity but they must be used, and disposed of, in the right way. Taking the trouble to source a biobased and biodegradable plastic is a great first step, however, if it is not disposed of in the correct fashion, we are defeating the entire purpose. A bioplastic dumped in a marine environment can still cause the same issues as a petroleum-based plastic. Harnessing this greater awareness and understanding is vital to the future of the planet and all its inhabitants.

Bioplastics is a massive area with many different nuances and meanings when it comes to the terminology. Though they have tremendous potential when done in the right way it is not just as simple as adding the bio prefix. It's what we do with the product that counts.

It is a great first step and manufacturers and suppliers who switch to bioplastics are taking a leading role in the awareness of this issue and in educating customers about the value of what they are doing.