Cleanroom attire: How to don and to doff, that is the question

Correct cleanroom attire is one thing, correct donning and doffing is another. Though the exact gowning SOPs can differ, the general steps remain the same. Arthur Lettinga and Egle Hammering from Elis Cleanroom run through the process 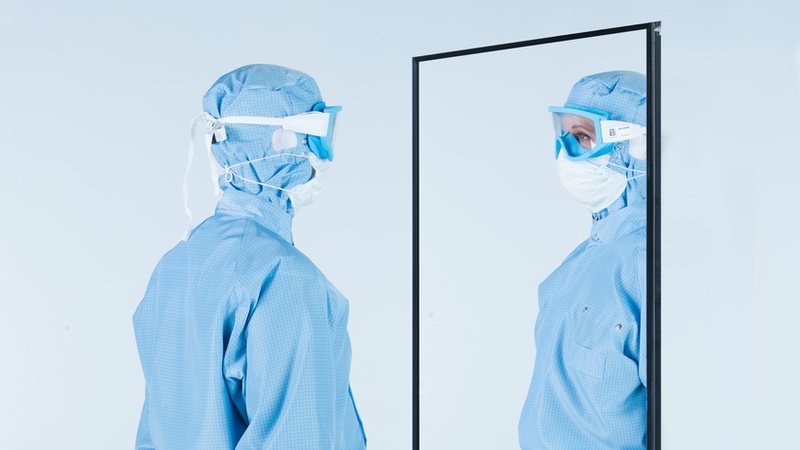 Having the correct cleanroom garments is a primary concern, however, gowning in the correct way is also paramount. If correctly worn, cleanroom garments will prevent contamination of the end-product and the wearer, but if the gowning or de-gowning takes place incorrectly then the impact could be catasterous. Therefore, training should be given on gowning and de-gowning and re-training over time to ensure everyone is familiar with the procedure. Reminders are necessary as, for example, if you work for an extended period in the same surroundings, you may develop bad habits which could be communicated to newcomers and the cycle continues.

A cleanroom gowning procedure could differ slightly between companies as per their SOP. In this article, we will talk about a guidance on cleanroom gowning for understanding how the sequence can be executed correctly based on recommendations in IEST-RP-CC027.2 and ISO 14644 Annex B.

From the outset, personal hygiene such as showering, keeping fingernails short, no jewellery and not using any lotions or sprays on the body are important factors as they can impact the cleanroom conditions. Personal outer garments and belongings should also be placed in a locker and if the operator is experiencing any health issues or skin problems, this should be reported to the management and they may have to be transferred to a non-critical working area.

After this, the first task is to don the undergarments and then the "facility suit with dedicated footwear". Dedicated footwear is often kept in a personal locker and the facility suit/coverall, as described in the SOP, can be collected either as a pool item from a general cabinet or is assigned to a specific wearer and stored in their personal locker. If assigned the wearer should check it is their number and appropriate to their department.

After washing, drying, and disinfecting hands, a mob cap and/or beard snood should be donned. Next, the designated facility suit /coverall and dedicated footwear should be donned. The use of reusable garments and footwear is preferable as all care has been taken that materials used are cleanroom compatible, garments are packaged to remain sterile and from a supply perspective there is no break in the supply chain as clean garments are delivered at the same time as used are collected. Given the 2020 furore surrounding lack of PPE and inferior standard products being produced, it is desirable to use a reputable supplier of reusable cleanroom products.

All cleanroom gowning should follow the top-bottom sequence, starting with garments on the head level and proceeding downwards. This way gravity helps avoid cross-contamination of clean or aseptic garments.

Finally, after another round of washing, drying and disinfecting hands, cleanroom gloves can be donned. What type of glove and how many pairs are used depends on individual SOPs.

Once in the airlock/changing room to the ISO Class 5 environment, hands should be washed again, and the drying and disinfecting procedure followed, then (sterile) cleanroom garments should be selected.

Always inspect the packaging for damage and leakage and do not use if damaged. At this point, the sterilisation indicator should also be checked. Careful consideration of each step and its impact are key, so the garment package should be disinfected before opening, as should an overstep bench if one is to be used.

Cleanroom gowning procedures could differ slightly between companies as per SOPs

Once again, follow the top-bottom procedure for gowning in sterile garments for an ISO Class 5 working environment. The order for overgarments is as follows.

Don the hood - Don the hood over the mob cap by holding the hood on the inner side and making sure everything in the head area is under the hood. Adjust the hood for a snug fit.

Don the boots - Use a bench, if available, to don each boot. Disinfect the bench before use and let it dry before taking a seat. Avoid excessive touching of the boot while donning then swing the first leg over the bench and place on the floor without touching the surface of the bench. Don the second boot in the same manner and swing second leg over.

Don the cleanroom goggle - Bend your head forward and place the google over your eye area, without touching the lens and minimal touching of the rim. Secure the silicon/textile band behind the head or use looped fabric straps to pull the goggle on. Ensure the goggles fit snug to the face, cover the nose and sit over the front of the hood.

Don the gloves - Adjust first layer/working gloves and disinfect. Open the next sterile gloves package and place gloves on the disinfected overstep bench. Hold the gloves at the cuffs to put them on and pull them over the fabric cuff of the coverall.

Once this is all completed, inspect the entire gowning system in a full-length mirror before you enter the cleanroom. Make sure that all studs and zippers are closed and there is no exposure of skin or hair. 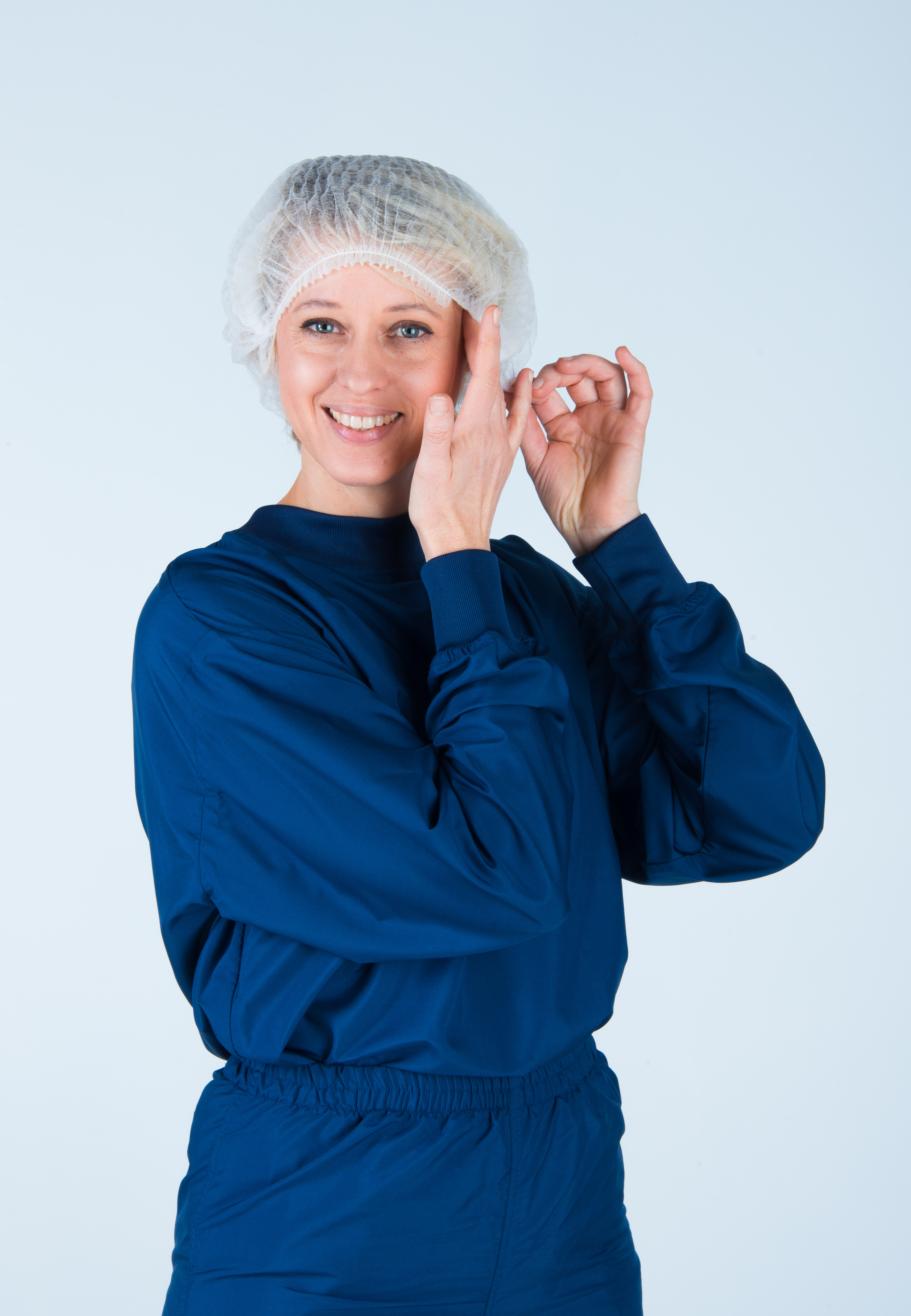 At this stage, you take three steps on the cleanroom mat (such as an Elis Cleanroom Flexi Mat) to remove remaining contamination from the soles of your cleanroom boots.

As stated in the introduction, aftercare is not always structurally embedded into the organisation and could lead to bad habits of operators. The new draft Annex 1 suggests that aftercare must be (re)assessed and states: "All personnel including those performing cleaning, maintenance, monitoring, and those that access cleanrooms should receive regular training, gowning qualification, and assessment in disciplines relevant to the correct manufacture of sterile products. The personnel working in a Grade A zone and Grade B areas should be trained for aseptic gowning and aseptic practices. Compliance with aseptic gowning procedures should be assessed and confirmed, periodically reassessed at least annually."

Therefore, having the right Gowning System Management, training and monitoring and auditing in place gives a positive impetus to maintain the desired level of cleanliness.

Cleanroom gowning is related to behaviour and skills of the operator, plus the written procedures must leave no room for misinterpretation. This all starts with QA having the right procedures for the specific cleanrooms and then giving training to follow them.