A brief history of microspheres

Microspheres offer numerous functional advantages for biopharmaceuticals. These tiny spherical particles can be derived from a growing range of organic and inorganic materials, making them an extremely versatile solution for novel drug delivery systems 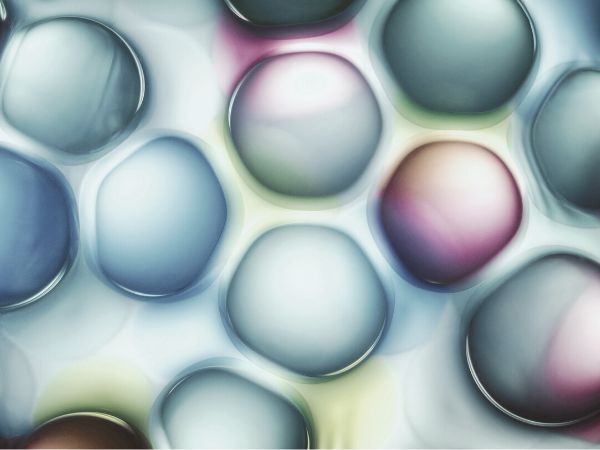 Researchers have generated porous or hollow microspheres to enhance their drug-carrying capacity. Such hollow glass microspheres have been used to protect fragile drug compounds in vivo and to extend their bioavailability. There have also been many strides forward with biodegradable polymer microspheres for controlled drug delivery. The growing availability of highly tunable microspheres has significant ramifications for treating numerous conditions, including embolisation therapy, lipoatrophy in AIDS patients, stress urinary incontinence (SUI) treatment), and so on. Microsphere technology is also of growing importance in precision medicine and targeted therapies for cancer and cardiovascular disease.

The future of microsphere technology is bright. But where did the use of spherical shape particles with microscopic size ranges originate?

The IUPAC defines a microsphere as a “microparticle of spherical shape without membrane of any distinct outer layer”, with a note that quality, sphericity, uniformity, particle size, and particle size distribution (PSD) vary wildly. Microscopic glass beads produced in New York in 1914 are perhaps the earliest example of synthetically produced particles which would fit that description. By 1922, enormous quantities of glass microspheres with high refractive indices were commissioned to produce movie screen coatings.

Hollow glass microspheres were developed as an offshoot of these glass beads during the ‘50s. Sometimes described as micro-balloons or glass bubbles, these hollow particles offered a significantly reduced density to solid glass microspheres, combined with enhanced functionality. This initiated the rapid growth and acceleration of microsphere technology. During the ‘60s, microspheres were used as fillers for the booming plastics industry.

However, ceramic and glass microspheres have limited applicability to the pharmaceutical sector compared with natural and synthetic polymers. Microspheres composed of biocompatible polymers have a tightly controlled, uniform shape and size, demonstrated by predictable behaviour when injected. This opens up numerous avenues of application for in vivo clinical use of polymeric microspheres. Although the scope of application is ever-growing, clinical use of polymer microspheres can largely be broken down into one of three areas. They are used: in fillers and bulking agents to replace lost tissue volume; as embolic particles; and as drug delivery vehicles.

Continual refinement of the technologies underlying how microspheres are made has enabled a new generation of biomedical-grade solutions. Manufacturers can now develop various systems based on synthetic biopolymers, ceramics, and bioactive glasses. The geometries of these particles can also be finely tuned, as can the porosity, to improve mass density and surface area greatly. Alongside the apparent drug absorption and release kinetics that this entails, tailoring particles enhances their interconnectivity and allows for the assembly of three-dimensional porous scaffolds. The biomedical applications of microspheres, therefore, are extremely broad in scope.

Powder Systems Ltd (PSL) is a leading supplier of microsphere refinement equipment for the pharmaceutical industry. Our unique MSR™ technology is specially designed to improve the formulation of polymeric microspheres for drug development and is proven at all levels production, from early R&D activities up to clinical trials.

If you would like to learn more about the benefits of polymeric microspheres for biomedical applications, read our article: 7 Advantages of Biodegradable Microspheres for Drug Delivery. Alternatively, get in touch with PSL today if you have any questions regarding the solutions we offer.