Southeast Asia is a fascinating cleanroom scene, with a thriving consumables and and PPE sector, world hubs for chip production that affect the entire globe, and an interesting culture of branches based on countries. But is this emerging market a victim of its own success? 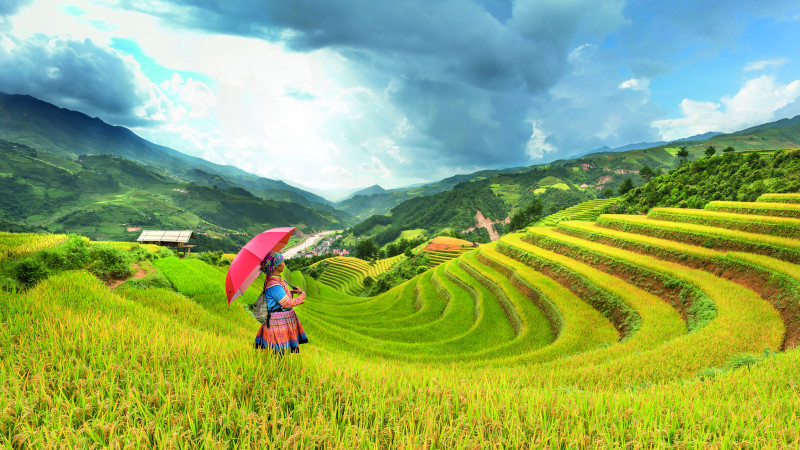 Southeast Asia is an emerging market, that is becoming more and more important on the global stage. With more than 650 million inhabitants and a growing infrastructure, the market is phenomenally important to many industries. As such, cleanroom suppliers have got a critical role to play in the region’s growth.

Most will be aware of the area as a centre of semiconductor production in the world due to the constant conversation around the topic and how it plays into global supply chains and potential shortages. However, many would be unaware of the thriving pharmaceutical scene that exists there too. When speaking to Micronova’s Director of Global Sales & Marketing, Mary Taylor, she explains that most of this business comes from the biopharma sector, with some from the healthcare side too. It is an innovation-heavy area looking to cement its position at the top. Between these sectors, there is so much opportunity to be capitalised on, it is just a matter of who will do it on the cleanroom side.

As an emerging sector, the region has an expected balance of new and established players in the market. “There are competitors that have been embedded in the region for a number of years and there are newer players. Some of the competitors are the same seen in Europe, but in other cases, they are local and may be sourcing from other companies in Asia,” Taylor explains.

This is not just the case with aseptic processing specialist’s own competition on the supplier side, but also with the clients. This provides an unexpected advantage for companies like California-based Micronova. “A lot of our PacRim customers are a part of a large global entity with another site already using the Micronova product,” she says. “The parent companies of the customers we see in SE Asia may have headquarters in Europe, US, Japan, or China.”

So it seems in the region there is a distinct advantage for the global companies. But there is also a counter to this for the local businesses. Asiatic Fibre Corporation’s (AFC) marketing specialist, Aris Munandar, explains that because it is a newer market, and it still developing, it does provide a blank slate for new players and new facilities to emerge. “This creates opportunities for new ideas,” Munandar says.

Rubber gloves are a central industry in Malaysia

Another point in favour of the local businesses is the smaller footprint and greater efficiency that these facilities can provide to the spread out countries across the region. However, Munandar explains that a lot of these companies can be export focused. “[This keeps]them highly focused on the various regulations and compliance,” he says.

As these areas become export focused, the opportunity for acquisitions and partnerships is ripe. AFC is a controlled environment textile supplier based in Taiwan, but doesn’t stop there, with business and offices throughout other places in Asia. The geographic nature of the area is of one separated by waters and this surely has an impact on the type of transport and logistics that is feasible. Munandar also emphasises the need for logistical improvements to maintain the regions growth, especially as supply chains and lead times have suffering from the now almost two-year pandemic.

The countries that seem to be discussed most with regard to the cleanroom industry in SE Asia are: Indonesia, Malaysia, Philippines, Thailand, Vietnam, and Singapore.

There are a few trends that seem to crop up in SE Asia. An interesting one that Micronova’s Taylor discusses there is little to no requirement for ISO Class 3-5 cleanrooms. This could be for a number of reasons, but is an interesting aspect to define the region.

Taylor says another trademark characteristic of SE Asia is human-intensive industries. “Some countries, Indonesia for example, has plenty of human resource to support industries and manufacturing lines, this equals to a higher demand for cleanroom textiles,” she says.

Taylor goes on to say that these human intensive industries and the shift in manufacturing/supply chain to SE Asia, are something that the company is looking into. From what she has seen, this demand mostly focuses on mid to low spec cleanroom fabric. Taking this and the lack of Class 3-5 cleanrooms, this may imply that the majority of cleanroom in the SE Asia region are of Class 6-8.

Thanks to a few big players, rubber gloves are a central industry in Malaysia, which more than any of the other countries in the area has a distinct focus on one sector. Though there had been concerns on about conditions, the pandemic brought so much business and money to the country and demand went through the roof. Though so countries are known for innovation or a sector, it is exceedingly rare to be so focused on a single product.

Stay in the know

Information on the growth of cleanroom consumables is abundant, as this sector thrives in the region. However, information on the design, build, and outfitting of cleanrooms is harder to come by. Recently Cleanroom Technology reported on the deal between SE Asia agent, Repassa, and the France-based sterile transfer equipment specialist, ABC Transfer. This is just one example of the import of pharmaceutical equipment and potentially shows a sign of how the industry operates. Though there is a some cause for optimism on local construction, as engineering firms like Takasago Singapore, officially launched in 2005, build its clientele. This company is a business started by a Japanese HVAC system specialist, Takasago Thermal Engineering Company. Throughout the early 2010s, this company also established companies in Myanmar, Indonesia, Vietnam, China, and India. ON the equipment side of things, there are companies like ESCO Lifesciences Group based in Singapore that is focused on containment solutions such as isolators, BSL cabinets, and fume cupboards. The company built its first microelectronics cleanroom shortly after opening in 1978, and the project was for the well-known firm Siemens. In May of 2021, ESCO raised over $200m for growth plans, of which a decent proportion came from investment group NOVO Holdings. This came just a few months after Novo opened its first Asian office in Singapore. This is an example of international companies that are seeing the gap in the market for cleanroom contractors and equipment suppliers in the region.

It seems branches in each individual country are a huge part of the SE Asia business model. Taiwan-based AFC is looking forward to such an event soon. Munandar explains that they are looking forward to launching their Vietnam branch in the upcoming months.

When talking about some projects that Taylor is excited about, she talks about a few projects and equipment that are in the company’s plans. First she talks about modular carts and their potential, but other initiatives she seems to be accentuated are; simplified mopping, detergent, and special materials such as foams/sponges.

In a time that has been hard for everyone across the globe, the affects of the pandemic on SE Asia have been severe. As a region building its export business, this was certainly a terrible time for huge delays and border issues.

“SEA has been hit hard by pandemic, leading to factory shut down and lock downs, routine business has reduced more than 50%, meaning less demand coming from this region,” explains Taylor.

Taiwan and South Korea became a victim of their own success when the semiconductor shortage was accentuated by the pandemic. Hosting the major players, TSMC and Samsung, the countries are the source of most of the words supply of chips. At first the shortage came from increased demand from the consumer electronics sector as everyone was shut indoors for month at a time, but snowballed into the auto industry and beyond as the manufacturing affects hit SE Asia. When SE Asia suffers, the whole world suffers, and as the manufacturing reduction mixed with shipping issue increased, the whole world felt the affects of the chip shortage. Now it seems like every other day new fabs are being announced around the world to try and make up for this production shortfall. It will be interesting to see in the future if countries prioritise domestic production long-term, or if this is just a fleeting trend.