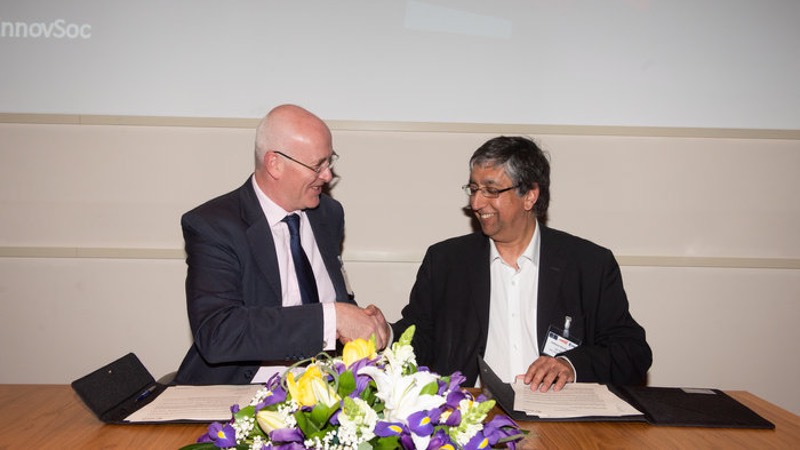 Plans to boost existing partnerships on projects from artificial intelligence to extra-terrestrial geology between staff at the University of Oxford and ESA have been agreed.

The relationship allows the two bodies to share resource, facilities and information, providing great benefit to both. The agency has long been located on the Harwell Science and Innovation Campus, contributing to the capabilites of the site, while the university provides expertise for many missions and projects.

Appleyard said: “The European Space Agency relies on the constant flow of ideas from academia to support innovation both in technology development, space mission concepts and space applications.”

A letter of intent between the two organisations was signed on 21 March 2019 at the Oxford Innovation Society dinner on space and satellites by Chas Bountra, pro-vice chancellor for innovation at the University of Oxford, and Nick Appleyard, head of business applications at ESA.

Simon Jackman of the Industrial Research Partnerships team at the University of Oxford said: “This Letter of Intent gives university researchers an opportunity to collaborate more closely with the European Space Agency across a wide range of topic areas. We will be running joint events and hosting interchange of staff as well as developing new projects together.”

Giving his insight on the partnership, Appleyard said: “Because of its world-class reputation for excellence and its close proximity to the ESA establishment in the UK (ECSAT), the University of Oxford holds a unique position in ESA’s relationship to academia. The Letter of Intent formalises and strengthens the already ongoing collaboration between ESA and the University of Oxford in a number of exciting areas of research and emerging application models.”