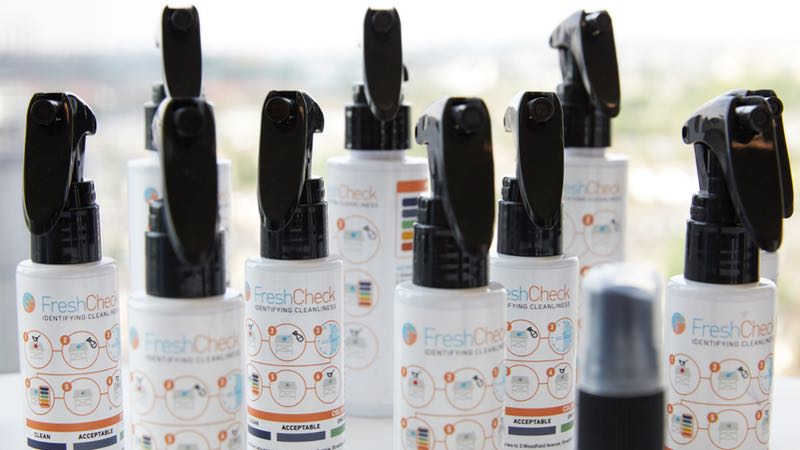 FreshCheck is a spray that gives a colour change response to the presence of bacteria within 30 seconds. Giving a qualitative response down to 25 cm2 for the existence of Salmonella.

The ATP monitoring detects bioluminescence in cells, such as bacteria. This method has an immediate response but has unreliability at low levels. TVC assessment gives exact estimates of the concentration of bacteria down to low levels, but due to the necessity of a lab has a time delay.

This new spray gives a quick response and has been proven to reveal low levels of pathogenic and spoilage bacteria and as such has been released in the UK into food service and retail, processing and manufacturing.

FreshCheck has begun to be used in industries such as Ichiban UK, a producer of sushi based in Suffolk.

Jon Day, the site manager for Ichiban, who has been using FreshCheck for over two months, says it is “an ideal tool for training hygiene operatives in the area they need to focus on.”

The sole distribution rights for this new method has been acquired by Christeyns Food Hygiene.